In recent times, Peru has emerged as one of the key producers of metal ores in the global mining space. Replete with copper, silver, zinc, and gold, Peru has attracted various investors from far and wide who are looking to tap into its immense natural resource potentials.

The country is home to vast metal reserves: Peru ranks second in the world in copper reserves, seventh in gold reserves, and first in silver reserves. Peruvian copper deposits are typically porphyritic in nature, gold deposits are orogenic, and silver is often produced as a by-product from copper and gold. Copper is Peru’s primary mineral export, producing a total of 2.46 million tons in 2019. The copper mining industry is dominated by large open pit mines, with eight mining operations accounting for more than 90% of the country’s total copper output. Many of the world’s major mining companies operate in Peru, and despite political challenges, junior mining companies are beginning to gain a foothold among those exploring Peru’s great mineral reserves.

Mining in Peru: Humble Beginnings for a New Frontier

From a historical perspective, precious mineral mining in Peru is steeped in humble origins. The first mineral prospectors were mostly locals who used manual panning techniques to recover gold from placer deposits. Recovering gold this way was a slow and arduous task that yielded few gains. To increase productivity, these small-scale miners often employed the use of mercury in their gold ore processing efforts. The formation of a mercury-gold amalgam helped aggregate minute gold particles which could be subsequently separated from the mercury to produce gold of high purity.

However, while the miners started to yield significant gains for their efforts, their activities impacted negatively the environment, especially harming aquatic life. To date, illicit precious metal recovery involves the use of mercury and other harmful chemicals to improve yield.

Currently facilitated through the Peruvian Ministry of Energy and Mines, several public-private partnerships have been put in place to maximize the recovery of metal ores found in the country. More recently, environmental regulations governing the mining of precious mineral resources in Peru have tightened. The Peruvian government also has an enabling tax climate, providing incentives that encourage foreign investments in the mining sector.

The techniques used in mineral ore mining have evolved significantly to date. Although conventional surface mining techniques such as hard rock mining and by-product metal recovery are still the main methods for the extraction of gold, silver, and other precious metals, the introduction of new technologies will give a huge boost to Peru’s already impressive mining credentials. The use of mass mining methods, such as block caving, allows the exploration and recovery of metals ores in previously inaccessible sites, at a low cost to mine operators. Additionally, highly mechanized, remote access mining is an area with the potential to completely revolutionize future mining operations in Peru.

The Evolution of Peru’s Mining Majors

Helped by an abundance of untapped earth metal reserves, reasonable governmental regulations on mineral mining, and a steady flow of investment capital, Peru’s mining industry has unsurprisingly continued to gain momentum with each passing year. Although the mining space is dominated by some key players involved in the recovery of various precious and base metals including gold, silver, copper, and zinc, the junior mining corporations are also making significant contributions to Peru’s annual mineral outputs.

A significant amount of the gold mined in Peru originates from the Yanacocha gold mine in the country’s Northern Highlands. Ranked as the world’s fourth-largest gold mine, the Yanacocha mine is run as a joint venture between three mining players (Newmont Goldcorp, Buenaventura, and the International Finance Corporation). In addition to its stake in Yanacocha Mine operated by Newmont, Buenaventura also maintains two other gold operations (Orcopampa and Tambomayo), one silver mine (Uchucchacua), and one copper mine (Marcapunta). Buenaventura tops the list in terms of contributions to Peru’s annual gold and silver production, generating 590,100 oz. of gold and 24.7 million oz. of silver in 2018.

Other major players in Peru’s gold mining space include:

Despite being listed as one of the largest gold mines globally, gold production in Yanacocha peaked in 2005 and has experienced a continued decline since. Similarly, Lagunas Norte operated by Barrick is also facing depletion of its reserves. At present, major mining companies are exploring new technologies that will help extend the life spans of their mines for as long as possible. Minera Ponderosa has increased its use of modern remotely controlled machines to boost output at its production facilities, which it claims would have been impossible using conventional mining techniques.

In tandem with growing consumption worldwide, the copper mining industry in Peru has experienced a boom. In 2018, the quantities of copper produced by the country’s mines reached 2.44 million metric tons, almost doubling its exports in just under a decade and positioning Peru as the second-largest copper mining nation behind Chile.

Most of Peru’s silver exports flow out of the Uchucchacua Mine run by Buenaventura company (24.7 million oz. in 2018), along with silver recovered by Hochschild Mining’s Arcata and Pallancata mines (9.4 million oz. in 2018) and Pan American Silver Corp’s Huaron mine.

Junior mining companies are equally eager to carve a niche for themselves in the Peruvian mineral mining space. A general concession among industry speculators is that a slow and arduous process of obtaining mining permits has mostly affected the growth of smaller mining firms. However, in spite of the licensing bottlenecks these junior companies have to overcome, they are making significant strides in upgrading their capabilities for both base and precious mineral exploration.

As of 2019, PPX Mining had completed pre-feasibility studies for the Igor gold-silver project and acquired permits to build its processing plants. The Igor gold-silver project is located in northern Peru, along the spine of the Peruvian Andes mountain range, and are part of a group of disseminated gold deposits known as distal-sandstone hosted gold deposits. PPX has been exploring this area since 2005, and has produced 8,000 oz. of gold since the test mining and bulk sampling program began in 2017.

Another junior mining company with properties in Peru is Rio Silver, which maintains a gold-silver project in the Department of Ayacucho to the southeast of Lima. Historical drilling and surface exploration by AngloGold (2001) and Newmont (2009-2010) at their Ninobamba property revealed high-sulfidation gold and silver mineralization and a modest surface exploration by Rio in 2012 confirmed some of the previous work. The company is hoping to drum up support for an exploratory drilling program. While very early stage, the company is hoping that the improved exploration climate in Peru, rising commodity prices and the progress of neighbours like PPX will help forward their exploration plans.

Peru’s metal mining industry has achieved significant milestones since its inception confirming its status as a key global player. To maintain and improve its standing as a world-class producer, Peru requires the combined efforts of both its majors and junior mining companies. To sustain a positive momentum, mining players need to be fully vested in prolonging the life of existing mines while exploring new geological formations with economically feasible potentials.

As important as economic mineral potential is to an exploration project, the political and social climate of the host region is just as important. Without social license and a predictable permitting process it’s impossible to operate. It seems like the stakeholders in Peru have figured this out. Overall, Peru’s mining economy looks poised for growth. By replacing current traditional techniques with newer and most efficient technologies and improvement in permitting procedures the industry is hoping fuel that growth. 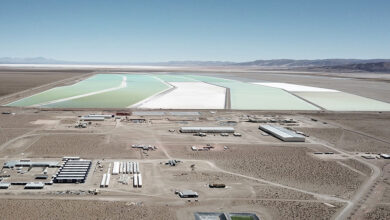