Artisanal mining is a popular term used to describe to informal mining activities carried out with little or no mining technology. Miners in this sector are semi-skilled and utilize hand-tools with minimal use of machinery, if any, to carry out their operations. The term “artisanal mining” and “small-scale mining” have always been used together because the operations are closely related and it’s almost impossible to separate the two. Artisanal mining specifically refers to subsistence mining; where the miner works independently using hand-tools to extract minerals. Small-scale mining refers to operations where individuals or small enterprises employ workers who use traditional mining methods with little or no mechanization. On the other hand, large-scale mining utilizes simple to sophisticated mining technology and machinery to mine and process ore.

The sector provides employment to over 10 million people spread across Africa nations. Numbers per country vary depending on mineral variety and abundance in each country. On average, artisanal and small-scale mining contribute to between 15-20% of minerals and metals produced globally with Africa contributing significantly to these statistics. Trends in transport and communication technology have boosted global demand for strategic industrial minerals found in Africa. This has caused rise in the number of artisanal and small-scale mines especially in Central Africa. These minerals include cobalt used to produce batteries for electronic devices and tantalum used in manufacture of capacitors and power resistors for electronic devices.

ASM operations are very popular in Africa because they provide a vital source of income for communities that live in very harsh and remote regions. Most miners lack formal education and their ability to compete in mainstream job market is limited. The sector is an important source of livelihood to women, who contribute up to 30% of the workers in the ASM. The International Labour Organization (ILO) indicates that this number reaches up to 60% in some mining areas in Africa.

Artisanal and small-scale gold mining (ASGM) happens in almost all mineral active African countries. Gold is mined in two ways; one on hard rocks where gold found embedded in quartz vein is extracted using simple tools. Mined ore is then crushed either manually using a hammer or by a crusher. The ore is then grinded using ball mill to produce dust-size product. This process is done to liberate gold from the ore. Grinded ore is wetted and passed through a sluice. A sluice is a locally made sloping trough/box that utilizes gravity concentration to separate gold from dirt and gravel. The sluice cloth containing concentrated gold is then washed in a bucket of water after which mercury is introduced. Mercury will dissolve gold to form mercury-gold amalgam. The amalgam is heated to vaporize mercury and gold is obtained. Gold is mostly sold to standby gold-brokers or in more developed set-ups sold through miners’ cooperatives.

The second recovery techniques commonly used in ASGM in Africa is gold panning, which is used for placer deposits. The technique is low cost and simple, utilizing a plastic or metal pan and water to separate gold from soil gravel and rocks. Material is placed on the pan then wetted and stirred to break the lumps present. The pan is given a spiral motion and tilted on intervals causing the light materials to spill out. Since gold is heavier than the other materials, it is left in the pan and separated easily.

Artisanal small-scale mining for diamond is present in South Africa, Botswana, Tanzania, Sierra Leone, Guinea, Namibia, Ivory Coast, Angola, DRC Congo among others. Artisanal diamond mining is mostly done on placer deposits with some happening on abandoned diamond mining fields. Placer deposits are formed when kimberlite which is the host rock for diamond weathers and diamond is carried by water and deposited on riverbeds or sand. The miners extract the loose ore using shovels, sieve it and manually select the visible diamond pieces. In some cases, miners utilize panning process to separate diamond from soil and gravel. Sieving and panning techniques are also used to recover precious/semi-precious stones found in placer deposits in various parts of the continent.

Environmental degradation is the greatest worry associated with the sector. The level of land disturbance is massive since miners fail to follow proper mining and pit closure guidelines. The use of mercury in artisanal gold recovery remains a major health and enviromental challenge and arguably the biggest health and safety issue for both miners and the local environments in which they operate. Release of high levels of mercury continually to the environment will cause adverse health effects to the miners and those who depend on polluted vegetation, water and marine life.

Lack of technical knowledge on pit design and reinforcement requirements sometime lead pit collapse. Flooding in mining pits is also common which resulting to many fatalities each year. Cases of violation of human rights like child labor and gender discrimination also taint negatively the image of artisanal mining in Africa. Lack of transparency in the ASM supply chain results to dubious practices in mining and sale of minerals. In such cases governments lose millions of dollars in taxes and royalties as minerals are smuggled out of the host countries by unscrupulous traders.

Compared to large scale mining, artisanal and small-scale mining employs more people, providing an important livelihood and source of income to millions of vulnerable families in rural areas. However, lack of mechanization leads to low productivity in ASM operations leaving the miners with low earnings. Large scale mining utilizes sophisticated machinery and mining technology resulting to high productivity. This enables them to remunerate their workers fairly, participate in vital community projects through corporate social responsibility (CSR) activities and contribute significantly to the economy through taxes and royalties.

ASM operations in Africa have gained a lot of interest from governments and NGOs who now see it as a key economic-social driver. However, despite each country having laws and policies that govern the mineral industry, they primarily focus on large scale mining. This has left major gaps in the management of ASM operations. Many of these operations are regarded as informal or illegal since they operate outside legal or regulatory frameworks. Formalizations of the ASM activities would go a long way in promoting transparency in mineral supply chains. It would also ensure improved safety, health and environmental standards as well as productivity which would be good for both the miners and the host country. 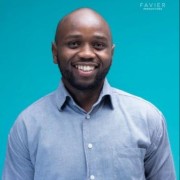 Peter Mugai is a Kenyan-based Mining Engineer. He is a member and current Operations Officer for the Mining Engineering Society of Kenya (MESK). Peter offers consultancy services in geology, mining and mineral economics. He additionally offers knowledge management, technology transfer and communication services in artisanal and small-scale mining. Peter has wide range of experience having led execution of exploration programs and mine plan developments for rare earth elements and limestone in Kenya. He has also worked in quarry operations (stonecutting) and soda ash mining and beneficiation. Peters owns and operates the website mininghubafrica.com. 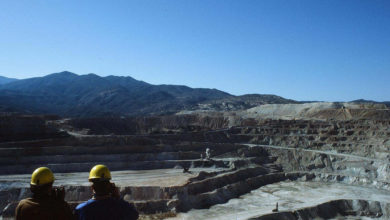 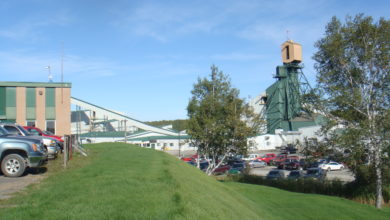 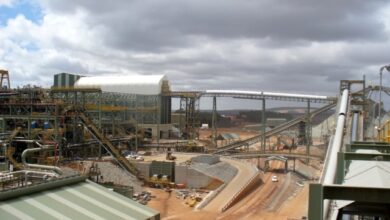