Undergrounds mining is still, even after hundreds of years of safety improvements, a dangerous and expensive business. It’s wise for an investor to understand both the basic workings for an underground mine and the risks associated with underground mining. A bad mine disaster may not only kill miners; it can also bankrupt companies and close mines permanently.

The two main types of underground mine are named for the type of rock the minerals are hosted in:

Hard rock mines include most metal and diamond mines. They tend to be deep, and the orebody is often steeply inclined (or dipping). Shafts can be as a deep as several kilometres. Access from the surface is via a shaft or a decline. There is a variety of mining methods used, often in the same mine, depending on the geometry of the orebody and the stability of the rock.

Ore is broken up by blasting and drilling. Ore is then removed or “mucked out” by  a LHD (load haul dump) machine, which resembles a low-profile articulated front-end loader. The ore may be dumped into a truck which then drives out via a decline, or ore may be dumped down a chute or ore pass to an underground crusher and then moved to a shaft using conveyer-belts, underground trucks or train either to a shaft, a horizontal adit or via decline direct to the surface.

How an ore-body is mined is complex and the main factors include:

Soft rock mines are predominantly coal and shale mines. Here, the rock and the minerals are softer and easier to break up, but the roof requires more support.

The most common mining method is longwall mining which is largely automated using a self-advancing coal shearer including hydraulic roof supports 150-250m wide 1.5 -3m high extract panels  roof collapses as machine withdrawals. This is the safest way to mine coal and shale as it requires no blasting in a potentially explosive environment.

A serious disaster can close a mine permanently. In the 2010 New Zealand’s Pike River Coal Mine disaster, not only killed 29 of the 31 miners underground, but also saw charges of manslaughter against mine management. It also bankrupted the mining company and the mine is unlikely to re-open.

In the same year, an explosion at Upper Big Branch Mine in West Virginia Massey Energy’s coal mine also had a death toll of 29 out of 31 miners. This incident saw a multi-million dollar compensation settlement. The mine will not re-open.

That both of these mines were coal mines is not coincidental. According to the US mine Rescue Association, of the 17 disasters in US mines since 1976, all but one has occurred in coal mines. Of those 16 accidents, 13 involved explosions, one was fire, one was oxygen-deficient air, and one was a stockpile collapse. Or in other words, mine ventilation is critical, particularly for coal mines.

Ensuring adequate ventilation is crucial in any mine, even more so in coal mines where the build-up of methane and other explosive and toxic gases is an on-going  issue. Fortunately modern technology means that canaries used in Victorian coal mines as early warnings are now replaced by carbon monoxide gas detectors.

Interesting fact – the last canaries were made redundant from British coal mines in the mid-1980’s (no, that’s not a typo).

In hard rock mines, the ore itself doesn’t give off lethal, explosive gases, but the exhaust fumes from vehicles do. In addition, the great depths that some mines reach, means that the geothermal gradient can see wall rocks as warm as 45C, making ventilation and air-conditioning necessary.

In mines with shafts, the shaft doubles as a downcast airway i.e. a source of fresh air being forced into the mine. Additional shafts are required for upcast ventilation for the remove of stale air; these can also be secondary or emergency escape routes.

Old historic mines are often more dangerous than newer ones. When I worked underground in Australia in the 1980’s (a mine still in production), there were upper levels, which were either not mapped, or for which the maps had been lost.

Although the famous silver mines of Potosi, Bolivia, closed down officially some 150 years ago, to this day locals looking for some extra cash work the mine, and tourists are routinely taken down them, as well. The entire mountain is riddled with uncontrolled mining tunnels, all of which is unmapped and some of which is over 300 years old.

An unmapped, un-monitored level of a mine is dangerous because the dirt on the floor can be concealing a wooden or other cover to a deep winze (minor shaft from a level). Old mine workings are always propped by wood, and wood rots, so minor local collapses are to be expected.

In modern mines, most accidents occur, because of the juxtaposition of men and machinery in small, confined spaces. Tracked levels are safer as an approaching train is obvious, however, in untracked areas where electric vehicles are used, accidents do occur. Electric loaders and similar machinery are normally tethered by a thick power cable, which can break limbs or worse if the unwary visitor is caught out in the process of stepping over it; if you visit a mine always step ON such cables not over, the worst that can happen is that you get thrown clear. 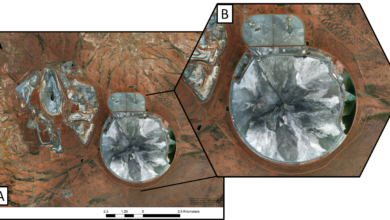 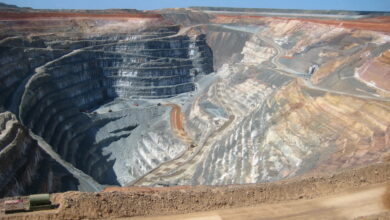 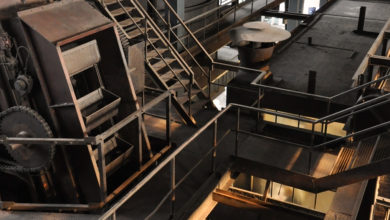