Many common ore deposit types are igneous: porphyry copper deposits, pegmatites, and layered mafic intrusions, to name a few. While reading the latest mining news, we often come across terms like ‘granite-hosted molybdenite mineralization’ or ‘PGE, Nickel, and Chromium ores associated with layered gabbro intrusions’. Although the majority of us understand that both granite and gabbro are igneous rocks, it may be difficult to decide whether a rock is igneous, metamorphic, or sedimentary in the field. Knowing how to identify igneous rocks in the field is important for understanding the structure of an ore deposit, and identifying rock types in drill cores. This article provides a basic introduction to igneous rocks and how to distinguish them in the field.

Igneous Rocks: What Are They?

First, a basic overview of the three rock types is necessary. Igneous rocks form from the cooling and solidification of magma (molten rock). Sedimentary rocks form from rock and mineral fragments (called grains or clasts) that are transported by wind, water, or ice, and deposited. Metamorphic rocks form when any rock undergoes temperature and pressure changes that alter the texture and mineral assemblage of the original rock. Mineral assemblage, texture, and the size/shape of a rock body provide important information about the rock type.

Within the igneous rock family, there are two different types: intrusive rocks (also called plutonic) which solidify from magma below the surface of the Earth, and extrusive rocks (also called volcanic) which erupt or solidify from lava above the Earth’s surface. There are six different igneous rock textures, which tell us where the rock formed and how quickly it cooled: glassy, aphanitic, pyroclastic, phaneritic, porphyritic, and pegmatitic (fig. 1).

Intrusive rocks solidify at significant depth (fig. 2) where magma remains under high pressure and takes a long time to cool, allowing large crystals to form. Therefore, intrusive rocks typically exhibit a coarse-grained (>3mm; phaneritic) texture, in which individual crystals may be identified with the naked eye. These rocks occur as non-tabular bodies called plutons or stock (> 100 km2) or batholiths (<100 km2). Igneous intrusions can also occur  as tabular deposits called dikes (crosscut existing strata) or sills (concordant with existing strata). Pegmatites, which are important sources of ore deposits and gemstone-quality minerals, are intrusive rocks with very large crystals (2.5 cm and greater).  A familiar example of an intrusive rock is granite-the igneous rock that makes up continental crust.

Extrusive rocks crystallize at the surface and have fine-grained to glassy textures. In an extrusive rock, the lava cools quickly which causes rapid nucleation with many nuclei competing for the resources available in the melt, producing a fine-grained (<1mm; aphanitic) texture. In certain circumstances, the lava cools so quickly that no nuclei are formed at all, producing a glassy texture. Extrusive rocks occur mostly as solidified lava flows and pyroclastic rocks (lava fragments, pumice, and volcanic ash-all ejected during volcanic eruptions). Basalt is a very common dark-coloured extrusive rock, consisting essentially of calcic plagioclase and pyroxene. Oceanic crust is typically composed of basalt.

On the other hand, hypabyssal rocks, also known as subvolcanic rocks, are emplaced at medium to shallow depths within the crust (<2 km) in form of minor intrusions. These rocks exhibit intermediate grain size and often a porphyritic texture. Magmas emplaced near the surface cool relatively quickly, hence hypabyssal rocks are believed to be the transitional rocks between the intrusive and extrusive. Hypabyssal intrusions occur as volcanic necks, dikes, and sills. Porphyry deposits can form if these intrusions undergo hydrothermal alteration. The most common representative of hypabyssal intrusions is diabase, which is thought to be a coarse-grained basalt.

Field Observations: Are They Important?

Field geology opens the door to understanding the physical and chemical processes that have occurred over geological time. Its main aims are to observe and collect the fundamental information contained in the field relationships between rock units, and the structure and texture of igneous rocks. It should be pointed out that expensive geochemical and isotopic data on field samples or drill core could be misinterpreted through incomplete knowledge of basic field techniques. Today, anyone working with igneous rocks has to apply a range of skills in the field, from analysing the field relationships to hand specimen identification. During fieldwork a geologist will make observations about a rock’s texture and mineral assemblage, as well as the rock body’s shape and orientation to the surrounding rocks. These observations help discriminate between the different rock types present in the area.

Before deciding whether a rock is igneous or not, we should ask ourselves the following questions:

Classifying Igneous Rocks in the Field

After we are convinced the rock is igneous and have determined whether it is intrusive or extrusive, the next step is to classify it based on the mineral assemblage. For the layperson, simply identifying a rock as igneous and categorizing it as intrusive or extrusive is an accomplishment. For the advanced field workers, identifying the minerals present in an igneous rock is the first step to classifying it. Table 1 lists and describes many of the common minerals found in igneous rocks.

When identifying the mineral assemblage of igneous rocks, color is often a good place to start. The terms felsic and mafic refer to the elemental composition of silicate minerals and igneous rocks–specifically, the amount of iron and magnesium present. Felsic minerals are typically light in color (commonly clear, white, or pink) and rich in lighter elements, like silicon, oxygen, aluminum, sodium, and potassium. A classic example of a felsic igneous rock is granite, which is mainly composed of quartz (SiO2) and feldspar (potassium-rich and sodium-calcium rich varieties exist) with minor amounts of other minerals (biotite or amphibole). Mafic minerals are typically dark in color (black, brown, or dark green) and rich in iron and magnesium. Amphibole, pyroxene, and olivine are common in mafic igneous rocks, such as gabbro (composed of pyroxene and plagioclase, with accessory amounts of biotite and amphibole). The difference in elemental composition causes mafic rocks to be denser than felsic rocks.

Mineral cleavage and hardness are additional features to help discern between minerals. Cleavage refers to the way a mineral breaks or splits along planes of weakness. The minerals muscovite and biotite, which are common in igneous rocks, have a unique cleavage, forming plate-like or flakey sheets. Many of the common rock-forming minerals have poor or no cleavage, meaning they do not split in any definite manner. Hardness is a mineral’s resistance to scratching and is defined by Mohs hardness scale. A hardness of 1 means a mineral is very soft and can be scratched by any mineral with a hardness greater than one. On the top end of the scale, a mineral with a hardness of 10 means that no other mineral can scratch it. Talc has a hardness of 1, and diamond has a hardness of 10. Mohs hardness scale is very useful for identifying minerals in the field. Common objects like a  copper penny (3), glass plate (5.5), or a fingernail (2-2.5) can be used to measure mineral hardness in the field and further determine a rock’s mineral assemblage.

Once you have determined the mineral assemblage of a rock, you can use the appropriate (intrusive or extrusive) QAPF chart to name it (fig. 4a, b). In the QAPF chart, the endpoints refer to common rock-forming minerals: Q=quartz, A=alkali (K, Na, Al) feldspar, P=plagioclase (Na-Ca feldspar) F=feldspathoid (minerals similar to feldspar, but with low silicon content). To use this chart, identify the amount of each mineral present in the rock, and use the numbers within the QAPF chart to categorize the rock. For example, an intrusive rock composed of 40% quartz, 40% potassium feldspar, 10% plagioclase, and 10% accessory minerals is considered a “granitoid”. An extrusive rock with a mineral assemblage of plagioclase and pyroxene with minor olivine and quartz should be named “a basaltic rock” or “a basaltoid” in the field. If the rock contains plagioclase phenocrysts, it should be named “an andesitic rock” or “an andesitoid”. These are provisional field terms which should be replaced by “granite”, “basalt”, “tholeiitic basalt”, “basaltic andesite” or “andesite” after thin section and/or geochemical examination.

Identifying igneous rocks in the field is a useful skill for anyone seeking to gain a better understanding of the common ore deposit types. Before going into the field, check the available geologic maps or web sources to gain a general geological overview of the area. When in the field, collect data, make observations, and start building your hypotheses/interpretations. Field observations can help build a framework for a deposit’s shape and extent-if dikes are present, a related sill could exist as well. Identifying and understanding a rock’s texture (intrusive or extrusive, porphyritic or pegmatitic) and composition (felsic, mafic, or even carbonaceous) provides information about the conditions under which the rock formed, and in turn, what type of deposit and mineral resource to expect.

Valuable resources are also found in metamorphic rocks. Metamorphic rocks have been altered by temperature and pressure, and knowledge of igneous processes is useful for identifying the original rock type, and reconstructing its alteration history.

The path to understanding igneous rocks starts in the field. There, you can examine a rock’s texture, its mineral assemblage, and give it a name. You can identify the geometry of an igneous rock body and interpret how it formed. With these skills comes a greater understanding of some of the greatest ore deposits that exist. 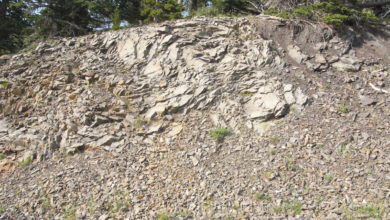 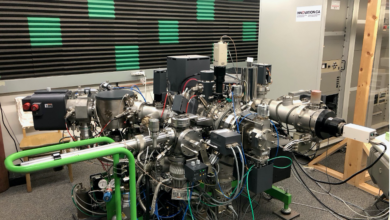