Why Do Classification Systems Matter?

Quite simply, if geologists can classify mineral deposits based on rock types, geologic settings and formation conditions, then they can start to make useful predictions of where other similar deposits might be. For example:

Most mineral deposits are formed by more than one process, so attaching a single label to them is difficult. Hence, there is a tendency to talk about Stillwater Complex type or Carlin-type gold deposits, which rather defeats the purpose of finding a general from the specific.

There are two main approaches to mineral deposit classification. The descriptive models are a more objective label, which describes the rocks and tectonic setting of the deposit. These have now evolved to what is known as a genetic model, which includes theories on deposit formation as well as the physical properties of the mineral deposit.

More sophisticated are occurrence probability models, which predict the probability of a deposit type occurring within a particular location, based on known rock types and structural geology. While any discussion of classification will no doubt result in an over-simplification of what is a very complex subject, there are some general and useful concepts that can be shared.

The Earth’s crust primarily composed of lighter minerals formed of lighter elements. As we travel deeper within the earth heavier elements and minerals dominate. One method of classifying rocks is by this association, which considers both the composition and conditions of formation. The table below outlines these main rock types: Ultramafic, mafic and felsic rocks.

Although rocks may form at a variety of temperatures and depths within the Earth, they may also be exposed at the surface by erosion, tectonic processes or volcanic eruption. This brings us to our next classification.

Also called extrusive rocks, volcanic rocks are those that formed through volcanic eruption. Eruptions on the sea floor, where the crust is thinner are generally mafic, while volcanic rocks associated with thick continental crust are more likely to be felsic.

Intrusive rocks are those formed from the cooling of magma bodies that have never erupted to the surface, but have instead been exposed through erosion or uplift. These rocks generally have a more crystalline appearance since they have the opportunity to cool more slowly than volcanic rocks and the crystalline minerals can more fully form.

Surface sediments can also host a variety of mineral deposits. Ore minerals in these sediments are concentrated through the flow of surface fluids such as rainwater or rivers.

Laterites
Laterites are red colored iron-rich soils that have been leached through tropical weathering processes. They can host important mineral deposits including Iron, Nickel, Bauxite (Aluminum) and REE’s.

Placer Deposits
Mineral deposits formed by the concentration of moving particles through wind or water action are called placer deposits.

These are rocks that have been altered by heat and pressure so much so that they become another rock type. Often geologists can recognize the original rock that has been metamorphosed and will refer to the rock as a “meta-sedimentary” rock or meta-volcanic. Though sometimes it is not possible to confidently determine the original rock type.

Rocks in old terranes, such as the Archean greenstone belts of Canada, are often highly metamorphosed, while those of younger terranes may not be as altered depending on their geologic setting.

Metamorphic rocks may often be labelled as “high grade” or “low grade metamorphic”. These “grades” are are a reference to the temperature and pressure to which the rock was exposed based on it’s texture and mineralogy and does not have any specific economic meaning. However, metamorphic processes may help concentrate economic minerals.

While there many, many more ways to classify rocks and mineral deposits, understanding the basics of rock classification and mineral associations can go a long way in helping one understand the processes involved and the descriptions of economic deposits published by geologists. 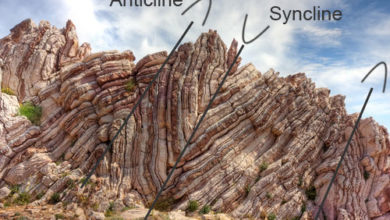 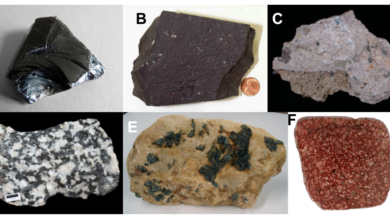 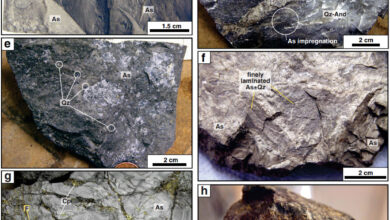 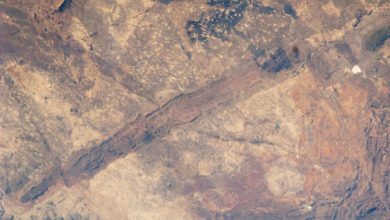