Technically a placer deposit is the general term for a mineral deposit formed by the concentration of moving particles by gravity. Alluvial is the name  for placer deposits formed by water action in a stream or river. For most people, it’s all about alluvial deposits, or to be blunt, the allure of gold, with the odd precious and semi-precious gem thrown into the mix.

You can still become an amateur gold or gem miner.  You’re not going to wake up one morning, pack up the truck and decide to start an open-pit or underground mine. Clearly, such things involve serious resources and skills, well beyond a single person’s resources. Alluvial mining is a little different; you can work a gold claim with cheap gear, and you can learn the skills involved in a few hours.

Placer deposits are also the ultimate “path finder” deposits – if a valuable commodity is available on the surface in a placer deposit, where did it come from?

The specific versions include:

You don’t need to be a geologist to find a placer deposit. Placers were mined in pre-history; it is, after all, simply a matter of tripping over nuggets from the river!

The pattern with many placer mining areas is the original deposits were quickly found and exploited. Surface placer deposits are easy to mine, only requiring scooping up the gravel and then concentrating the valuable minerals.

The ease of discovery meant that as metal-hungry Western Civilisation spread out across the world, there was a wave of gold rushes. New settlers literally tripped over gold in colonial rivers, which led to gold rushes in practically every continent they came to.

Placer deposits are also the ultimate “path finder” deposits – if a valuable commodity is available on the surface in a placer deposit, where did it come from? Gold, particularly, has often not moved far, so a minor alluvial gold deposit can result in a major underground gold mine  as in Australia’s  Kalgoorlie or Bendigo gold rushes. In other places, most of the gold was in the alluvial deposits as in the Klondike/Alaska Gold Rush and the California gold rushes of the 19th century.

Gold rushes in Alaska, California and the Yukon and many others started with alluvial discoveries. The gold rushes often had lasting effects, even when the gold ran out, or became a more normal percentage of the economy, some percentage of the people stayed on. What had changed though was the population and the infrastructure. California was an outpost until gold put it on the map, and connected it by road to the eastern states, replacing a long sea voyage via Panama or South America. To a lesser extent the same thing happened in Alaska and the Yukon. Large placer deposits are still mined in Alaska, and smaller commercial operations produce across the western US; an echo of the gold rush still lives on.

The various gold rushes in Australia helped end the transportation of convicts and kick-started the development of a single country, uniting previously separately governed colonies.

Tin was mined as far back as the third millennium BC as a key component of bronze weapons. Historic mining in England in the counties of Devon and Cornwall started with alluvial tin deposits, which was later followed by underground mining.

In Asia,  tin placers were originally mined in Malaysia, Thailand and Indonesia from as early as 3000BC. Tin mining is vital to the region’s economy to this day.

New Zealand has unusually pure iron sands on the beaches of the North Island’s west coast. The low cost of mining supports the nearby steel mill at Glenbrook.

Gold panning is the simplest technique to extract gold from gravel. Washing the gravel allows the heavier gold particles to separate at the bottom of the pan. The design of pans hasn’t changed for hundreds of years, but new lighter weight materials do make them easier to use. Panning requires a lot of water and is not a scalable technology. Panning is often used to locate gold, but after a claim is established, even amateur prospectors will generally use a different method. Geologists may use panning as part of an exploration program.

A rocker or cradle box is capable of moving much larger volumes than a pan. The technology was developed by Chinese miners who followed the gold rushes to Australia and North America.  Rockers are still used in areas where water is scarce, and for small-scale production.

Larger scale version of a rocker, in which water is forced down a series of steps, the base of which is sometimes lined with  fabric to catch the gold. This method is more efficient than panning or a cradle box, but uses a lot of water.

Developed in California as the easily won gold ran out, dredging followed the gold-bearing gravels under water by using a barge which could grab sediments from the river or sea floor.

In many gold areas, water is a scarce resource, so dry washing was developed where gravel has air forced over it to winnow out the lighter material and leave gold concentrated in the residue. 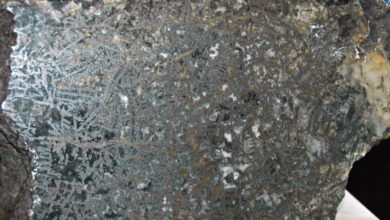