Iron oxide-copper-gold or IOCG deposits can be of tremendous size. The largest known deposit of this type is Olympic Dam, located 560 kilometres north of Adelaide, South Australia. Olympic Dam is Australia’s largest underground mine. In 2012, plans to expand the mine into an enormous open pit were put on hold. If the expansion had gone ahead, Olympic Dam would’ve become the world’s largest open-cut mine. After 40 years of mining, the size of the pit was planned to be 4.1 km long, 3.5 km wide and 1 km deep.

There are similarities between the Australian IOCG deposits and those in Wernecke in the Yukon Territory, Canada

BHP Billiton, the owner and operator of Olympic Dam, claims that the site is the world’s largest multi-mineral deposit, valued at around US$ 1,000 billion. The total resources exceed 9 billion tonnes of ore, containing an average grade of 0.8 % copper, 280 ppm uranium oxide, 0.76 g/t gold and 3.95 g/t silver. This massive ore body also holds the title of hosting the world’s largest known deposit of uranium.

The IOCG deposits of South Australia including Olympic Dam, Prominent Hill, Carrapateena and Hillside, are all located along the margin of a piece of very  old crustal rocks called the Gawler Craton. Australia’s other IOCG deposits, Ernest Henry and Mount Elliot, are located some  1900km north in the Cloncurry district of northern Queensland.

There are similarities between the Australian IOCG deposits and those in Wernecke in the Yukon Territory, Canada. The similar time of formation and style of mineralisation suggests that these two areas were once adjacent. Subsequent movement of the crustal plates over billions of years has separated the two areas.

IOCG deposits may be conical, pipe-like or sheet-like orebodies consisting of extensively broken or brecciated rock with quartz veining. They are often associated with major episodes of heating of the crust. The deposits are typically hosted in iron-rich rocks such as banded iron formations and iron-rich metamorphic rocks. Large hydrothermal alteration systems of up to hundreds of kilometres in size operated along large crustal structures, resulting in the formation of these mineral deposits.

The South Australian deposits have undergone a particular style of alteration called hematite-sericite alteration. Hematite is the main iron oxide mineral present together with a white flaky mica mineral, called sericite. Feldspars within the deposits are altered to be potassium-rich.

In addition to copper, gold, uranium and silver, IOCG deposits can contain other valuable elements such as bismuth and rare earth elements.

Their large size and high volume of iron minerals contained within IOCG deposits can make them detectable by regional gravity surveys. The presence of a high gravity region indicates the presence of something large and dense sub-surface. The edges of these gravity highs are are usually the initial targets for exploration drilling.

Enrichment of copper minerals can occur at the top of IOCG deposits. This type of alteration is known as supergene enrichment zone where the copper minerals malachite, cuprite, native copper, digenite and chalcocite predominant.

IOCG deposits which are high in the iron minerals magnetite and hematite, can become economic iron ore deposits.

Gold concentrations are typically low in IOCG deposits, i.e. usually less than 1.0 g/t gold. However, the enormous volume of these deposits can make the gold resources correspondingly large.

Formation of IOCG Deposits in Australia

The IOCG deposits of Australia are over 1.5 billion years old and were formed during the Proterozoic era of the Precambrian period. They were formed by large-scale heating of the host rockswith associated large scale hydrothermal alteration along deep seated faults and other structures within the earth’s crust.  It’s likely that the intrusion of the . Hiltaba Suite granites in South Australia were responsible for brecciation, alteration and mineralisation of the rock. 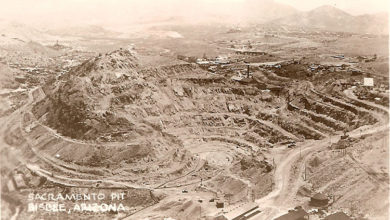 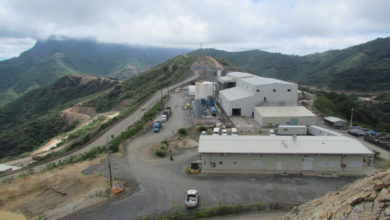