The diamond drill-core drilling is used to obtain oriented and intact rock from hundreds of metres below the ground’s surface. An experienced geologist then describes core in detail, a process known as logging. Diamond drilling provides the most detailed geological and geotechnical information available prior to mining.

Diamond drilling is the result of months, or years of field work and is a significant investment in a prospect.

Drill site selection is often an iterative process comprising office work together with site visits to ensure that drilling is physically possible at each site.

Prior to undertaking any drilling, a drill-hole plan is designed and a proposal written. This article outlines the reasons for drilling, the expected costs and details of contracts. Diamond drilling is expensive, so the proposal is likely to require board of director’s budgetary approval.

Drill site selection is often an iterative process comprising office work together with site visits to ensure that drilling is physically possible at each site. What might look like a good site on the computer could, on the ground, be a site fraught with difficulties.

Site inspections by the drilling contractor are also conducted to ensure that all logistics of the proposed drilling exercise are considered. This may include the inspection of access tracks and selection of camp sites for personnel.

In most jurisdictions environmental authorities need to be consulted prior to and after drilling to ensure that drilling activities are approved in a particular area and to ensure that sites are properly rehabilitated. Often a bond is required by the jurisdiction to encourage explorers to satisfactorily complete land restoration.

Continued landholder liaison from the initial design to drill-site rehabilitation at the completion of drilling is important. Many landholders like to be involved throughout the process and may provide support with earthworks and camp facilities. They have a vested interest in seeing their land returned back to the pre-drilled state.

Traditional landowners may also need to be consulted and approvals given to ensure that any impact to cultural heritage in the area is kept to a minimum.

With approvals in place, sites can be cleared and earthworks begin. This usually involves the building of access tracks, construction of drill pads and the digging of sumps.

Exploration companies are responsible for the health and safety of their staff and drilling contractors during a drilling programme. The supervising geologist is usually the nominated staff member for performing safety checks on a drill rig. These safety checks are done at the start of the programme and after every rig move as well as at random times during drilling. The safety inspection is done in the presence of the head driller and involves carefully going through a checklist of items. Any problems or hazards need to be corrected before drilling can start.

Diamond drilling  holes can extend hundreds, even thousands of meters below ground. However, as any child who has pushed a garden hose into the ground only to find the end of it coming up several metres away, knows  drill holes can go badly off-course. The same happens to a length of drill pipe. Although made of metal, over hundreds of metres it can bend significantly. I have heard of drilling done without surveying with the same outcome as the garden hose. On this occasion, the drill bit was seen exiting the ground hundreds of metres away from the rig!

A survey instrument is lowered down the drill hole to record the direction and angle of the hole at that depth. The geologist plots drill-hole depths and surveys using 3D modelling software. Given the information about how the drill-hole is tracking relative to the target the driller, can make corrections. The driller can adjust the torque to change the direction of the drilling to ensure that the target is reached.

The type of rock that is being drilled through has a great effect on the behaviour of the drill bit, stem and pipe. If the rock has a strong fabric such as schist, the drilling direction tends to migrate towards the plane of the foliation. Sometimes adjustments are extremely difficult or impossible to make to the direction of the drilling. If the hole is way off target and cannot be corrected even with navigational drilling techniques, the hole may need to be abandoned before its completion.

A qualified and skilled geologist normally carries out core logging. This is done to extract as much information out of the core as possible.

Drill-core comes in various sizes including; PQ which is 85.0 mm in diameter, HQ is 63.5 mm and NQ is 47.6 mm. Typically as the holes gets deeper the drill core size is reduced.

After collecting the core trays from the drill rig they are laid out in an area where logging, sampling and storage takes place, normally a purpose built core shed. First, the core trays are laid out in order on trestle tables. Core is washed down with water and a brush is used to remove any mud and other residue from the core’s surface.

The core is then marked up; with the start and end of each metre interval is marked on the core with a brightly coloured wax pencil. During marking up any gaps in the drilling are noted and a wooden block is placed at the location of the missing core. Core can be lost down the hole when drilling encounters faults and fault zones. Rock within these zones is often broken up and may fall out of the drill pipe when it is being removed from the hole. Gaps in the core can be significant.

Core sampling involves identifying the mineralised zones that require assaying. The procedure is similar to that used for rock and soil sampling. The core several metres either side of the identified zone is also sampled to establish if the adjacent wall rock are mineralised too. The technician then uses a rock saw to cut each metre of core in half along its length. One half is put into a plastic sample bag and the other half is retained and kept in the core tray for later reference. A duplicate sample is obtained by cutting the halved core again resulting in a quartered piece of core. One of the quartered pieces is submitted as the sample and the other is submitted as the duplicate.

Each sample bag is labelled with a unique identification number from a ticket book and the duplicate ticket is torn out of the book and placed in the bag with the sample. When the core has been cut it is submitted to the laboratory for assay along with the required number of blanks, standards and duplicates for proper quality control purposes.

When the results of the assays become available, they are plotted along with observations from the logging onto cross-sections. This enables the results to be easily visualised and interpreted by the geologist.

Intervals of significant mineralisation are identified and reported as the average grade over an interval of drill-core with corrections applied to account for the angle of the hole. This is how the true thickness of mineralisation is obtained. 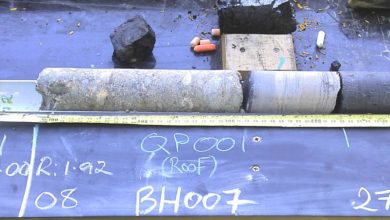 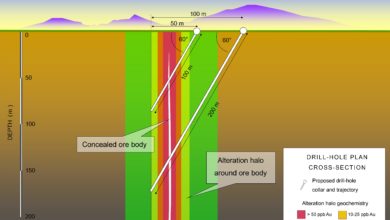 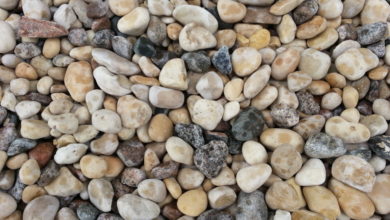 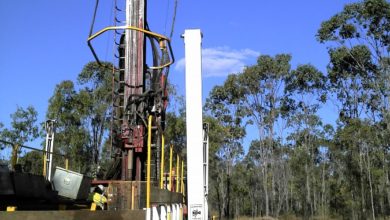