There are several basic concepts needed to fully understand magmatic hydrothermal systems. The first is that all rocks are full of water. It exists in faults, in pore spaces and within and between minerals even deep within the mantle. The second concept is that despite their relatively solid appearance, rocks are actually quite permeable, and water can move relatively freely through them on geologic time scales. The third concept is that metals and minerals can be transported and concentrated in aqueous solutions, which will solidify under the right chemical and pressure changes. Finally, systems need a heat motor to propel all the constituent parts. This “heat motor” is generally a magmatic intrusion. These intrusions propel fluids through the rock, first by exolving mantle derived aqueous solutions (volatiles) and by drawing the existing water down down, heating it up and then pushing it back up to the surface in massive convective cells.

The diagram above illustrates the essence of the four concepts and how they apply to the magmatic arc hydrothermal systems. There’s a lot going on here so let’s break it down: Intrusions are squares (fine grained quick cooling) and x’s and +’s (coarse grained slow cooling). The blue is a limestone-marl bed. The light green shown throughout is generalized wallrock, yellow green is a volcanic pipe, and the dark green is breccia pipes. Along the top, dotted yellow and horizontal lines are hot-spring related alteration products. Red areas are zones of economic mineralization.

On the left there are series of stacked intrusives which end in a breccia close to surface. The up arrows indicate rising magamatic-volatiles that follow along faults and permeable horizons. Mineralization has been trapped in veins/structures, permeable horizons (lithological), and within a breccia. The yellow speckled zone, is steam heated alteration, while the gradation from red to green charts the progress from hot-acid to cool-neutral alteration types.  This setting would be typical of high sulphidation systems.

The middle of the diagram represents the meat of the magmatic hydrothermal system: In the base there is a large pink intrusion. It is exolving volatiles (squiggle arrows) and fluids (solid arrows) and is driving the whole system. Branching off of it is a large breccia zone to the lower right, with the breccia progressing from chaotic at the base to jigsaw at the top. To the left the intrusion has crosscut a bed of limestone and marl (blue), cut by faults (half arrows). Rising up from the intrusion to the right are series of faults, and in the center a series of sub-intrusions ending a surface diatreme. To the right the intrusion is exolving fluid into a slightly different setting, which will be discussed later.

Rising up are the exolved volatiles and mineralizing fluids, coming down (short thick arrows) are descending fluids. These are fluids that originally came from the intrusion but have cooled and their chemistry has changed. They are acidic fluids, bicarbonate fluids, and oxygenated fluids. Without getting into too many details, they influence the styles of alteration and mineralization found.

Finally there are the styles of mineralization. At the deepest levels there are porphyry copper systems both within and beside (wallrock) the intrusion. Skarn deposits progress from endoskarns (within the intrusion) to exoskarns adjacent to the intrusion. Farther away, but along the fault, the limestone hosts replacement mineralization, and even farther away the marl hosts replacement breccia gold. Above but, relatively close to the intrusive is quartz sulfide Au+Cu, above it associated with minor intrusives and breccias is carbonate base metal-Au and finally close to the surface but still linked to the porphyry Cu-Au deep below is epithermal precious metals. All these deposits are part of the same hydrothermal system, but each style of mineralization has it’s own “place” within the system based on the exact structural-chemical-thermal characteristics at that point within the system.

On the far right, there is the final hydrothermal system. A small intrusive is exolving volatiles up a series of faults, and in this case is driving a large convection cell of meteoric water. Again as fluids rise, their chemistry changes and they descend when cooled, as bicarbonate, oxygenated or acidic fluids. Close to the intrusive polymetallic gold-silver is present, while farther away it is polymetallic silver-gold. The ginguro (Japanese for black/white) style of epithermal mineralization is distal to the intrusion as well, and occurs where there has been dilation between two fault zones. This gives it its’ namesake style of alternating black (sulphide rich) and white (quartz-carbonate) bands.

While the diagram is in two dimensions these systems operate in three dimensions. Hence an epithermal system or skarn can be above, or over the next range of hills to it’s related porphyry. The relationship can be further obscured by post mineral deformation. For example, Brucejack (epithermal Au -Ag) and Kerr-Sulpherets-Mitchell (porphyry Cu-Au) are related genetically however the geology has been so deformed, that the relationship was not suspected for many years. In the Guichon batholith both the Highland Valley Cu porphyry and Craigmont Fe-Cu skarn are related to the intrusion but they are many kilometers apart.

Though presented as mutually exclusive styles of hydrothermal system, the reality is more complex. Different styles can overlap at different times or phases of mineralization. Systems can overprint or telescope, so that epithermal mineralization is found within a porphyry copper, or be far above it. Both high and low sulphidation can co-occur in the same place but separated by time. At the Comstock Lode an early high sulphidation phase was overprinted by a later low sulphidation. At the Maroto prospect in New Zealand early porphyry veins are crosscut by later epithermal veins created as the system was rapidly tectonically uplifted.

How do we know the architecture of system that is spread out over 7 vertical kilometres of crust? In a few places where they are still active deep geothermal drilling has caught them “in the act”. In other areas, ancient systems are preserved in the geologic record by circumstance. In the Yerington district of Nevada, for example, the whole hydrothermal system is exposed from porphyry to paleo-surface. This is because the whole system was tilted by faulting rather than being exposed by erosion. The figure below is from Yerington Nevada and shows how these systems look in the real world. The second image is the same but annotated for “clarity”.

The principles discussed in the first diagram are laid out in their full glory above and below.  As modeled there is the large slow cooling intrusion at depth, the alteration indicating the pathways of fluids and intrusions up the zones of the weakness, and the steam heated alteration overlying the intrusion and marking the paleosurface. The mineralization closely matches the models with the progression of skarns, porphyry’s and the quartz sulfide Au-Cu lode.

A final example relates comes from the Cadia Porphyry system in Australia. This example has been deeply eroded, but it shows the same principles. An intrusion with a porphyry Cu-Au deposit (Cadia quarry), is linked genetically through a series of faults & favorable lithologies to a Cu-Fe skarn (Big Cadia). Had less been eroded, there would have been the more distal parts preserved, and maybe even an epithermal deposit or two. This preservation is common in older terrains, where a few eons have removed kilometers of rock exposing the deeply buried roots.

These types of systems are common and well exposed in the ring of fire around the Pacific, where they were first exploited by the Spanish, and other explorers. Hence they have been well studied for hundreds of years, and form the preferred targets for many exploration companies. Not to say they aren’t worth it; these systems have yielded a who’s who of great deposits including Chuqicamata, Comstock Lode, Fruta Del Norte, Jerrit Canyon, Hishikari, Fresnillo, Yanacocha, Kerr-Sulpherets-Mitchell/Brucejack, Escondida, Grasberg and Porgera. Still, it is interesting recursive loop, in that as geologists get a greater understanding of these systems there is a bias towards exploring for them, thus generating an even better understanding and increasing their attractiveness.

If you’ve made it this far, congratulations! This was a lot to handle for a introduction. In future articles, we’ll try to dig into a few of the specific alteration types and mineralization styles that accompany these hydrothermal systems. 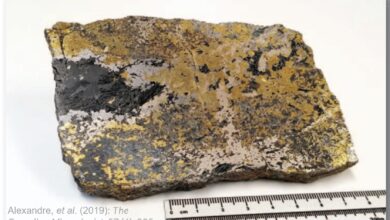 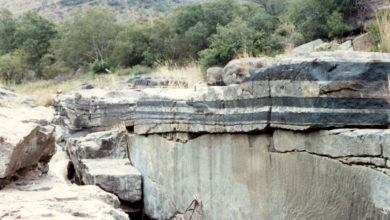