Flying over Nevada on a clear day is one of the great joys of being an economic geologist. The Basin and Range country has abundant structural features, intrusions, deformed bedding and pits and plenty to keep one occupied. Every so often the occasional grid drilling pattern, hinting of what will or what just didn’t quite comes into view. The driver is of course gold, with Nevada dominating US gold production claiming 78% of the total. The perceptive might wonder why then is it called the “Silver State” – the answer is the Comstock Lode.

Like all great deposits, the Comstock Lode did many things; it broke Nevada away from Utah, it pushed mining technology ahead by leaps and bounds, it was critical in kick-starting the study of hydrothermal alteration, it brought the first elevator to Nevada, and it made a few people very, very rich.  Not the original discoverers, they died of gangrene and starvation1, not the second discoverers, they sold out for fractions of the true value. As the archetype for all that came after it, (the term “Bonanza” entered the English language as a result of the Comstock Lode), the people who made the money were the promoters, whiskey sellers, lawyers, and assorted hangers-on that colonize every new discovery. Shares in what we would consider to be “moose pasture” were selling for $40 a share in 1860 – about $1100 each in today’s dollars. The first whiskey salesman on scene, did a cool $200 ($5,600)2 his first night. The lawyers did even better, with some 265 lawsuits in the first 10 years of operation and over $10,000,000 ($281,000,000) spent on legal dueling.

Behind all this was the biggest silver discovery since the Spanish knocked off the Inca and claimed Potosi. Assays of 3,000 oz Silver per tonne where not uncommon. When the Ophir Company shipped its first ore to San Francisco, it made $112,000 ($3,150,000) gross on 38 tons for an average of $78,000 (2017 dollars) per ton. Later in 1873, mining really got going when The Consolidated Virginia and California mines hit “The Big Bonanza” 1000 feet below the surface. It produced $116,500,000 ($3.3 Billion) of gold and silver in 7 years, and was responsible for a quarter of the Lode’s total gold production and a third of the silver.

So what was it? It was is what is now known as a low-sulphidation epithermal deposit. It has the typical quartz-adularia+/- pyrite alteration with elements of high sulphidation alteration as shown by the presence of dickite, kaolinite, pyrophyllite, and diaspore. In 2003 Hudson3 proposed 4 broad zones grading from distal illitic-anhydrite to quartz-adularia with stockwork (vein systems) and massive quartz, to massive and stock work quartz with a sericitic phase coming in from the north. Pre-faulting reconstruction puts the ore bodies on roughly the same horizon, and with bases of massive calcite. This makes intuitive sense as, ore deposition was accomplished by “boiling” off of hydrothermal fluids and deposition of metals. Hudson suggested that unusual superposition of high sulphidation and low sulphidation was due to two distinct episodes occurring in close proximity in time and space. Interestingly the high sulphidation system was essentially barren and deposited only pyrite.

Structurally the area is in the Basin and Range, and that gave the district one of it’s most endearing characteristics. Each time the ore ran out, another ore body was discovered only deeper down. The deposit had been dismembered by normal faults and the ore bodies had been dropped relative to each other. The faults also played a critical role in exposing the upper levels of the Comstock Lode to the elements, exposing and letting a few veins bleed gold into the local creeks, and exposing the silver to become enriched by supergene processes (near surface weathering and leaching). More fundamentally, ore was deposited in bends and open spaces created by the faulting during the mineral process. The process of faulting can be considered like a pump, whereby faulting would open space that would be filled with ore-bearing fluids that would crystallize, and the fault would crack and brecciate (break-apart) the zone again allowing more fluid and ore to arrive and be deposited .

The lithology is a Miocene aged (16-14 million years ago) felsic volcanic pile, emplaced on an older Mesozoic sequence. The Alta, Sutro and Kate Peak, formations are the mine sequence, with the Kate Peak apparently being the best candidate for the mineralizer, while the Alta being the best host. The formations are hornblende-pyroxene andesites with associated sub volcanic intrusions, lahars, breccias, ashfall tuffs, and synvolcanic sediments.

Records are hard to come by but it 1969 it was been estimated that the Comstock produced around 8,256,000 oz gold and 192,000,000 oz Silver, with minor copper and lead as a byproduct. This should be taken as a minimum especially due to poor record keeping in the early years. Also, much of the silver was lost to poor milling and recovery technology. This is still enough to rank it in the top 10 epithermal districts globally.

The contributions to science of exploration and mining are significant. In 1864 Baron Von Richtofen applied the term “Propylite” to the local rocks, in 1882 George Becker, made the connection that “Propylite” was hydrothermally altered andesite, kickstarting the study of hydrothermal alteration. Before Comstock, the previous methods of milling silver involved mules, mercury and sunlight-  the “Washoe method” replaced the mules and sunlight with steam, iron and noise and upped the consumption of mercury, to speed up the process from 5-6 weeks to 6 hours. Philip Deidesheimer invented squareset timbering after being inspired by honeybees and saved innumerable lives from cave-ins in the soft ground. The Sutro Tunnel was a 4 mile long engineering marvel that drained billions of gallons of water from the mines, and continues to function to this day.

Perhaps the most significant impacts it were on the mentality of the people who saw it. After Comstock, the focus of exploration turned from placer to hardrock exploration, with prospectors fanning out across the Western US and then all of North America. It’s no accident that the rich strikes of Copper in Arizona, Silver in British Columbia and Silver and Gold Colorado occurred after the Comstock. It also legitimized mining to a whole section of the investing public, wild though the markets were. Capital was needed and some people were getting fabulously wealthy. According to Cathro4 in 1863 during the height of the Comstock boom, some 2933 companies incorporated in California, 84% being gold and silver miners. From 1850 to 1859 the total was 432 of all types. There was also a boom in stock exchanges with California and Nevada opening 21 stock exchanges between 1863 and 1865, and Oregon throwing another 4 for good measure.

All that wealth, had strategic consequences as well. At the height of the civil war the Union needed the money and the risk of the Confederates having it, was too much. So it was decided that Nevada should become a territory. Prior to organization as a territory, what became Nevada was part of Utah, and administered from Salt Lake City. By 1860 with the flood of miners, the good Mormons wrote off “Carson” as Nevada was then known as “A worthless unaccountable scab, which cannot find a place in any class of honest vocabulary” in Lord’s immortal words. They later regretted when Nevada ate the western half of Utah up to the 113th meridian in 1866.

Finally, like all great deposits the final chapter has not been written. A deposit so famous will continue to attract its share of dreamers, and mavericks. After lying dormant for many years, Comstock Mining has moved in with some new ideas, and the accumulated knowledge of century and a half of study. They have drilled off a Measured and Indicated Resource containing about 1,820,000 oz gold and 17,100,000 oz silver with an average grade of about 1 gram per ton for each5. Will they find the next big bonanza? Who knows but if history is any guide the final chapter is far from being written. 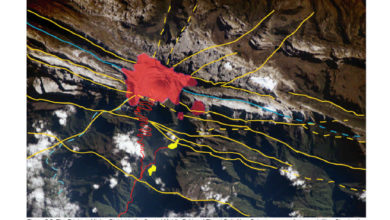 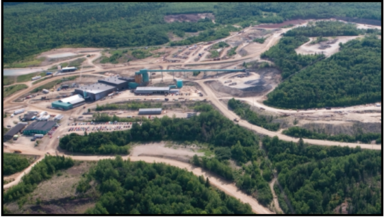