“From Morenci, Arizona where the copper mines glow I could see Clifton in the canyon below” –  Open Pit Mine, George Jones

Porphyry Copper deposits are the planet’s largest source of copper and those of Arizona are among the great mineral endowments of the world. Mining Camps like Bisbee, Ray, Globe-Miami (Morenci) have produced for over a century inspiring songwriters and explorationists alike, and deposits like San Manuel – Kalamazoo have proven critical to our understanding of how these deposits form.

The porphyry copper deposits of Arizona are located in what is known as the ‘basin and range’ physiographic province. This region is characterized by a series of fault bound blocks that have risen and fallen creating a distinctive valley-mountain range topography. Critically as this landscape formed, the rocks not only moved up and down, they tilted exposing the lower crustal levels where Porphyry Copper deposits form.  In addition to exposing the right environment, in many cases the faults brought the deposits themselves to the surface and dismembered them (See figure 1).

The deposits are all copper dominant with subsidiary molybdenum mineralization and unusually with very little precious metals. They are Late Cretaceous to Early Tertiary in  age (75 – 50 million years old) and are typified by an outer pyrite (iron sulfide) halo surrounding an inner chalcopyrite (copper-iron sulfide) halo around which surrounds a large granite-type body of rock. The alteration goes from an outer propylitic (cool temperature), to a sericitic (warm, acid rich) to the inner potassic core (high temperature).

Arizona has never been glaciated unlike other major North American Porphyry districts in Alaska, British Columbia and Washington State. Hence these deposits had extremely well developed ‘supergene mineralization’. Supergene mineralization is when weathering (rain & sun) concentrates the copper in place and dramatically enriches the grade of the deposit. When the first Europeans arrived at places like Bisbee and Miami the original grades were over 20% Copper (where modern mines are typically less than 0.4% Copper). The description of the original mineralization by Fredrick Leslie Ransome in 1904 gives some idea of the wealth of these supergene caps.

“Malachite.-The familiar green basic carbonate of copper is found in greater or less quantity wherever copper ores are undergoing oxidation. In the older workings of the Copper Queen mine (a mine in the Bisbee district) this mineral was abundant, occurring in large and beautiful masses with azurite  and calcite in limestone caverns. The walls of these caves were covered with velvety moss-green malachite, and sparkled with the blue crystals of azurite, while from the roofs hung translucent stalactitic draperies of calcite, delicately banded and tinted with the salts of copper. But the caves have been stripped of their treasures and either filled with waste or allowed to collapse. They are things of the past, and museum specimens, of which perhaps the finest collection is that in the American Museum of Natural History in New York, can but feebly suggest their former splendor.” (Ransome, 1904)

These deposits have been scientifically studied since the 1900’s by the USGS and this in depth study over a long period of time has made this region the “type” area for the description of porphyry copper deposits. It was at the San Manuel-Kalamazoo deposit where Lowell & Guilbert (1970) defined and tested their famous model for porphyry copper deposits. This model was the first to link the mineralization, alteration and deposit morphology (size and shape) into a coherent narrative and has served as the basis for most subsequent research, and exploration globally.  In addition to this important theoretical contribution, it was an extremely profitable piece of knowledge. They used it to find the buried offset part of the San Manuel porphyry deposit known as the Kalamazoo which contained 500,000,000 Tonnes of 0.7% copper 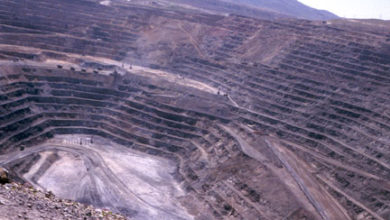 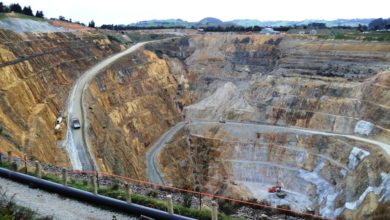