Botswana has long been known for producing diamonds. The new Khoemacau Project is proving this underexplored region of Southern Africa has potential for significant base and precious metal deposits as well.

The project’s flagship asset is in the Zone 5 deposit, which hosts 92 Mt at 2.2% Cu and 22 g/t Ag, nearly half of the project’s high-grade resources. Zone 5 has advanced about as quickly as a large project can these days. It was discovered in 2012, with resources reaching 92 Mt by 2015, construction beginning in 2019, and production beginning in June 2021. Production is from three separate underground mines, which will each produce 1.2 Mt ore per year, for a total of 3.6 Mt/yr once full capacity is reached. The ore is trucked 35 km along a newly constructed haul road for processing at the Boseto plant.

The Zone 5 underground mine is part of the aptly named Starter Project, which also includes upgrades to the Boseto process plant, power, water, road access and other supporting infrastructure. It is expected to produce 60000+ tons Cu and 2 million+ ozs Ag per year. Cu concentrate produced at Khoemacaua will be exported for sale to global markets. Although Ag resources are significant, they’re more of a sweetener here; over 90% of revenue is expected to be from Cu. All-in sustaining costs are $1.75/lb Cu, making Khoemacau a mid-cost producer.

While the project is focused on developing Zone 5, it’s far from being the only game in town: other high-grade deposits on the property including Mango NE, Zeta NE and Zone 5 North are currently undergoing economic evaluation. Other deposits on the property such as Banana, Plutus, Chalcocite, Selene, Z6, and Ophion also host substantial, although lower grade, resources.

Khoemacau is part of southern Africa’s Kalahari Copper Belt, which extends across Namibia and Botswana. Like other deposits in the area, Khoemacau is a strata-bound sedimentary Cu-type deposit. These deposits form in sedimentary basins containing both oxidized terrestrial sandstones (redbeds) and reduced marine sediments. Oxidation refers to the breakdown of rocks by oxygen and water, and often gives rocks a rust-like appearance, hence the term “redbed”. Reduction is the opposite process, where minerals gain electrons.

Oxidized, saline basinal brines circulate through the porous redbeds, leaching Cu and other metals from the porous sedimentary rocks, and any igneous or metamorphic rocks they are in contact with. These fluids may also scavenge sulfur and salts from evaporites within the sedimentary rocks, which further enhances their ability to transport and eventually precipitate metals.

Eventually, these metal-laden fluids encounter more reduced marine sedimentary or igneous/metamorphic rocks. This triggers a chemical reaction where Cu is deposited as sulfide minerals, such as chalcopyrite. Mineralization is controlled by the architecture of the sedimentary strata, as well as structural deformation features like faults and folds. Faults and folds channel fluids from the redbeds into the reduced rocks. The large-scale nature of these controls means strata-bound deposits tend to have a continuous and relatively predictable geometry, making for efficient and often very productive exploration and mining.

Khoemacau is hosted within a deep sedimentary basin which was deposited approximately 1 billion years ago in a terrestrial (land) to shallow marine environment. Host rocks are dominantly sandstones, with variable amounts of siltstone, shale, carbonate, and basalt. These sedimentary and volcanic rocks were deformed during the formation of the Ghanzi-Chobe Fold and Thrust Belt ~550 million years ago. This deformation and associated normal faulting caused Cu-bearing basinal brines to migrate along faults and lithological contacts from oxidized formations into chemical and structural traps for Cu-sulfide deposition. This structural deformation spans a large region of south-central Africa, resulting in similar stratigraphically controlled mineralization being repeated over hundreds of kilometers.

Mineralization at Kheomacau typically occurs along the contact between the oxidized Ngwako Pan Sandstone Formation and reduced D’Kar Siltstone Formation. Disseminated and vein-type sulfide mineralization combines to create mineralization that is continuous over tens of kilometers. Mineralization is typically zoned, with high-Cu, low-Fe sulfides (ex. chalcocite and bornite) occurring underneath low-Cu, high-Fe sulfides (ex. chalcopyrite and pyrite). Ore bodies can often be identified by large magnetic and gravity highs associated with regional structures which have acted as major fluid conduits.

Ore in Zone 5 is hosted along the contact between the Ngwako Pan and D’Kar Formations. The orebody is continuous over ~4.2 km, averages 10 m thick, and dips at ~60°, making it well suited for mechanized mining from large stopes. Minable ore begins ~100 m below surface, and has been drilled to a maximum depth of 1200 m. The deposit is open at depth, and partially open along strike.

The Starter Project is essentially complete. Concentrate production began in June 2021 and the first sale of concentrate expected at the end of July 2021. Production is expected to reach full capacity in 2022. Mine life, based only on Zone 5 resources, will be 22 years.

As the name implies, the Starter Project is just a starting point for Khoemacau. The medium-term planned Expansion Project will include expansion of the Zone 5 mine, production from other nearby high-grade deposits, and the construction of new processing facilities. This expansion is expected to double production to 125,000 tons Cu and 4.5 million oz Ag per year. Although economic assessment of these other high-grade deposits is still ongoing, it seems very likely that these additional resources will extend Khoemacau’s mine life well beyond the current 22 years.

More than half of the project’s total resources are hosted in lower-grade deposits which are not currently being economically evaluated. Although these deposits are much less attractive than others such as Zone 5, they are still higher-grade than many open pit Cu mines around the world and may ultimately prove to be economic depending on Cu prices and production costs. Geophysical surveys suggest there is strong potential for additional resources to be discovered, and exploratory drilling is ongoing.

On a larger scale, Khoemacau illustrates the potential of the severely underexplored Kalahari Copper Belt. In fact, Botswana may soon get a second Cu mine. Australian company Sandfire Resources recently announcing it is investing $259 million in the construction of the Tshukudu mine.

Although geologically similar deposits in the Central African Copper Belt (a few hundred kilometers to the north-east of Khoemacau) already produce a large proportion of the world’s Cu and cobalt, the Kalahari has only recently started to receive serious investment in mining and exploration. Even the size of the Kalahari Cu Belt may well expand, considering the very geologically unlikely fact that the belt’s mapped area ends abruptly at the Zimbabwe border. With the push towards electric vehicles and green energy expected to keep demand for Cu strong for the foreseeable future, Khoemacau may well prove to be only the beginning of Cu mining in the Kalahari. 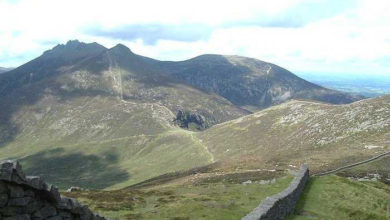 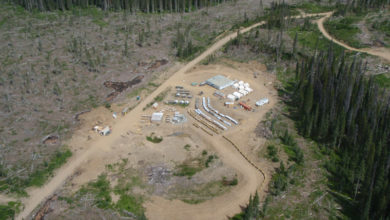