Why Is A Ground Magnetic Survey Useful?

Ground magnetic surveys map the magnetism of underlying rocks. The most common magnetic minerals found are pyrrhotite, (iron sulphide), and magnetite. Magnetite when found with sufficient purity and quantity may become an iron ore deposit.

Pyrrhotite is key to the ability of ground magnetics to reveal hidden zones of potentially valuable  non-magnetic minerals.

The heat of hydrothermal activity demagnetises rocks. These demagnetised zones may be identified using ground magnetics on a local scale, or by aeromagnetics at a regional level. This technique can identify epithermal gold deposits. In the goldfields around Charters Towers, Queensland, Australia, aerial and ground magnetic surveys helped identify demagnetised zones associated with swarms of hydrothermal quartz veins, under younger sedimentary cover.

A survey is usually done by two operators. While walking across the landscape an operator can encounter numerous obstacles, but the idea is to walk as straight as possible. In heavily vegetated areas, walking can be quite slow and concentration has to remain high to avoid hazards such as snakes, rabbit holes or even obscured mine shafts. On good ground, operators can walk up to 15 km a day, so a high level of fitness is required. If you are not fit at the start of the survey, you will be by the end!

Each operator walks across the survey area with a magnetometer and GPS in a backpack. Changes in the earth’s magnetic field are recorded along the length of each line. GPS coordinates for the readings are also recorded. A plot of these coordinates reveals that the actual paths walked are normally not perfectly straight but wriggle across the landscape. Luckily, these minor deviations do not significantly affect the result.

Along with the magnetic field changes, the elevation of the land surface is also recorded by the GPS. This data will later be used by software to generate a 3D model of the topography of the survey area.

The spacing between successive survey lines can vary between 100m to 20m depending on the resolution required. The narrower the line spacing, the higher is the resolution of the resultant magnetic image. The highest resolution images can reveal subtle structures including subtle features in faults and shears, which may point to high grade ore shoots.

A base station is needed for every survey. The station records daily variations in the earth’s magnetic field caused by electric currents in the upper atmosphere, from solar activity. These daily fluctuations are later corrected for, otherwise incorrect magnetic images can result.

Back in the office, a geophysicist processes the data removing artefacts produced from surface items such as steel drums and wire fences. Filters and corrections are used to enhance the data to reveal subtle features and structures within the underlying rock.

Geophysical interpretation is as much an art as a science. An experienced scientist will use a variety of filters that highlight different aspects of the magnetic gradients in the data, and reveal subtle changes which may point to concealed structures and associated mineral occurrences.

Other high level filters used by geophysicists include tilt derivative and horizontal derivative, each providing a slightly different way of viewing the data.

A correction may be applied to standardise the data to a specific height above the ground. Upward continuing helps to remove or minimise erratic surface magnetism, while enhancing longer wavelengths associated with deep objects and features..

The geologist in close consultation with the geophysicist interprets the magnetic images. The use of specialised GIS mapping software allows for other data such as stream sediment, soil and rock chip geochemistry to be combined with the magnetic images. Any coincident anomalies become potential drill targets. 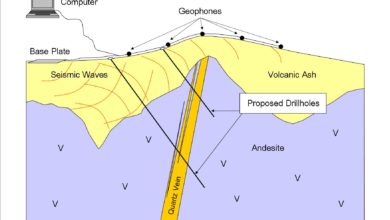 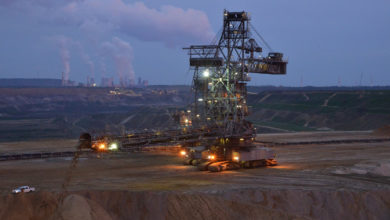