The Mount Polley mine is an open-pit and underground mine located in south-central British Columbia, 8 km south west of the town of Likely, BC. It was discovered following a government aeromagnetic survey which was published by the British Columbia Geological Survey in 1963. The area was initially staked and prospected by Mastodon Highland Bell Mines Limited and Leitch Gold Mines. The property switched hands several times before being acquired by Imperial Metals in 1992. By 1997 the company began full production, mining the Cariboo pit. The mine was shut down in 2001 due to low copper prices, decreasing reserves in the Cariboo pit and the high cost of moving production to the new Springer pit. In 2003 the company moved towards other exploration targets within the mine property and eventually discovered the North East Zone. Copper prices were on the upswing and Imperial Metals was able to file a new feasibility study and bring the mine back into production by 2005.

Imperial Metal’s also operates the Huckleberry open pit copper mine in BC and is currently developing a similar deposit known as the Red Chris Property. They also operate the Sterling Mine, a Carlin-type gold mine in Nevada, USA.

Currently there are five mineral zones or pits within the Mount Polley deposit these include the Carbioo, Springer, WX (Wight pit), the Boundary open pit and the Boundary underground mine. Based on a mineral resource estimate filed on January 1, 2014, the total reserves contain 559 million pounds of copper, 838,100 of gold and 1.7 million ounces of silver. The mine produces about 38 million pounds of copper,  45,000 oz of gold and 120,000 oz of silver per year.

The deposit is located within the Central Quesnel belt along the eastern margin of a larger physiogeological region known as the Intermontane belt. The Intermontane belt formed during the early Jurassic as a series of oceanic volcanic arcs that collided into the continental plate of what became North America.

Mount Polley is characterized as an alkalic copper porphyry deposit and hosted within a series of intrusive granitic rocks classified as “dioritic to monzonitic” as well as hydrothermal breccias (rocks broken up by fluid pressure). The Carbioo, Bell and Springer deposits were identified as the core of the porphyry system. The cross-section below is a vertical slice through the deposit where the red to pink portions represent the core of the system and the green sections represent the surrounding volcanic rock.

Mount Polley made headlines when its tailing pond breached, sending nearly 10 million cubic meters of water and 4.5 million cubic meters of metal-bearing fine sand and silt into nearby Polley Lake. Tailings are the waste that remains from the process of extracting the economic minerals from the ore rock. The composition and consistency of tailings depends greatly on the type and character of the deposit and the mining methods used.

As raw materials are mined they are sent to a mill where the rock is ground to a suitable size that will allow for efficient separation of the economic metals using a variety of processes depending on the mine. The material remaining after separation is primarily waste rock, water and in some cases minor amounts of the processing additive. Regulations (in this and most other jurisdictions) require that companies retain the tailings in a storage facility and ensure no impact to the surrounding environment. Tailings ponds are typically constructed, but in some cases natural lakes are used.

The real problem with tailings are not the additives, but the metals and chemicals naturally present in the waste rock which may be released by processing. In many deposits, the metals are tied up in sulfide minerals and associated with other unwanted or trace metals that get left behind in the processed waste. Depending on the type of deposit and the methods used, tailings can contain high levels of arsenic, mercury and sulfur-containing compounds that can contribute to acid-mine drainage. Copper porphyry deposits are typically high tonnage and low grade meaning that large amounts waste rock are processed in order to extract relatively small quantities of metals. This also means that primary problem with the breach will not likely be toxicity, but the huge mess associated with the finely-ground silty waste rock spilled into the lake and the area surrounding the tailings pond.

Imperial metals will be responsible for cleaning up the mess and we probably won’t find out how the tailings pond failed for some time. The mine is currently on “care and maintenance” while the situation is assessed. 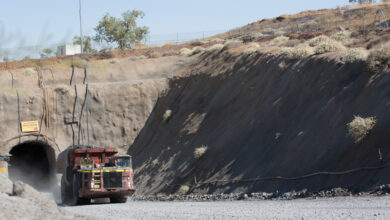 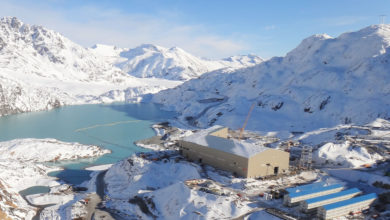 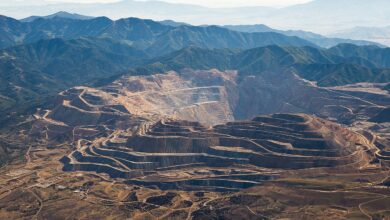