While in most countries individuals may own land, the mineral rights for that land – including the ownership of any mineral and petroleum wealth below the surface – are generally retained by the government. (The most notable exception to this is the USA where individuals primarily own mineral rights on private land.) In Canada some mineral rights are privately held, but the vast majority (~90%) are owned by the government. Further, almost 90% of Canada’s total land mass is government owned “Crown Land”. So while in some jurisdictions, where private land holdings are extensive, the relationship between the landholder and a mining company may require some careful negotiations and the managing of difficult relationships, companies in Canada are generally working on uninhabited government owned land. This article deals with process of acquiring mineral rights in the various regions of Canada.

Individuals may prospect on Crown Land, but before any real exploration work can be done, companies or individuals must first acquire the mineral rights to the property of interest. In Canada, acquiring these rights generally involves the process of “staking” a claim to particular tract of land. In some jurisdictions the process of staking is literal – individuals must walk the property line and “stake” its perimeter using a defined set of rules. In other jurisdictions the process is virtual and properties are “staked” online using a digital map.

Prospectors working in the provinces of Ontario, Manitoba, Quebec, Nunavut, New Brunswick and British Columbia require a prospecting licence before they can stake claims. Obtaining a licence is relatively simple and requires soon-to-be prospectors to be over the age of majority and pay a fee. The fees vary between provinces and may expire every couple of years or last a lifetime. The Yukon and Alberta are the only regions that do not require a prospecting licence, however you must be over the age of majority and a Canadian Citizen. In Newfoundland and Saskatchewan prospectors over the age of majority must register with the provinces Mineral Claims recorders office before they can begin staking online. Generally a prospecting licence grants the prospector the right to travel upon lands that are open for staking providing they have permission from the respective land owner and stake a claim. Ontario, Manitoba, Quebec, Yukon, Nunavut and the Northwest Territories use traditional staking methods whereas British Columbia, Newfoundland, Nova Scotia, New Brunswick and Saskatchewan use digital staking.

If traditional staking seems like an archaic process from a bygone age, that’s because it is. It’s incredibly hard work that requires a strong back and a sharp axe, but in small sparsely populated communities with few opportunities claim staking jobs employ local people.

The traditional staking process is fairly consistent across the provinces and territories, but each jurisdiction has slight variances. In general, claims can range in size from 16 hectares (400 by 400 meters or about 40 acres) to 256 hectares in size. Larger areas may be staked using several adjacent claims. Claims may not overlap and prospectors may check claim maps at the mine recorder’s office or online to ensure their planned claim area does not encroached on the claim of another. Prospectors must also purchase sets of numbered claim tags which must be affixed to posts along the claim boundary. In most provinces, claim boundaries must be square or rectangular in shape and the length to width ratio must not be larger than 4 to 1. The corners of the claim boundary must be “staked” with posts that are tagged and labelled with the name of the licensed prospector,  claim ID,  time and date of staking. There must be four posts numbered 1 to 4 placed in each corner as the prospector “blazes” a trail. Blazing is the marking out of trails between staked claim posts. Prospectors can shave along both sides of a tree in leading in the direction the claim post is facing, or use small pickets and pile loose rocks that clearly identify the claim boundaries. In many areas prospectors use neon flagging tape to mark boundaries or blaze trails.

Prospectors may use a standing tree or stump as claim posts provided they can be cut to the required size. Existing or previously cut posts cannot be reused. If the post cannot be erected the prospector may use a heap of stones (also known as a cairn) or earth. Once the post has been staked and inscribed, the tag cannot be altered nor can the post be removed unless authorized by the provincial government. In the event that a corner claim post cannot be staked due to topography or a lake, prospectors can erect a witness post. A witness post must be placed as close to where the corner claim post should be erected and labeled as a witness post, the prospectors name, the claim name and include the distance and direction to the corner post. For claim boundaries that are longer than 400 m, prospectors must place a “boundary post” every 400 m indicating the distance to the nearest claim post along with the claim ID. (e.g. 400m south of Post 1, Claim ID: 1234567).

All staking must be completed during the same day or within a continuous weekend and the final post must indicate what time and date the staking was completed. Stakers must be careful to watch for existing claim lines that may not yet have been registered.  In popular areas with expiring claims or new discoveries, stakers may literally race to cut posts and claim territory.

If traditional staking seems like an archaic process from a bygone age, that’s because it is. It’s incredibly hard work that requires a strong back and a sharp axe, but in small sparsely populated communities with few opportunities claim staking jobs employ local people. It is for this reason that the traditional staking process has not entirely gone away.

Most mining companies use professional stakers to claim property on their behalf or may acquire staked properties from local prospectors or other firms.

Advances in GPS (Global Positioning Satellite) technology has paved the way for digital claim staking. Since workers and regulators can easily access claim boundaries using GPS devices, the need for physical boundaries is not necessary. In British Columbia, Saskatchewan, Nova Scotia, Newfoundland and New Brunswick prospectors use a computer and sign in to each provinces respective mineral staking system and pick out the area they wish to claim on a digital map. In Ontario, parts of the province may be digitally staked.

Depending on the province the prospector must return to the local mining office to register their claim by filing an application including the coordinates and a diagram of the claim before the deadline. Deadlines vary from province to province. For example in the Yukon, the prospector must file their claim with the nearest Yukon Mining Recorder to that claim. Claims within 10 miles of the district office must be filed within 15 days of staking. For each additional mile, one day is added to the deadline. In Nunavut, the claim must be registered with the mining recorder’s office within 60 days of staking. Other jurisdictions give a flat 30 days for registration. Prospectors must sketch out a map of their claim to be included with the claim registration and may be required to include GPS coordinates for all corner posts. Photos of the posts showing the GPS location may also be required.

After prospector’s stake their claim and have it registered with the local mine recording office, they must maintain that claim through exploration work and development. Each year prospectors or mining companies must perform work on the property in order to keep the claim in good standing and submit detailed reports of their work to the government. Depending on the jurisdiction, company work reports may become public immediately or after a year or two. The work requirement helps deter private landowners or speculators from tying up mining lands indefinitely. The reporting requirement helps future workers advance a property that has been previously worked by providing public access to previous reports and results. Each province has a different set of rules that outline the type and value of work that may be completed on a claim.

The Yukon and British Columbia are well known hot beds for placer mining, the mining of metals (typically gold) from stream or river gravels. Staking a placer claims is different process from “hard rock” mineral claims in both provinces. In the Yukon, traditional staking methods are used, but the process is a bit more involved and more expensive. First a prospector must obtain a prospecting lease: These are dispositions of land for the purpose of testing and prospecting for placer claims. These leases are issued for a year and can only be held for a maximum of three years. Following testing and prospecting, the prospector may stake the ground according to specified guidelines. Prospectors must also provide evidence they have the financial support for their exploration program. These placer claims can be upgraded to mining grants for the sole purpose of mining.

In British Columbia, placer mines must be staked within placer designated areas using the same digital staking system as mineral claims. Placer prospectors must select claim areas on a placer designated map within the outlined areas for placer mining.

Placer Staking in the Yukon, Canada 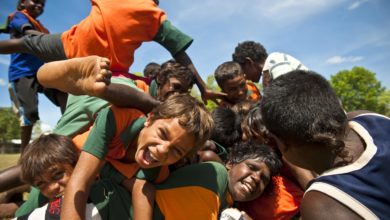 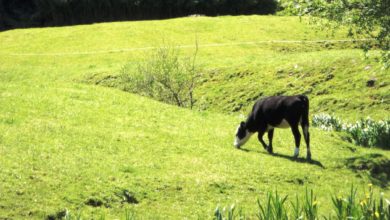