Drilling is expensive and the markets will harshly punish companies that miss on their drilling. While geophysical surveys are no guarantee of success, they may help the company identify subsurface targets.

TORONTO, ONTARIO–(Marketwired – March 20, 2014) – Xmet Inc. (“Xmet” or the “Company”) (TSX VENTURE:XME) is pleased to announce that it has engaged Abitibi Geophysics to commence the ground geophysical program on the 100% Xmet owned Blackflake project. The program will include Ground Magnetic and Induced Polarization surveys and is aimed delineating Xmet’s first target for the upcoming drill program.

Xmet’s Blackflake project is a very early stage exploration prospect whose primary feature is its proximity to Zenyatta’s hydrothermal graphite deposit. We’ve talked before about the value of setting up shop in close proximity to a “hot” property and the collective value of creating “good neighbourhoods” (e.g. here and here) in the exploration world.  While Xmet does not yet have a discovery, their geophysics indicate that the area is prospective for a similar deposit type.

While a hydrothermal graphite discovery by Xmet may or may not happen, it gives us the opportunity to draw attention to our article on the life cycle of a mineral deposit and the associated stock price implications. Early exploration projects are the probably most highly speculative (i.e. risky)  type of resource investment and more often than not result in the total loss of investment. However, a successful discovery can result in a huge returns for early investors. It’s a classic case of risk and reward. Once a company makes it past the discovery stage and starts advancing a project the risk will likely decrease, but so may the reward. A stock may linger for years as a company negotiates the funding to continue exploring and possibly define a resource or reserve. Some argue that once a company has made a discovery, the greatest investment opportunity is lost. Perhaps this is true, but it can also be argued that a discovery is the biggest hurdle. Regardless, its important to understand your own risk tolerance and develop an exit and investment strategy that’s in line with your goals.

Now back to geology.

Xmet is employing a ground magnetic and IP survey of the property to delineate drill targets. Read more about IP and magnetic surveys.  Graphite is not magnetic, but it is highly conductive. The magnetic survey will help the company identify subsurface structures and help differentiate rock units. On the Zenyatta property the graphite occurs in hydrothermal “pipes” and Xmet is presumably looking for a similar target – A conductive, low-mag pipe structure.

Over the past two weeks, Xmet has been completing its line cutting program which is necessary to begin the ground geophysics. The area’s unusually deep snow cover made progress on the line cutting slower than anticipated, but it is nearing completion.

When preparing for geologic mapping or sampling in heavily forested areas, a line-cutting program may be used to grid the property. The trees and under-brush are cleared by chain-saw along lines that are typically 1 meter (or about 3 feet) wide and spaced in a 50-100 meter grid depending on the size of the area to be worked. This allows the geology team to subdivide the property for mapping and  more easily access the target areas.

Xmet would also like to announce that as a result of the VTEM survey, announced February 24th, 2014, it has staked additional lands that captures the full extent of the anomalies.

The company has expanded its property following a an airborne VTEM survey. Airborne geophysical surveys are typically flown across a wide area and the company’s expansion of claims was based on this “overflow” data. While the VTEM survey is not yet publicly available, the earlier TDEM survey is included above.

“Management is excited to be at the final stage before drilling. The Blackflake project has evolved from a very interesting anomaly to a broader exploration play with multiple targets having similar characteristics. Our goal has been to begin our drill program prior to the ice melting, and we are confident that drilling on the Primary Target will begin as planned. Additional staking was targeted as a result of the VTEM survey along the current boarder of our claims and we will be planning programs to develop these targets in the near term. The Blackflake project has developed into an exciting exploration play with multiple targets beyond our Prime target which share similar geophysical features,” said Alexander Stewart, Xmet’s Chairman and CEO.

Drilling is expensive and the markets will harshly punish companies that miss on their drilling. While geophysical surveys are no guarantee of success, they may help the company identify their subsurface targets.

Xmet’s Blackflake Project comprises over 29,000 acres of 100% owned claims approximately 60km to the northwest of Hearst, Ontario and is adjacent to Zenyatta’s Hydrothermal Graphite Deposit. Xmet has now conducted three airborne electromagnetic surveys, VTEM and TDEM, which discovered multiple electromagnetic conductors making the targets highly prospective for further exploration. Xmet has developed an excellent working relationship with the Constance Lake First Nation, with whom the company signed an ongoing Exploration Agreement. Xmet has received all necessary approvals from the Ministry of Northern Development and Mines and is currently in the process of line cutting and performing ground geophysics over the Prime Target.

In Canada, engagement with aboriginal communities potentially affected by mining or exploration projects is now standard practise and in some cases (like in Ontario) a minimum level of engagement is required in order to get work permits.

The technical information contained in this news release has been approved by William Yeomans, a director of Xmet, who is a qualified person as defined in “National Instrument 43-101, Standards of Disclosure for Mineral projects”. 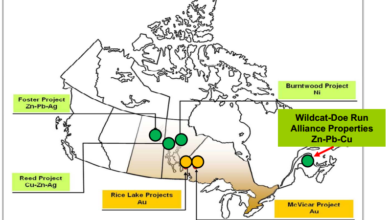 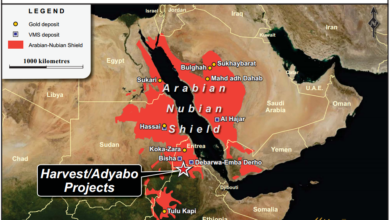