Major structural faults associated with highly conductive graphite are considered to be indicators for uranium deposits. Fission is expanding out from it’s core discovery and has used an airborne VTEM survey to identify several conductors for further investigation.

KELOWNA, BRITISH COLUMBIA–(Marketwired – Jan. 13, 2014) – FISSION URANIUM CORP. (TSX VENTURE:FCU)(OTCQX:FCUUF)(FRANKFURT:2FU) (“Fission” or “the Company“) is pleased to announce it has commenced a new large coverage, $500,000 Radon in lake survey at its 100% owned Patterson Lake South (PLS) property in Canada’s Athabasca Basin. The survey is following up on ten geophysics-identified basement electromagnetic (EM) conductors. Fission’s lake bottom technique survey, conducted in the winter beneath the ice, and analysis has proved key in identifying radioactive anomalies and assisting accurate drill targeting in the previous two drill programs at PLS (>86% mineralization hit rate). To date, Fission’s highly successful Radon survey and analysis has been used systematically on only 1 EM conductor (PL3B conductor) on a property which hosts over 100 such basement EM conductors.

Fission’s Patterson Lake South Project (PLS) has been one of the few exploration success stories of the past few years. It is a high-grade uranium discovery on the edge of the Athabasca Basin in northern Saskatchewan, Canada. The project was originally a 50/50 joint venture with Alpha Minerals but with the takeover of Alpha, Fission now owns 100%.

Since the discovery of the PLS several other companies have set-up shop in the neighbourhood and the region is abuzz with exploration activity. You can read some of our previous company coverage on Fission, Noka’s Western Syndicate and Forum. You can also read more about uranium deposits.

The ten conductors are located in 4 separate areas (Area A, B, C and D) beneath Patterson Lake and Forest Lake.

“Our lake bottom, winter radon survey and analysis techniques were critical elements in targeting the first strike holes at six of the seven zones and numerous successful step-outs. PLS is a hugely prospective property with a multitude of conductors and just as our understanding of the geology has evolved in the past two exploration programs, so too has our use of Radon survey technology. With approximately 20% of the upcoming drilling focusing on exploring new areas of interest, we expect this radon survey to play an important role in targeting and prioritizing new holes.”

Major structural faults associated with highly conductive graphite bodies are considered to be indicators for uranium deposits. Fission is expanding out from it’s core discovery and has used an airborne VTEM survey to identify several conductors for further investigation. These are now being followed-up with a radon lake water survey.

An EIC (Electret Ionization Chamber) survey to measure radon, will be conducted by RadonEx Exploration Management, of St Lazare, Quebec. The survey will comprise primarily samples of measurements of radon in water.

Radon is a radioactive gas that occurs as the natural by-product of uranium decay. The Electret Ion Chamber (EIC) a small passive sensor not unlike the film of a camera, recording the decay of the radon gas within a chamber.

Area A is comprised of a group of 4 main north-east trending EM conductors, including the PL3B EM conductor (which is associated with the high-grade “R” zones). The upcoming survey will cover 3 parallel interpreted time domain electromagnetic (TDEM) conductors, each discrete conductor ranging in strike length between 1.0km – 1.9km strike length. A total of 743 samples will be collected.

Area B is located approximately 2 to 3km north-east of the PL-3B conductors. The survey will cover a single 1.2km long north-east trending EM conductor. A total of 231 samples will be collected.

Area D encompasses three intermittent north-east trending VTEM conductors. Two conductors cover a strike length of 4.1km, while the 3rdcovers a length of 1.3km. A total of 1,031 samples will be collected.

I wish they had included a map with these descriptions so investors could see the size and the scope of the expanded program. It may be that they don’t want their neighbours to see where they’ve mapped their conductors.  Hopefully more will be revealed when the survey results are published. We’ve included a map of Fission’s property for reference.

The 31,039 hectare PLS project is 100% owned and operated by Fission Uranium Corp. PLS is accessible by road with primary access from all-weather Highway 955, which runs north to the former Cluff Lake mine and passes through the nearby UEX-Areva Shea Creek discoveries located 50km to the north, currently under active exploration and development.

The technical information in this news release has been prepared in accordance with the Canadian regulatory requirements set out in National Instrument 43-101 and reviewed on behalf of the company by Ross McElroy, P.Geol., President and COO for Fission Uranium Corp., a qualified person.

Fission Uranium Corp. is a Canadian-based resource company specializing in the strategic exploration and development of the Patterson Lake South uranium property and is headquartered in Kelowna, British Columbia. Common Shares are listed on the TSX Venture Exchange under the symbol “FCU” and trade on the OTCQX marketplace in the U.S. under the symbol “FCUUF”. 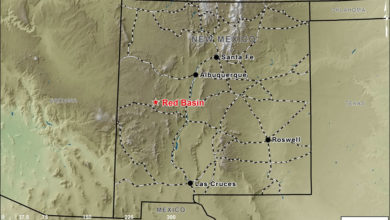