The mineralization between holes is interpreted to be continuous. Interpretation is the most difficult part of a geologist’s job. Results are results, but what’s between the results? Early stage projects require a fair bit of interpretation and is essentially the geologists best guess based on available evidence.

The four holes reported in this release were drilled on Sections 2000 and 2025 (Note: NT-151 was released by Confederation on Aug 23, 2013). These holes together have intersected high grade mineralization which is interpreted to be continuous across both cross sections. The mineralization is closely associated with the hanging wall (southern) contact of the Newman Todd Structure (“NTS”). Drilling in 2013 has focused on a 575 metre corridor within the NTS termed the Hinge Zone. The entire strike length of the drilled area of the NTS is approximately 1.8 km and this strike remains untested for an additional 400 metres to the south-west and at depth. (See figures 1, 2 & 3 attached to this news release.)

Note that the mineralization between holes is interpreted to be continuous. Interpretation is the most difficult part of a geologist’s job. Results are results, but what’s between the results? Early stage projects require a fair bit of interpretation and is essentially the geologists best guess based on available evidence. The “hanging wall” is a term for the upper side of a fault plane. The “hinge zone” refers to the hinge of an interpreted fold.

When taking a critical look at drill results one often needs to discount the highlights in order to calculate the grade of the remaining thickness, but in this case the larger intervals are fairly thin. There isn’t much left to calculate. Instead we’ve cleaned up the data to remove the overlapping higher grade intervals. What we get is a clearer picture of the results. Mostly 3-5 g/t, with some narrow higher grade zones.

The most significant individual result on this page is the 1 meter interval of 98.70 g/t, though I would be curious to see if there was a one big anomalous clot of  free gold (called the “nugget effect”) over a 10 cm interval or a more evenly spread high grade zone. A more evenly spread high grade zone is easier to follow-up on.  Same goes for some of the other high grade highlights. It would also be helpful to see what wasn’t reported to get a better picture of the surrounding rock. Is it completely barren?

Regardless, the most important results are the 9.5 meters interval of 10.39 g/t and the 3 meter interval of 12.42 g/t. While these intervals are no doubt influenced by the higher grade zones within them, they represent the wider intervals of mineralization that may be worth further investigation.

* Width is calculated as core length and does not imply true width of the zone. Weighted average gold intervals apply a 0.20 g/t lower cut-off. Internal dilution within reported intervals does not exceed core lengths of 3 metres unless otherwise indicated.

If you’ve browsed through our knowledgebase you’ve seen this one before. The “true width” versus apparent or calculated width is a standard disclaimer.

R. Bob Singh P.Geo, President of Redstar states: “The high grade gold mineralization intersected in these holes and other holes in this area is closely related to the hanging wall or southern contact of the NTS. The zones occur approximately 5 to 25 metres away from the contact. This style of gold mineralization is well documented at the Red Lake Mine where the high grade zone occurs proximal to a folded Mafic/Ultramafic contact. We look forward to additional results from this exciting new high grade discovery in Red Lake.”

Exploration work at the Newman Todd project is funded by the operator, Confederation Minerals Ltd. (TSX VENTURE:CFM) (“Confederation”). Pursuant to an option agreement with Redstar, Confederation can earn a 50% interest in the project by spending $5.0 million on exploration, paying Redstar a total of $250,000, and issuing Redstar 500,000 shares by November 2013. To date Confederation has spent in excess of $5.0 million on exploration on the project, paid Redstar $175,000 and issued Redstar 350,000 shares. Confederation can earn an additional 20% interest by producing an NI43-101 compliant Preliminary Economic Assessment (PEA) by November 2016.

Andrea Diakow P.Geo is the qualified person as defined by National Instrument 43-101 and has reviewed the technical content related to the disclosed drill results in this news release. Core samples from the program were cut in half using a diamond cutting saw and were sent to Activation Laboratories Ltd. in Red Lake, Ontario, an accredited mineral analysis laboratory. All samples were analyzed for gold using standard Fire Assay-AA techniques. Samples returning over 3.0 g/t gold were analyzed utilizing standard Fire Assay-Gravimetric methods. Certified gold reference standards, blanks and field duplicates were routinely inserted into the sample stream as part of Confederation’s quality control/quality assurance program. 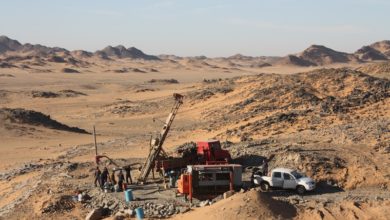 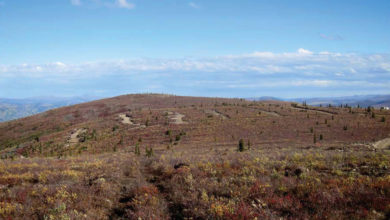