Economics aside, its extraordinary to think that the mineralization at New Pacific’s RZY is hosted in sea floor sediments at an elevation of 5000 meters above sea level!

We haven’t talked about New Pacific before, but this project has some fascinating geology and mineralization styles that we haven’t had the opportunity to discuss before. The project is located in the Quinghai Province of China on the eastern edge of the Tibetan Plateau.

Also known as the “roof of the world”, the Tibetan Plateau is a vast elevated region in central Asia which was formed during the (still ongoing) tectonic collision of the Eurasian Plate with the Australian Plate -the same collision event that created the Himalayas. The plateau has an average elevation of 4500m ( almost 15,000 ft) above sea level and an area of approximately 2.5 million square kilometers (~1 Million square miles). We’ve included a topographic map of the Tibetan Plateau below.

The latest assay results, (combined with results released on November 18, 2013) show that the 2013 drilling program at the Project intersected significant silver-lead-zinc-antimony-copper-tin mineralization in two mineralization zones: the known main mineralized structure zone (“Zone 1”) was discovered by historical exploration; and a new mineralized structure zone (“Zone 2”, previously a target of interest based upon its soil geochemical anomaly), was confirmed this year by surface trenches and drilling to the depth. The new zone is located about 300 metres to the north of, and parallel to, the main zone. Highlights of the most prominent drill results for each zone include (note – widths are core length not true widths):

These highlights are a mess to read through so we’ve scratched them out to save your eyes. Better to look at the results table below.

The assay results are summarized in Table 1 below. Mineralization style of Zone 1 and Zone 2 are similar and both zones are hosted by altered shear structures developed in Permian turbidite sediments and are generally characterized by massive and disseminated sulfides of galena-sphalerite-pyrite in altered sandstone and dacitic dykes.

Turbidites are deep water sediments that occur on the offshore edges of collision zones and are essentially the result of undersea rock and mudslides. They are identified by the geologist based not on the individual rock types alone, but on the sequence in which they occur: Sedimentary layers of varying grain sizes and thicknesses that occur in a specific pattern. Identifying turbidite sequences can be useful for geologists interested in reconstructing the geologic and tectonic history of an area. From an economic standpoint, identifying turbidite sequences can be especially useful in petroleum exploration where understanding basin geology is critical. Economics aside, its extraordinary to think that the ore is hosted in sea floor sediments at an elevation of 5000 meters above sea level!

In the case of the RZY, the turbidites are Permian aged sandstones (~300-250 million years old) that have been altered and sheared, no doubt by the collisional events that have uplifted the plateau. The mineralization is also hosted in altered Permian-aged volcanic rocks (andesites and dacitic dikes). These igneous volcanic rocks may have been the source of the ore minerals which were later concentrated by heat and fluids during the uplift event. Quartz veins are often associated with hydrothermal activity and the association of the mineralization with quartz veins in the photo above supports the idea that the metals were concentrated in this way.

The 2013 drilling program covered only a two-kilometre long section of the entire six kilometre long known mineralized zones on a drill grid of one hundred metres by two hundred metres, aiming to test the size and nature of the silver-lead-zinc mineralized structure and to confirm the assay results of historical trenching and drilling. With successful drill results of 2013 the Company believes that the Project may have the potential of hosting significant silver dominated polymetallic resources, and the Company plans to commence resource definition drilling at the known mineralized Zone 1 and Zone 2, and, in addition, plans to continue with regional exploration to identify more mineralized zones at other prospects of the Project during the 2014 field campaign.

The mineralization is described as consisting of disseminated (dispersed) sulfides of galena-sphalerite-pyrite.

Galena is a lead sulfide and sphalerite is a zinc-sulfide, while pyrite is an iron sulfide. Antimony (Sb) often occurs as an accessory element with Silver (Ag). The combination of lead-zinc-silver is not uncommon in mineral deposits. Nor is the minor copper shown in the assay results. Tin (Sn), however is not usually found with these neighbours and is generally associated with granitic igneous intrusions. The tin may have been may have been transported along with the sediments that formed the turbidites. Regardless, the RZY project consists of a poly-metallic resource in a unique geological setting.

As always, you’ll want to keep a sharp eye on the drill results and calculate the residual grades wherever a high grade highlights can potentially skew the average grade. You might also want to perform a grade equivalent that factors in the multiple metals encountered at this deposit in order to get a better picture of the deposit grade.

Lastly, the statement below deals with the QA/QC procedures used by the company. You can read more about QA/QC programs for geochemical data.

Drill cores were halved by diamond saw with half core samples being shipped to the laboratory of ALS at Guangzhou for preparation and analysis. Analysis methods are four-acid digestion with ICP-AES finish (lab code ME-OG62) for silver, lead, zinc, and copper with overlimits going to titrimetric and gravimetric analysis, and sodium peroxide fusion plus ICP-AES finish (lab code ME-ICP881) for tin and antimony. Standard reference materials, blanks, and duplicate samples were inserted prior to shipment for assaying to monitor the quality assurance and quality control of the assay data.

Alex Zhang, P.Geo., is the Qualified Person on the project as defined under National Instrument 43-101. He has reviewed and approved the technical contents of this news release.

New Pacific is a Canadian gold and silver exploration and development company which owns the Tagish Lake gold project in Yukon, Canada, and also owns the majority interests of the RZY silver-lead-zinc exploration project in Qinghai Province, China. 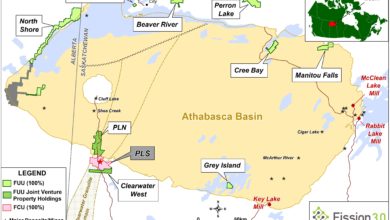