Lead has the symbol Pb, which is an abbreviation of plumbum; the Latin word for lead. On freshly exposed surfaces, lead has a bluish-white metallic lustre but this tarnishes to a dull grey colour when exposed to air. These corrosion products are composed of carbonates and hydroxyl-carbonates of lead. They protect the underlying metal from further corrosion so lead is considered to have a high resistance to bulk corrosion.

The top producing countries for lead are Australia, China and USA. Interestingly, half of the world’s production of lead is from recycled scrap.

Lead has a high density, more than eleven times that of water, and poor electrical conductivity compared to other metals. It is soft, malleable and ductile. These properties along with its low melting point of 327°C, has made it a useful metal throughout history because it is so easy to work with.

Lead is a “heavy metal”; a group of elements that includes other toxic substances such as arsenic, cadmium and mercury.

What are the Main Uses of Lead?

Lead has a large variety of uses. From ancient Rome to the early 20th century, lead was used in water pipes. The term plumber is derived from the Latin name for  lead. Due to the potential for lead poisoning, safer materials including iron, copper, concrete and plastics have now replaced most lead pipe. The ancient Romans escaped lead poisoning because the water that the pipes carried contained high levels of calcium which deposited on the inside of the pipes providing a protective layer.

The weight of lead makes it particularly useful for weights, ballast and for bullets and shot. Shot which is used in hunting was traditionally produced in tall shot towers of around 50 metres in height. At the top of the tower molten lead was dropped through a copper sieve. This separated the molten lead into small droplets. By the time the droplets reached a basin of water at the base of the tower the droplets had solidified into round spheres. The collected shot was then sized and sorted according to their sizes and shapes. The modern method for shot making is the Bliemeister method. Molten lead is dripped into a hot liquid, after which the partially solidified balls are rolled down gentle inclines in a series of steps until they fully harden. The rolling motion and lead’s surface tension creates spherical balls.

A modern day use for lead is in lead-acid batteries. Virtually every automobile has one, or even two. The batteries are essentially a series of lead sheets immersed in a sulphuric acid solution. When a current is applied to the terminals electrical energy is stored in the battery to be used at a later time via chemical reactions between the lead and sulphuric acid solution.

Due to its low melting point, lead is particularly useful as an alloy with other metals in solder. The solder that is normally used in electrical circuitry, consists of tin alloyed with lead. Lead has the effect of reducing the melting point of the metal it is alloyed with. This makes it possible to easily melt solder where it is needed using a heated iron.

Lead has a special use in radiation shielding. Most types of radiation are attenuated by lead, including X-rays and gamma rays. This property is due to its high density and high atomic number. Its softness and flexibility allows it to be used in protective clothing for workers who could be exposed to radiation.

Lead is used in building construction, particularly for weatherproofing. Around chimneys and flues and around gutters, lead sheets known as flashing are applied in a way as to prevent the entry of rain and draughts.

The oxides of lead were once used universally as pigments in paint and cosmetics. Lead carbonate was used as white pigment and lead oxide as red pigment. These days due to the significant health risks, lead in paint is not used in domestic applications. The white pigment has been substituted with safer alternatives such as titanium dioxide and zinc oxide.

If more than  24% lead oxide is added to glass lead crystal is created. The addition of lead raises the refractive index and light dispersion of glass . It also lowers its working temperature and viscosity, but makes the lead crystal heavier than normal glass. Because of potential health risks, lead crystal shouldn’t be used for storing food and beverages, as leaching of lead from the crystal is possible.

How Are Lead Ore Deposits Formed?

The main ore mineral of lead is galena, which is a lead sulphide. When pure, galena contains 86% lead. The lead carbonate mineral cerussite and the lead sulphate mineral anglesite are also important lead ore minerals and are found in the oxidised zone of lead deposits. Lead ores may contain other minerals of metals such as those containing silver, zinc and copper. Lead and its associated metals are mostly found in stratiform and strata-bound deposits. Often lead minerals can be found in distinct veins or lenses or as replacement of the sedimentary rock layers.

The top producing countries for lead are Australia, China and USA. Interestingly, half of the world’s production of lead is from recycled scrap. 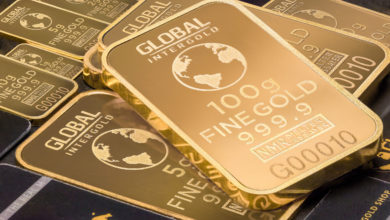 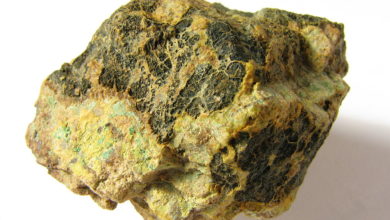 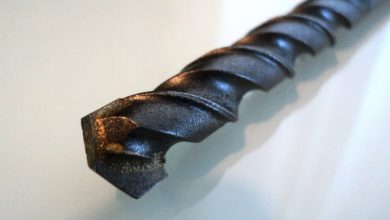