Havilah Resources [ASX:HAV], based out of Adelaide in Australia, is in an enviable position. The hold a significant sized group of claims 120km northwest of Broken Hill in an area that is long associated with mining activity.

The claims cover ancient ground in the Curnamona Craton; where the land is regularly punctuated by granitic intrusions. In turn, this area has been subjected to tectonic pressures that created long, north to south trending fractures in the crust which acted as conduits for mineral-rich fluids. It is these mineralized fractures that Havilah Resources are now exploiting.

The Company just announced that they have been given the go ahead to start mining operations at their Portia site, one of the targets along a north-south trend known as the Benegerie Dome. They have paid a $1.9million (AUS) environmental bond and will complete a 50-person camp in the next few weeks. After this, stripping of overburden will begin sometime around mid-March.

The Portia Mine contains 67,000 ounces of gold (720 kilotons grading at 2.9g/t), and although this is not necessarily a huge amount, we have to look at the potential that their land position in the Curnamona Craton provides. By building their first mine, Havilah Resources will establish an income that can then be reinvested into the advancement of other targets. Along the Benergerie Dome alone, there are several other well defined mineral zones, including:

The Benegerie Zone passes almost seamlessly to the south into the Kalkaroo Dome, which contains even more potential mineral wealth:

In addition to Benegerie and Kalkaroo Domes, there are four other equally prospective structures within Havilah’s claim grouping.

This area has been explored in the past, and estimates of $80 million (AUS) has been spent across the area over a significant period. But exploration has been haphazard by these predecessors, often missing targets or being blinded by the overburden. Havilah turned this around by running large scale geophysical programs that highlighted both the intrusions and the regional structures, and then had a further advantage by having in-house drilling capacity, so were able to react quickly and cheaply to new targets as they were generated.

The Havilah strategy to exploration and development should be a model followed by other companies.

Firstly, acquiring a decent sized piece of ground (but having the budget to maintain the claims) is a wise start. It is easier to drop ground over time to reduce costs than add to it, because as soon as word gets out that prospects are decent, a ‘staking war’ begins and strangles the original company.

Secondly, they were wise in paying attention to previous work done on the site. Historical reviews often answer many of the questions you will have in an area as a geologist, and $80 million worth of work simply cannot be ignored. Even if those previous companies did not turn up anything significant, it helps you to not repeat fruitless efforts with your own exploration program.

Thirdly, running a geophysical survey and ground mapping was what really turn the page. We have to remember that exploration is not a game played in the big financial centres by men in suits, but it is a pure and logical science – a battle which is waged in the field. 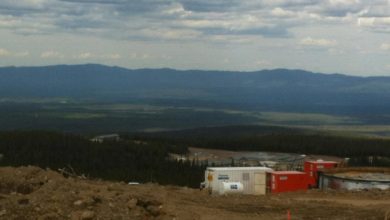