Although it may seem premature to bulk sample a what is essentially an early stage prospect, there is no point drilling and defining a resource for this type of project without first determining the quality and potential economic value.

VANCOUVER, BRITISH COLUMBIA–(Marketwired – Aug. 7, 2014) – Canada Carbon Inc. (the “Company”) (TSX VENTURE:CCB) announces that trenching over the VTEM E1 target Induced Polarization (“IP”) anomalies (See news release dated June 26th, 2014) has revealed graphite mineralization in the southern area of the geophysics grid. The discoveries suggest a high potential for the extension of the conductor and chargeability anomalies beyond the original boundaries of the IP grid. The IP grid was extended to the northeast, northwest, and southeast, more than tripling the area of the survey, to now exceed the area of the original VTEM target. The second IP survey started on July 17th, 2014 and was completed on July 22nd, 2014. The Company received geophysical maps and recommendations on July 29th, 2014, and began a new trenching program on July 30th, 2014 to verify the anomalies generated by the extended IP survey. The geological data generated from the trenching programs will be utilized, in conjunction with the IP responses, to select targets for a drill program which is expected to begin shortly.

Graphite-based high-tech materials such as graphene are all rage in materials research and mining companies have jumped in with both feet by snapping up graphite projects all over the globe. Carbon Canada apparently knows how to follow a good trend when they see it. The company began as United Bolero Development, an exploration company that actively explored for precious metals in the early 2000’s before adding oil and gas projects into their property portfolio. By 2005 the company transitioned into rare earths, molybdenum and gold. In 2012 the company restructured its management team, purchased the Asbury mine in Quebec, Canada and became the graphite explorer now known as “Canada Carbon”. They have acquired 4 graphite properties in Canada.

Graphite’s electrical conductivity makes electromagnetic surveys such as VTEM a useful exploration tool. In fact, in the past graphite was often unhappily found in the process searching for conductive base-metal deposits. This current release announced that trenching confirmed mineralization based on an Induced Polarization Survey completed a few weeks ago.  Follow up drilling is planned as the next phase of exploration on the Miller Mine property.

Following the first IP survey on the VTEM E1 anomaly, trenching and/or stripping was done over the four main IP anomalies to reveal the bedrock structures over the geophysical anomalies, ideally providing geological confirmation of the possible physical sources of the IP responses. Disseminated graphite was found in most of the exposures, and drilling will be necessary to find the anomalies sources. The most interesting results was provided by a trench over anomaly E1-6 on Line 0, where multiple graphite veins were found over a 1 metre (“m”) width within a graphitic skarn. The skarn can be followed over the trench length of 15 m, extending towards the south-east, and beyond the geophysical grid. Twenty metres on-strike from the southeast extension of the skarn, and also outside of the initial IP grid, a former exploration pit was discovered which showed graphite vein mineralization. It does not appear as if any of this graphitic material was removed from the area, as the pit is surrounded by piles of graphite-containing blocks. Additionally, a 20 centimetre block of lump graphite was discovered south of the initial geophysical grid. In the immediate area of the block, a subcrop of marble, pegmatite and graphitic skarn was discovered, which is similar to the mineralization of the historic Miller Mine.

Trenching is form of surface sampling where an excavator is used to dig a trench across an area of interest based on a set of predefined grids, exposing the surface bedrock.  These trenches can be hundreds of meters long by a few meters wide. They can also be tens of meters deep, allowing exploration geologists to use these trenches to map and sample the rock below.

Induced Polarization surveys(IP) are quite useful when exploring for deposits containing dispersed chargeable minerals such as metal sulfides. Graphite’s electromagnetic properties may also produce a chargeability anomaly that can aid in exploration.

According to the company, the graphite mineralization is hosted within a metamorphic rock classified as a “skarn”. Skarns form where hot magma bodies come into contact with the existing bedrock; a form of metamorphism known as “contact metamorphism”.

IP anomaly E1-6, on Line 0, was modeled as lying at 20 to 30 m depth. For that reason, the bedrock graphite vein discoveries revealed by trenching there were somewhat unanticipated. These veins of graphite would strongly suggest that a graphite rich body is the source of the anomaly at depth. Because the modelled chargeability axis E1-6 crossed the entire 150 m width of the original IP grid, and remained strong at the boundaries, the Company decided to extend the geophysical grid towards the NW and SE to gather further data on the open extensions of the targets. Additional survey lines were also placed at the NE extension of each previous IP line to better define the strong anomaly E1-8.

Trenching is being carried out over the new anomalies to quickly find surface indicators that can be associated with the anomaly sources. The trenching program primarily targets extensions to anomalies E1-4, E1-6, E1-7 and E1-8 that are continuous over most of the grid area. On the southeast portion of the second IP survey, the E1-4 and E1-6 anomalies connect together to form a large anomaly that will be a prime target for drilling. Any graphite mineralization which is discovered will be subject to channel sampling and assaying. The Company is currently selecting collar locations for a Phase 1 drill program that will test the most significant anomalies generated by both of the IP surveys. A minimum of 400 m of drilling in 7 different drill holes has already been selected based on the IP and trenching results.

Executive Chairman and CEO Mr. R. Bruce Duncan stated, “The extension of the geophysics grid allowed us to go beyond the boundaries of the original VTEM target zone, and will ensure that we have fully assessed the potential of the E1 target. The graphite vein discoveries in the southern area of the geophysics grid indicate that graphite mineralization is the conductive source of the geophysical anomalies at shallow depth. That area is of high interest to the Company due to its geological similarities with the historic Miller Mine area. Although the Company already has developed numerous drill targets for our planned summer drill program, the new survey will hopefully provide additional anomalies to drill, and so will increase the discovery potential for a large graphite vein system at E1.”

Update on the Bulk Sampling Program

Canada Carbon has contracted with SGS Canada (Lakefield) to scale up the highly successful bench-scale flotation concentration process which yielded 100% C(t) in the largest crystal sizes (see press release dated June 4th, 2014), to pilot plant scale. In order to proceed, SGS has had to source and obtain additional equipment, which has delayed the initiation of this engineering work, now scheduled to begin on August 20th, 2014. Because of this delay and the prolonged winter weather in Québec, the Company has obtained a written extension of the bulk sample treatment deadline to February 15th, 2015, from the Quebec Ministry of Natural Resources. The original permit had required end of treatment by September 15th, 2014 (see press release dated March 10, 2014). The processing will be conducted in phases, with the initial 100 tonne (approximate) sample to be crushed and shipped next week.

As we’ve discussed before, Graphite is a fairly common mineral. It is usually formed through the metamorphism of carbon-rich sediments and can be found in the waste-rock piles of many VMS base-metal and other sediment-related deposits. What may make a graphite deposit valuable is the quality and purity of the graphite. The company has tested some small mineralized samples and now intends to test a larger 100 tonne bulk sample. Although it may seem premature to bulk sample a what is essentially an early stage prospect, there is no point drilling and defining a resource for this type of project without first determining the quality and potential economic value. The company needs to ensure it is chasing something worth chasing.

Dr. Charbonneau, Ph.D., P. Geo #290 (an Associate of Inlandsis Consultants s.e.n.c.) is an Independent Qualified Person under National Instrument 43-101, and has reviewed and approved the technical information provided in this news release.

Canada Carbon Inc. is engaged in the acquisition, exploration and evaluation of mineral properties. The Company holds a 100 % interest in three graphite properties located in Ontario and Québec, including two past-producing graphite mines, the Miller and the Asbury. 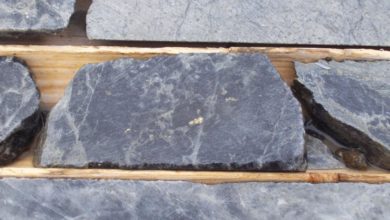 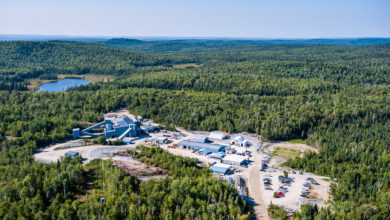 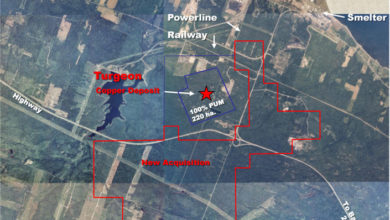