Graphite is a form or “allotrope” of carbon. Another well-known allotrope of carbon is diamond, which goes to prove there is more to physical properties than just what something is made from.

Why Graphite is Not Diamond

A non-chemist may well ask – how on earth can a shiny, sparkly expensive diamond and the soft lead of my old-school pencil be made of the same element? Well it comes down to one thing – crystal structure.

The carbon atoms in diamond are strongly bonded in a continuous three dimensional lattice. In contrast, graphite’s crystalline structure is composed of a series of sheets stacked upon each other with only weak bonds between the individual layers. Due to the different crystalline structures, graphite is much less dense than  diamond.

However, their differences do not end there. Diamond has a brilliant lustre and is extremely hard while graphite is relatively dull and very soft. Actually, diamond is the hardest known mineral with a Mohs hardness scale of 10, while graphite is nearly the softest with a hardness of 1.5.

Three main types of graphite are traded; crystalline, flake and amorphous (or non-crystalline). The crystalline grade is the most valuable and the amorphous the least.

Bottom line – if your partner wants diamonds don’t try and substitute some nice pencils, she will notice.

What Is Graphite Used For?

The traditional use for graphite is in the “lead” of pencils. The name  “graphite” originated from the Greek word graphein which means “to draw or write”. The “lead” in pencils is normally a mixture of graphite and clay. The more graphite in the “lead” of a pencil the softer it is.

One of the most important uses for graphite is in foundries. Graphite is used to line the inside of moulds into which molten metal is poured. Graphite is ideal for this purpose because it can withstand temperatures up to 3000°C, provided oxygen is absent. Also, its natural lubrication properties prevent the metal from sticking to the moulds. In the presence of oxygen, graphite will burn at 700°C, with the production of carbon dioxide gas.

The weak connections between adjacent layers of carbon in graphite’s crystal lattice, allow the layers to slip past one another. Interestingly, this property is not observed in a vacuum so it is also the contribution made by air and water adsorbed onto the surface of the carbon layers which allows this to happen. This property makes graphite feel slippery making it useful as a dry lubricant.

Within graphite’s crystalline structure, electrons can freely move within the plane between the layers making it an electrically conductive material. This property makes it useful as the positive electrode, or anode, in batteries. In recent years, the use of graphite in batteries has been rapidly increasing due to the widespread use of portable electronic devices, such as mobile phones and personal computers.

In addition, graphite is becoming more widely used in the production of composites and other high-tech materials such as graphene.

The best types of graphite are formed by the natural metamorphism of carbon-rich sediments. Heat and pressure causes the carbon within organic compounds to recrystallise into flakes of graphite. Less commonly graphite can occur in hydrothermal veins. The coarser the crystalline flakes, the more valuable the graphite becomes.

Graphite can be formed by heating coal. Unfortunately, the product tends to be the lower value amorphous variety.

China is currently the largest producer of graphite, followed by India. With demand outstripping production, prices for the highest quality graphite are continuing to rise. 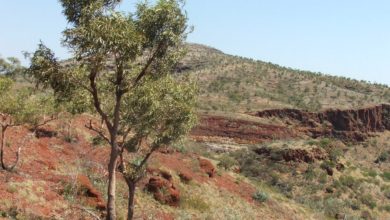 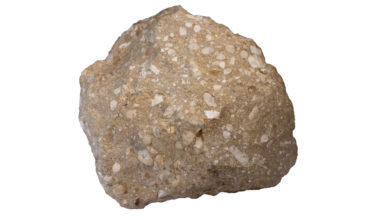