Although 70% of the world is covered with water, with the exception of oil and gas, under sea mineral exploration is still uncommon. However, as land-based resources become depleted and more expensive to extract, interest in what minerals are below the waves is growing.

One industry is ahead of the game; 90% of the world’s diamonds are mined from the sea floor off Namibia and South Africa.

The International Seabed Authority, set up by the UN, is now considering the issuing of the first international waters exploration and mining licenses.

There is a large variety of undersea mineral deposits. Some are unique to the undersea environment e.g. modules and metal-rich sedimentation, while others including hydrothermal vents and sulfide deposits are undersea occurrences, of processes already well-understood from the geological record above sealevel.

Manganese nodules, or more accurately polymetallic nodules, are found in seabed sediments and may cover as much as 70% of the seabed. Initially discovered in the Arctic Ocean, the areas of most economic interest include the Pacific Ocean offshore from Peru, the north-central Pacific, and the centre of the northern Indian Ocean.

Nodules are thought to be formed either via precipitation from seawater or from hydrothermal activity. Nodules range in size from microscopic to about 20cm and include manganese and iron hydroxides as well as nickel and copper.

Mechanised undersea mining was first attempted in the 1960s with a trial excavation of polymetallic modules, from the Pacific Ocean. Although $500 million was invested in module mining, the operations ceased as the figures were not economically viable, given the high costs of extraction.

Hydrothermal vents in areas of volcanic activity, create underwater volcanoes which deposit significant amounts of metal sulfides including gold, silver, copper, manganese, cobalt, and zinc. Sub-sea massive sulfide deposits (SMS’s) can be up to 200 metres thick and spread extensively over the seafloor near hydrothermal vents. The rich ores created could be worth as much as US$500-$2000 ton

There is no production yet from these deposits, but Nautilus Minerals is in advanced stage exploration, in waters offshore from Papua New Guinea.

Namibian diamonds were deposited over 90 million years in response to sea level changes. Diamonds are heavy and therefore, can concentrate on beaches, which are subsequently submerged by rising sea levels. Diamonds are the hardest naturally occurring  mineral but are brittle if they have fractures or inclusions. Marine diamonds have a high ratio of gem-quality diamonds (much higher than Kimberlite-hosted diamonds from which they originated), the lower quality gems having been removed by sea action.

Rare earth elements are strategically important for electronic industries in particular. The Chinese have manipulated their near-monopoly on the world’s production of rare earth elements to maintain the price. It is therefore no accident that Japan, with a significant electronics industry, and a history of conflict with China, have been looking for alternatives.

Led by Japanese scientists, a study of a variety of samples from ocean-floor sediments centre-eastern Pacific has identified rich deposits. One sample site yielded assays that suggested that 1 sqkm of the ocean floor could meet 20% of the world’s annual requirements for rare metals including yttrium. The metals could be simply extracted by acid washing; the main technological hurdle is how to recover from an ocean floor some 4km-5km below sea level.

Sea levels are not stable, and indeed have been changing since the last ice ages, not just because of the high volume of water compared to ice, but also because the northern landmasses rebounded from the weight of the ice (and still are). Some of the deposits in submarine coastal areas may have been deposited on land. Submerged beaches and rivers include significant amounts of gold, titanium, zirconium, rare earths, and tin.

Outside of near-shore dredging operations, the economics of these minerals has not yet made serious sub-sea alluvial mining economic.

De Beers have been mining diamonds in the near off shore from Namibia’s Orange River since the 1950s.

Mining of onshore beach terraces had taken place since the early 20th century. However, it wasn’t until 1958 that diamonds were collected from the sea floor using divers in depths of up to 35m. The 1990s saw expansion to deeper water large scale mining ships, operating in depths of 90-140m. Currently five specialised marine mining vessels, which receive gravel pumped from the seabed, screen material from the ocean floor, concentrate is then helicoptered to shore-based processing.

In a joint venture with Namibia’s government, De Beer’s recovers 1 million carats a year from the sea floor half of Namibia’s diamond production

Vancouver-based exploration company has a variety of conventional and off-shore exploration leases in Africa. Marine projects include:

The issues involved with sub-sea, and particularly deep-sea mining are significant, but not insurmountable.

The technology for deep sea operations, involves using remote-controlled robots which cut ore from seafloor, or scoop up sediments, and feed the ore into a sea-floor pump which then raises the slurry to a surface ship or platform.

Machinery needs to operate at very high pressures and in extremes of both heat and cold. The technology is expensive for deep-water operations and is yet to be proved commercially. This is unlikely to occur while there is still an adequate supply of the target metals in land-based mines.

Most of the world’s oceans are not governed by a country. Outside of territorial waters and economic zones the laws of the high seas, applies. Until recently, these have been silent on the topic of exploration and mining licences.

The International Seabed Authority, setup by the UN, is now considering the issuing of the first international waters exploration and mining licenses.

Conservation concerns are significant from not just traditional conservationist groups but also scientists and the fishing industry. The deep ocean is very poorly studied, new species of fish are still regularly discovered, and little is understood of the eco-systems around sub-sea hydrothermal vents. Indeed the vents themselves were only confirmed about 30 years ago. 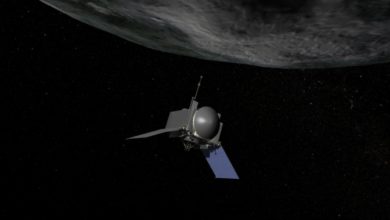 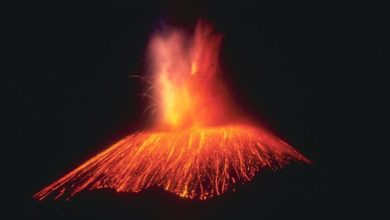 Mining Active Volcanoes (Surprisingly, we can and do!)