North Kao is deeply weathered which is good since we’re really only interested in the oxide and transition ounces at this point. Extracting the sulfide material will likely only be done if and when the oxide material has been depleted.

VANCOUVER, BRITISH COLUMBIA–(Marketwired – March 13, 2014) – True Gold Mining Inc. (TSX VENTURE:TGM) (“True Gold” or the “Company”) is pleased to announce an initial Inferred resource estimate for North Kao at the Karma Gold Project (the “Karma Project”) in Burkina Faso, West Africa. The North Kao deposit represents the contiguous northern extension of the Kao deposit- the largest of five deposits within the Karma Mine Plan1.

We’ve talked about True Gold and their Karma Project a few times before. They’re pretty regular with news and seem to pop-up on our radar more often than other companies.  This most recent release is an update to the company’s resource estimates and will give us an opportunity to revisit some of the project economics, estimation methods and deposit characteristics.

The Karma Project is located in Burkina Faso, West Africa. We’ve included a location map below.

Normally we leave the news releases largely intact for our reviews, but I think maybe it’s time to start trimming the fat a little. Management quotes generally don’t really help us or teach us anything. So from now on we’ll start ignoring or deleting these unless they offer us some information not available in the remainder of the news. Similarly we’ll be ignoring release highlights. Highlights might be helpful for anyone skimming the news, but in our case we’ll be going through the full release and deciding for ourselves what the highlights are.

The company has now collected enough data from the North Kao zone in order to declare an Inferred Resource for that area. While an Inferred Resource represents the lowest level of confidence in the data, there is enough information for the Qualified Person to declare a Resource. In order to upgrade this area from a Inferred Resource to an “Indicated Resource”, the company will need to gather additional data that increases their confidence level in the estimate. This is generally accomplished through infill drilling: A drill program designed to fill the gaps between existing holes and form a more complete picture of the deposit.

As we’ve discussed before, oxide minerals include iron oxides like hematite (Fe2O3) and are often the result of the weathering (i.e. rusting) of sulfide minerals like pyrite (FeS2). The weathering of these sulfides effectively liberates the small gold particles trapped within them, making them more available during extraction. Essentially this means that the gold can be extracted using a low-cost heap-leach process. The transition zone is deeper and less weathered. The sulfide zone is not weathered at all. Extracting gold from the deeper sulfide material will be more costly which is why they have a higher cut-off of 0.5 g/t for that material.

True Gold will initiate a Preliminary Economic Assessment on the new North Kao resource to evaluate the potential economic impacts of an increased production profile and/or the potential to extend the mine life laid out in the Karma Feasibility Study. The overall Karma project area remains largely under-explored and True Gold will continue to pursue the near term goal of adding reserves and resources of near surface leachable material.

It looks like the company intends to add North Kao to its reserves. Once the Resource is upgraded to Indicated from Inferred, performing a PEA (Preliminary Economic Assessment) on North Kao and publishing an updated feasibility study should allow the company to include it as part of its Probable Reserves. Remember that the difference between a resource and a reserve is whether or not economic extraction can be justified.

Results from 137 bottle roll tests on sample rejects from the North Kao drilling, crushed to a P85 of 75 um, mirror the Karma feasibility results for the Kao deposit, with average oxide and transition recoveries of 96% and 92%, respectively. Metallurgical test work in the Karma feasibility study showed a strong correlation between column leach and bottle roll tests, such that the column tests yielded comparable results to bottle rolls between 75 um and 1.7 mm. North Kao is expected to perform in a metallurgically similar manner to the Kao deposit, due to its identical geological setting and enhanced weathering profile.

The “bottle roll” and “column leach” are small scale lab tests designed to simulate gold extraction from different processes. In a column leach test the cyanide solution is dripped through a column of crushed ore material similar to how heap-leaching takes place. In a bottle roll test the material is agitated to (potentially) increase the gold extraction levels. True Gold is telling us that the bottle roll results were the same for North Kao as they were for the Karma feasbility study area and that they expect metallurgy to be the same overall. It will be cheaper for the company to use a larger crush size and standard heap leach.

The North Kao deposit is predominantly intrusive-hosted and consists of a stacked sequence of structurally-controlled tabular bodies, defined by pervasive quartz-sericite-pyrite (QSP) alteration, breccia and locally distributed stockwork, shear and extension QSP veins. Gold is closely associated with each of these features, with the breccia and QSP veins carrying the highest grades. Sediment-hosted mineralization is more vein-dominated and localized at intrusive contacts, either with the main granodiorite intrusion, or related felsic dykes.

Mineralized zones are up to 86 metres thick and exhibit extraordinary lateral continuity over 1.6 km along strike and more than 1.0 km down-dip. In comparison to the Kao deposit, the zones at North Kao tend to be slightly narrower and higher grade, such that the grade thickness profiles of each deposit are nearly indistinguishable.

The weathering profile is extensive at the North Kao deposit, gradually deepening from approximately 60 to 120 metres from south to north, which results in almost twice the leachable resource ounces per horizontal metre of strike length when compared to the Kao deposit.

The company is telling us that the North Kao is deeply weathered which is good since we’re really only interested in the oxide and transition ounces at this point. Extracting the sulfide material will likely only be done if and when the oxide material has been depleted.

The resource model is based on 161 new drill holes (43 core holes, 118 reverse circulation holes) drilled on a regular grid spacing of 100 x 100 metres. The intrusive-hosted mineralization occurs within seven stacked tabular zones that were modeled using the vein modeling tool in Leapfrog Geo software. Mineralized intervals were selected using a nominal cut-off of 0.2 g/t Au on samples for inclusion, as well as, for the grade for the full composited interval. Three of the seven zones exhibit good continuity across the entire strike length of the deposit within the intrusive rocks. The other four zones are more locally developed.

Sediment-hosted mineralized domains are more irregular in shape and distribution and were therefore modeled using a Leapfrog interpolation on indicators representing mineralized (1) and unmineralized (0) material, using a threshold of 0.2 g/t Au. These zones account for less than 5% of the modeled mineralization.

The mineralized zones all have a broadly consistent shallow dip at approximately 10 degrees to the east, but selected intervals show vertical offset that are clearly fault-controlled in some areas, but may also reflect local undulations in the mineralized bodies in other areas. Two major faults are included in the model with vertical offsets of up to 70 metres. The largest offset is on a northwest trending fault that is parallel to the high grade northwest trending structure in the main Kao deposit, and hosts one of the best intercepts to date (KAO13DD-233: 1.5 g/t Au over 90 metres, see news release dated January 21, 2014).

Sample assays were composited to 2 metre intervals within the mineralization wireframes. Mineralized domains were capped at 5 or 8 g/t Au, depending on the grade profile of each individual zone. Four of the zones did not require capping, and a total of 6 out of 2,037 samples were capped, amounting to a metal reduction of approximately 4%.

Validations were done using comparisons with ID2 and nearest-neighbour models, visual and statistical comparisons between block grades and composite grades, and swath plots. Block grades show an acceptable degree of smoothing compared to the composites, with approximately 15% lower average grade.

Resource modelling typically involves the separation of the deposit into discreet blocks and and estimating the grade of the blocks from available data. You can learn more in our article about resource modelling and its limitations.

Due to the wide spacing of the drill holes, all blocks are classified as Inferred.

In the table above they mention that they have used a gold price of $1,300 USD/Oz in determining the mineral resource estimate which is the same they used for their reserves in the feasibility study. But in the above paragraph they state that a price of $1,557 USD/Oz was used. Why? Essentially, the feasibility study helped establish a cut-off grade which was in part based on a $1,300 gold price and is reportedly used for this resource estimate. However, size and the shape of the open pit modelled around this resource used a price of $1,557. It is strange that they didn’t use a consistent price, but since resource estimation does not directly involve determining economic feasibility it’s not worth arguing at this point.

Open pit designs are fluid things and can change through the life of a mine as companies adjust to metal prices, costs, reserves and the physical limitations of the pit size and shape.

True Gold Mining Inc. is where gold comes to life. We are committed to growing a successful gold exploration, development and production company, by focusing on projects with low costs, low technical risks and solid economics. The Company’s board, management and technical teams have proven track records in gold exploration, development, operations and production worldwide. 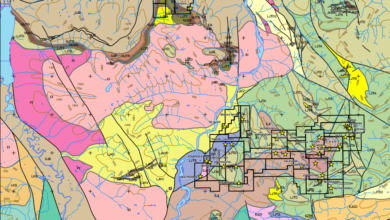 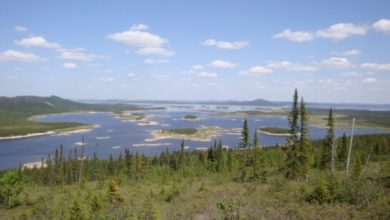