Media Luna is in the emerging Guerrero Gold Belt of Mexico. Below we’ve provided a map for locating the deposit.

In addition, a recent magnetic survey completed over the entire property, suggests a 26% increase in the area of the three magnetic anomalies in the Media Luna Area (498 ha to 630 ha). Interpreted in the ‘new’ magnetic area is a connection between the Media Luna West anomaly and the northwestern ‘lobe’ of the Media Luna anomaly. The same survey reveals several other magnetic anomalies both north and south of the Balsas River, which are currently being evaluated by the exploration team.

Aeromagnetics or ground magnetics can show the underlying structure of the rock due to variations in the abundance of the magnetic minerals magnetite and pyrrhotite. Knowing the structure of the rocks can help geologists identify potential sites for gold deposition. At Media Luna the gold mineralization appears to correlate well with the magnetic anomalism. A magnetite-bearing skarn, which hosts the gold, encases a granodiorite intrusion. Because the skarn is magnetic the most probable sites for gold mineralization can be identified in the aeromagnetic images and drilled. With each success comes more confidence, enabling Torex to add more gold to their inferred resource. Below is an aeromagnetic image showing the magnetic anomalies that Torex is chasing relative to the current Media Luna resource area. A cross-section showing the drillholes intersecting the skarn mineralization at Media Luna is also shown.

Fred Stanford, President & CEO of Torex stated: “The gold potential ‘south of the river’ continues to be very prospective and encouraging. We look forward to drill testing the interpreted magnetic connection between Media Luna West and Media Luna and to understanding the potential that it might offer. Todos Santos, the third magnetic anomaly in the Media Luna Area, also shows significant promise. We are pushing a road down to the first Todos Santos drill platform and anticipate the start of drilling before year end.” He added, “A great deal more work is required to fully understand the nature and overall potential of the entire 29,000 ha of the claim area. The expansion of the footprint of the Media Luna Area magnetic anomalies to 630 ha means that the recently released resource covers only 24% of the interpreted magnetic area. In addition, the resources also occur over an additional 30 ha in an area outside of the main magnetic anomaly. In the Media Luna Area, magnetism can indicate potential mineralization, but a lack of magnetism does not necessarily indicate a lack of mineralization. We look forward to the continuing efforts to fully evaluate the many untested targets, both north and south of the river.”

The current inferred gold resource at Media Luna is 5.84 million gold equivalent ounces. If success continues with drill testing all the magnetic anomalies, Torex could be looking at a mammoth 20+ million Au (eq) ounce inferred resource in the future.

Here are two standard disclaimers that are worth paying attention to. The first one is a statement about the true thickness. Torex hasn’t even provided an estimate of the true thickness so you can be assured that the true thickness will be less than than the “core length”. Then they go onto say that the gold equivalent grade is based on 100% metal recoveries. Any metallurgist will tell you there will be losses in the processing circuit. The job of a metallurgist is to minimize these losses. Any metallurgist who can achieve a 100% recovery on the metal content of the ore would be worshipped like a god! Also, be careful when relying on the metal prices for the gold equivalent calculations. These prices are of course continually fluctuating on a day-to-day basis. For example, on the day we wrote this review (26 September 2013) the gold price was US$1324/oz, silver US$21.73/oz and copper US$3.28/lb.

Please refer to Table 1 for a complete list and expanded description of the borehole intercepts reported in this press release. Refer to Figures 1 and 2 for new magnetic anomalies identified with recently completed survey and to Figures 3 and 4 for borehole locations.

A ZTEM and magnetic survey covering 1,620 line-kilometers was completed over the Torex concession. Initial results from the magnetic survey reveal notably different shapes for the main magnetic anomalies in the Media Luna Area (see Figure 2). Of particular note is an expansion of the main Media Luna anomaly to the northeast and the appearance of a connection between the Media Luna West anomaly and the NW extension of Media Luna. The Todos Santos anomaly also has a slightly different shape. The cause of the differences between the new magnetic and the previous (year 2000) magnetic data is not known. The changes in the shapes may result from surveying using a different line direction, lower magnetic sensor height and better line control using a helicopter. The ZTEM data highlights resistivity contrast within the local rock packages and will be particularly useful to define rock contacts and vertical structures that may have been conduits for mineralizing fluids. Both the ZTEM and magnetic data are being used to create 3D inversion models that will support detailed targeting within prospective areas.

ZTEM is Geotech’s proprietary airborne geophysical method. ZTEM is operated in a similar manner to the more well known VTEM system. Rather than inducing an electromagnetic field (EM) field the way that a VTEM transmitter does, the ZTEM (Z-Axis Tipper Electromagnetic) system uses the naturally occurring EM fields from worldwide thunderstorm activity as the source of transmitted energy.

Ten drill holes have been completed at Media Luna West. The drilling defines an area with current dimensions of approximately 500m x 700m that contains strong Au-Ag-Cu mineralization associated with magnetite-pyrrhotite-bearing exoskarn alteration. The mineralization is similar in nature to Media Luna. The large zone of magnetic anomalism between Media Luna West and the NW zone has yet to be drill-tested (see Figures 2 and 3).

The focus of ongoing exploration will be to continue wide-spaced drilling at Media Luna West and NW Media Luna and to test the zone of magnetism that connects these 2 areas. In addition, reconnaissance drilling will test Todos Santos and other magnetic anomalies in the area.

It is a little puzzling why Torex ended on such a negative note with this disclaimer, down playing their exploration targets after beefing up their potential earlier in the press release. I guess they are just covering themselves in case their exploration model falls in a heap with further drilling.

The Company has a Quality Assurance/Quality Control (“QA/QC”) program in place that includes 2% of each of the certified reference materials, blanks, field duplicates and preparation duplicates for the grassroots exploration drilling program, with the objective of the QA/QC program to ensure the batch to batch relative bias remains constant and that absolute accuracy at anomalous to near cut-off grades is measured and acceptable. The QA/QC program as designed has been approved by AMEC and is currently overseen by Cristian Puentes, Chief Exploration Geologist for the Morelos Gold Project.

In the above paragraph is Torex’s QA/QC statement. For some background on the reasoning behind QA/QC programs read our article.

The scientific and technical data contained in this news release pertaining to the Morelos Project has been reviewed and approved by Mr. Barton Suchomel as a Qualified Person under NI 43-101. Mr. Suchomel is a Fellow of the Australasian Institute of Mining and Metallurgy and has experience relevant to the style of mineralization under consideration. Mr. Suchomel consents to the inclusion in this release of said data in the form and context in which it appears.

Torex is a growth-oriented, Canadian-based resource company engaged in the exploration and development of its 100% owned Morelos Gold Property, an area of 29,000 hectares in the highly prospective Guerrero Gold Belt located 180 kilometres southwest of Mexico City. Within this property, Torex has two projects: the El Limon and Guajes Project, currently under development, and the Media Luna Project, at an advanced stage of exploration. Torex intends to identify a pipeline of future economic deposits within its property, which remains 75% unexplored.

To view Figures 1 to 4, please visit the following link: http://media3.marketwire.com/docs/txg0923figs1to4.pdf. 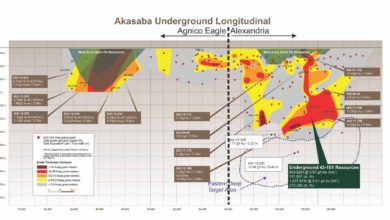 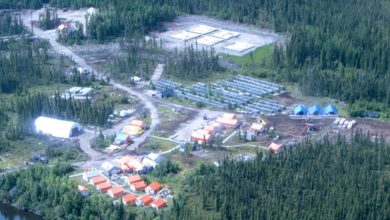