While the property is most definitely in an area that is prospective for a copper-gold deposits, referring to it as a “world class” porphyry copper target is somewhat bold.

Redhill Resources is a junior mining company actively exploring for porphyry copper deposits in the Babine Region of British Columbia. The company plans on testing a Induced Polarization anomaly through diamond drilling. The program will be done using HQ and NQ size drill core. HQ drill core is 63.5mm in diameter and commonly used for providing accurate assay results. NQ drill core on the other hand is much smaller (47.6mm) and cost effective. The trade off with using NQ core however is that the amount of sample assayed is much less, and less accurate when comparing drill results or even calculating estimated resources.

The Babine region in British Columbia was host to two operating mines in the early sixties and seventies; the Bell Copper mine was operated by Noranda and Gransile mine by Granby Mining and Smelting. Both of these properties are now owned by Xstrata/Glencore and both mines have been closed since the early nineties.   Exploration in this region has been classified as “brownfields”, but SAT property itself has had little work done. While “greenfields” exploration is used to reference maiden properties that have not been previously explored, “brownfields” are properties that have been extensively worked.

Porphyry Copper deposits form as large plug-like magma bodies that rise to the surface. As these bodies ascend they release large amounts of hot, hydrothermal fluids that contain copper and gold. Gold and copper-bearing minerals can precipitate from these fluids as finely dispersed grains throughout the surrounding rock. Geophysical methods such as Induced Polarization(IP) surveys can be useful in identifying areas prospective for finely dispersed, or “disseminated” mineralization.

The SAT Property covers 4,620 hectares in 10 contiguous road accessible mineral claims approximately 50 km northeast of Smithers, southwest of Babine Lake and west of the town of Granisle. It is located within the prospective Stikine Terrane which hosts known copper porphyry deposits including the historical Granisle and Bell mines as well as the Big Onion and Morrison deposits. The SAT Property is considered by the Company to be a world class copper-gold-molybdenum porphyry target.

Little work has been done on the property other than a few geophysical surveys and shallow drill holes. While the property is most definitely in an area that is prospective for a copper-gold deposits, referring to it as a “world class” porphyry copper target is somewhat bold. Then again, calling something a world class target doesn’t really mean anything at all. Such is the fine art of press release wording. Until the company files a 43-101 compliant mineral resource estimate that statement can be safely ignored.

This news release has been reviewed by Brent Butler, Director, and a Qualified Person as that term is defined in NI 43-101. 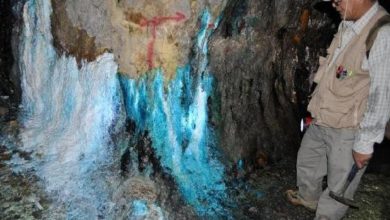