Helium is a critical commodity for a high-tech world. It is widely known that helium is used for inflation (blimps, balloons, etc). Helium has many other applications: medical treatments for respiratory illnesses, MRI magnet cooling, and manufacturing of hard drives, fiber optic cables, and microscopes. However, recent helium shortages highlight the importance of this nonrenewable resource. We summarize the characteristics,  occurrence, supply/demand picture, and the reserve situation of helium below. 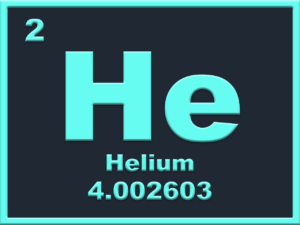 Helium is a colourless, odourless, and tasteless gas that does not form compounds or react with any other element (inert). With the smallest atomic radius and the second-lowest atomic weight (Figure 1), helium is a very special element for various reasons. It has the lowest boiling point, i.e. temperature at which the gas transforms into a liquid, and freezing point of any element, at -268.9°C (-452.0°F) and -272.2°C (-458.0°F), respectively. Unlike other gases, lower temperatures and higher pressures are required to turn helium into a solid. Another remarkable characteristic of helium is that at -271°C (-456°F) it behaves as a superfluid – a liquid devoid of viscosity (resistance to flow).

Isotopes are variations of a specific chemical element with a distinct number of neutrons – atomic particles with a neutral charge that are vital to the production of nuclear power. Helium has two naturally occurring isotopes: helium-3 and helium-4. Both helium isotopes are stable, meaning that there is no radioactive decay (the process of spontaneous radiation loss from an atomic nucleus)  Helium-4 represents >99% of natural helium, and it is the isotope we refer to herein.

Despite being the second most abundant element in the universe (~ 23%), helium is fairly depleted on Earth (~ 0.0005%). Nearly all the helium on Earth forms from the breakdown of uranium and other radiogenic elements. The lightweight gas easily floats up through the Earth’s crust into the upper atmosphere until it eventually escapes into space.

Helium is mainly extracted as a byproduct in natural gas extraction. The U.S. has been the major source of helium, with some of the most helium-rich deposits (0.3-2.7 % helium), and still accounts for the bulk of supply today. However, the depletion of the strategic U.S. Federal Helium Reserve, along with the emergence of new suppliers such as Algeria, Russia, and Australia, has reduced its role (Figure 2).

History of the US Federal Helium Reserve

The Federal Helium Reserve (FHR) is a reservoir that serves as a strategic helium supply. Located in Amarillo, Texas, the reserve is managed by the U.S. Bureau of Land Management (BLM). It includes a storage reservoir, enrichment plant, and pipeline system (Figure 4). The FHR was established by the U.S. government in 1925 to supply helium for military and commercial airships. For decades, the U.S. government had the production monopoly over helium until 1960 when, due to increased demand, purchase of helium from private natural gas producers was authorized. In 1996, the U.S. government decided to sell off and dispose of the helium reserve since helium was no longer considered vital to national security. Liquidation of the FHR inventories and subsequent interruption of helium sales by the FHR resulted in a helium shortage.

Theoretically, helium could be collected from the air. Its low concentration, however, makes the process unfeasibly expensive. So, all commercial helium supply comes from underground reservoirs. Helium is extracted from wells that drill natural gas. It is separated from the natural gas by reducing the temperature until the natural gas liquefies and is taken away. This extraction process is known as fractional distillation. Due to its extremely low boiling point, helium can be separated from all other gases by low-temperature and high-pressure conditions. Natural gas liquefies between -15 and -25°C, whereas nitrogen turns into a liquid at ca. -70°C. After that, around -250°C, helium liquefies and is removed. Other mechanisms used to separate helium from natural gas components include high-pressure membranes, and pressure swing adsorption (PSA) or temperature-swing adsorption (TSA). The suitability of each of these technologies depends on the scale and timeframe of the project.

Global helium reserves are located in the US, Russia, Qatar, Algeria, and Iran. With the upcoming depletion of the FHR, new prospective suppliers include Australia, Canada, and Tanzania. Also, a few companies are investing in helium exploration and extraction, such as Canada-based Desert Mountain Energy Corp. (TSXV:DME) and American Helium Inc. (TSX:AHE.H).

While global supply is plummeting, prices soar with demand. The current worldwide supply deficit is estimated to be about 15%. One drive of the shortfall is the inability of the BLM to deliver helium to private suppliers. Additionally, helium supply is currently dependent on approximately 20 liquefaction plants in countries with large natural deposits: the U.S., Australia, China, Russia, Algeria, Poland and Qatar. Three of these plants produce 75% of the world’s helium: an ExxonMobil plant in Wyoming, the Ras Laffan Industrial City in Qatar and refining facilities linked to the BLM pipeline in Texas. As a result, global supplies are incredibly sensitive to geopolitical events or industrial circumstances. Therefore, additional global developments are trying to unlock new supplies for helium, such as the Russian gas giant Gazprom in Eastern Siberia.

The constant volatility of helium prices can be partially explained due to the fact that only a handful of countries control the global supply. In a market dominated by so few sources, any disruption in the supply chain has a magnified impact. As more countries enter the helium business, e.g. Russia and South Africa, episodic shortages are likely to be alleviated. Despite all upcoming projects, we might still face a relative scarcity of helium worldwide. Until the scarcity ends, prices will keep rising (Figure 5). With increasing demand trends, new suppliers are likely to substantially profit in their endeavors.

Due to the ongoing concerns involving helium prices and availability, conservation/recycling efforts have been promoted, particularly in the scientific community. Helium used for research purposes is only a small fraction of total consumption in the US, ca. 8%. Soaring helium prices compromise its vital use in low-temperature research. The U.S. government is currently working to fix this availability crisis. An example is a small-scale program run by the National Science Foundation to outfit labs with systems that recycle and re-liquefy helium. Yet, recycling helium can be a complicated process since, due to its chemical properties, it can easily escape from any container. 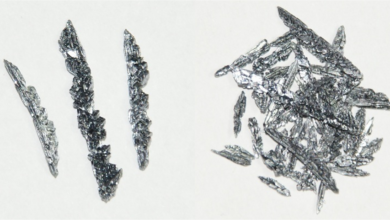 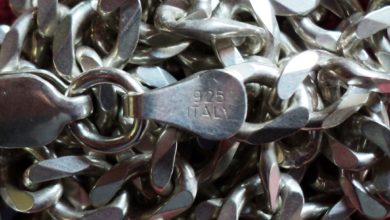