After fifteen drill holes, it’s starting to look like a repeat of the discovery hole is not meant to be. Still, the company has pulled together a low grade inferred resource and learns with every hole.

WEST KELOWNA, BRITISH COLUMBIA–(Marketwired – July 8, 2014) – COLORADO RESOURCES LTD. (TSX VENTURE:CXO) (“Colorado” or the “Company”) is pleased to announce the results of 5 diamond drillholes totalling 2191 m on the North ROK claims. The 2014 Phase I drill program followed the recommendations of the NI 43-101 report to target the expansion of the known inferred resource and drill tested kilometre scale geophysical anomalies that cluster around the existing inferred resource. The location of the 2013 and 2014 drill collars are illustrated on Figures 1 and 2, and the 2014 drill results are compiled in Table 1. All mineralized intervals are drill indicated widths as the precise orientation of the mineralized zone relative to the drillhole orientation has not yet been conclusively defined.

The last time we reported on Colorado Resources, we were a bit disappointed (as I’m sure they were) with the results of follow-up drilling to their discovery hole (NR-13-001) of 242m at 0.63% copper and 0.85 g/t gold. After fifteen drill holes, it’s starting to look like a repeat of the discovery hole is not meant to be. Still, the company has pulled together a low grade inferred resource and learns with every hole. This news outlines their most recent drill results.

Colorado completed a inferred mineral resource estimate in January and has the resource pegged at 142.3 million tons at 0.22% copper and 0.26 g/t gold. At current prices this equates to a CuEq of 0.38%. Compare that to the nearby Red Chris which has about 300 million tonnes grading at 0.53% CuEq. Porphyry Copper Deposits are known for their high tonnage and low grades, but these numbers aren’t quite where they need to be.

Its also worth noting that inferred mineral resources represent the lowest level of confidence in resource reporting and the company is quick to point out that no economic assessment can be made on based on the current estimate.

The results reported include the copper equivalent (CuEq). This is a calculation based on today’s commodity prices used to compare total commodity values in multi-metallic deposits. Copper equivalents are commonly used when comparing porphyry copper deposits since they may contain gold, silver, molybdenum and other metals in addition to copper.

Some of these results show nested drill highlights which can be somewhat hard to decipher, but essentially 3 of the 5 holes encountered copper/gold mineralization and of the 3 successful holes, 2 had intervals grading above 0.50% CuEq.

These results also represent the drilled intercept and do not necessarily reflect the true thickness of the mineralization.

The 2014 Phase I drill program succeeded in:

The company drilled an IP chargeability anomaly within its West Mabon Zone. Geophysical IP surveys are used to test for dispersed sulfide minerals, a characteristic of porphyry copper deposits.
Although these types of deposits typically form near the surface, mineralization can extend at depth and may require alternate mining methods. The world renowned Chuquicamata mine in Chile is an open pit mine, and has been for several decades. The operator is currently studying the feasibility of transitioning the mine from open-pit to underground.
A strip ratio is the volume of waste rock needed to remove the equivalent volume of ore. Mining operations prefer to have low strip ratios so more ore is being processed by the mill rather than non-economic waste. Of course, it’s way to early to be discussing strip ratios.
The company believes that based on their improved knowledge of the subsurface geology, past drilling may have missed the mineralized targets. This is entirely possible. In early stage exploration programs, every hole helps build knowledge and constant re-evaluation of the program is required.

Greg Dawson, P.Geo. is the Qualified Person as defined by National Instrument 43-101 who supervised the work program and preparation of the technical data in this news release.

The samples were analyzed by Acme Analytical Laboratories of Vancouver, British Columbia. Copper values were first determined using the 1DX ICP-MS method which reports values as parts per million (ppm). Any samples containing greater than 10,000 ppm copper were assayed by the 7AR method, which reports values as percent copper. The gold results were determined using the G601 Fire Assay method which reports gold results in ppm and are equivalent to grams per tonne (g/t). The analytical results were verified with the application of industry standard Quality Control and Quality Assurance (QA-QC) procedures.

As usual, its good to make note of a company’s QA/QC process.

Colorado Resources Ltd. is currently engaged in the business of mineral exploration for the purpose of acquiring and advancing mineral properties located in British Columbia and is also seeking opportunities in Southwest USA and Latin America.

Colorado’s current exploration focus is to continue to advance its North ROK property, located 15 km’s northwest of the Red Chris mine development, and to commence field work on its KSP property optioned from SnipGold, located 15 km’s along strike to the southeast of the past producing Snip Mine, both located in northern central British Columbia. 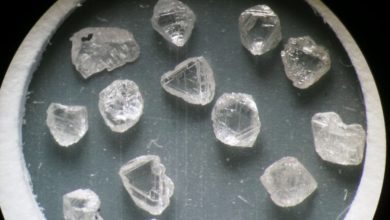