Peregrine Diamonds Ltd (TSX: PGD) Chidliak project contains Canada’s newest and as yet undeveloped diamond district with over 70 known kimberlites, of which at least 6 have the potential to be economic. The project is located on Baffin Island, in Nunavut on the Hall Peninsula about 150 kilometers northeast of Iqualiut.

Though explored for precious and base metals in 1990’s there had been no diamond exploration before 2005 and when Peregrine and BHP teamed up to investigate the area. Peregrine was involved in diamond exploration in Lac Des Gras area and was developing a kimberlite in that region. The Hall Peninsula was chosen on the basis of potential Archean crust and the fact that almost no exploration had taken place there. It was a true “greenfields” project. Based on the strength of till geochemistry including strong kimberlite indicator minerals collected over a three year period, an airborne survey was flown in 2008 and three areas of strong EM response were detected. Ground prospecting was planned with a focus on EM targets with coarse kimberlite indicator minerals. The results was the discovery of three kimberlites and the collection of 900 kilograms of kimberlite to analyse for

diamonds. As luck would have it, all three were diamondiferous and the very first one they found, CH-1, contained commercial grade diamonds. A further sample of 2.28 Tonnes confirmed the potential of  CH-1 and Peregrine focused all their resources on the exploration and development of this project.

Although they have managed relatively continuous exploration and expansion of their project, Peregrine has had some major setbacks. BHP Billiton walked away from the project in 2011 and Debeers declined to earn-in after supporting exploration programs in 2014. Despite this they have managed to bring their project to the PEA stage, focusing on the potentially economic CH-6 and CH-7 kimberlites.

The geology of the property is gneissic (metamorphic) Lower Proterozoic-Archean sedimentary rocks, ultramafic rocks and abundant granitic-tonalitic intrusions. Interestingly the kimberlites contain clasts (fragments) of Ordovician-Silurian limestones proving that the area was once covered by younger Paleozoic sediments.  The kimberlites themselves date to the Late Jurassic – Early Cretaceous and are related to the opening of the Atlantic Ocean. The kimberlite are classified into “volcanoclastic” and “coherent” types based on textural differences: The volcanoclastic as expected are dominated by pyroclastic (volcanic) rocks with a wide variety of xenoliths, and tend to be larger (150-125m radius) than coherent (100-75m radius) textured kimberlites. The coherent kimberlites only have gniessic xenoliths, and a dark, uniform fine grained olive crystalline texture. They occur in either pipe like bodies or dike like sheets intrusions. Some have very sharp contacts with the wall rock but others have more diffuse intrusive contacts.

The economic mineralization in kimberlites are diamonds but not all diamonds are created equal. Colour, clarity, inclusions and size all play a role in the value of the diamonds. Even within a larger kimberlite field there is variation in these factors between individual kimberlites. Huge bulk samples (500-1000 tonnes) are required in order to get a representative sample of the grade and potential value of the diamonds contained in a kimberlite. Peregrine has taken two large samples, from CH-6 and Ch-7 kimberlites. The Ch-6 ran 2.58 carats per tonne at a value of $129-$189 per carat while the Ch-7 ran 0.88 carats per tonne with a value of $94 – $155 per carat. One carat is 0.2 grams.

The company announced a NI 43-101 compliant Preliminary Economic Assessment (PEA) for Phase 1 of the project in July of 2016. They report an inferred resource of 9.63 million tonnes at 1.67 carats per tonne for a total of 15.62 million carats from the Ch-6 and 7 kimberlites. There are potentially 4-9 million tonnes that could be included in the resource with further work. In the PEA the company proposes a 10 year mine life with an annual production of 1.2 million carats.

Knowing that community support is key to their future development plans, Peregrine has held over 120 consultations with locals since 2008 and has made hiring and buying services from local communities a priority. There appears to be reasonably strong community support.

The next stage for Peregrine and Chidliak is to find a big partner who likes what they’ve done and wants to help advance the project. They might have to wait though. Diamond exploration has fallen out of favor in general and prices have been low for the past few years. This makes it difficult to justify the high costs of Arctic exploration and production. The company is now exploring in Botswana, a diamond hub known for low cost, high quality diamond production and with any luck they can leverage their experience and expertise to develop an attractive prospect for established area producers. Even so, it’s hard to say if shareholders will ever benefit. Like so many cash-strapped explorers, Peregrine has had to continuously dilute shareholder investment in order to raise money and keep moving forward.

Despite current economics, Chidliak is an interesting project with a lot of exploration potential. In the right climate it will move forward (Arctic pun intended). 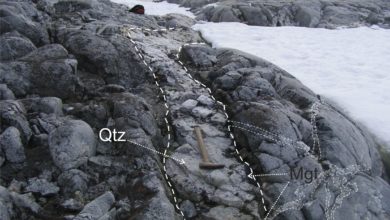