The ground-based gravity survey was used to target fluid-altered and porous rock relating to uranium deposits. The gravity data will be combined with magnetic and em survey data along with geochemical and sample data in order to identify the most prospective drill targets.

The 246,643 hectare Preston Property is the largest individual property proximal to Fission Uranium Corp.’s Patterson Lake South (“PLS”) high-grade uranium discovery and the recent discovery made by NexGen Energy (TSX VENTURE:NXE) on the Rook 1 Project (see NexGen’s news release dated Feb. 19th, 2014). The Syndicate is the largest land tenure holder in the southwest Athabasca Basin region including properties strategically situated to the southwest and to the northeast of the PLS and NexGen discoveries.

The last time we talked about the Western Athabasca Syndicate we were somewhat critical of their aggressive exploration program and argued for a more patient and phased approach. I imagine others would argue that it’s better to strike while the iron is hot – and uranium plays are associated with the Patterson Lake South discovery are among the few “hot” projects in the mining world these days. Regardless, results have been trickling in from the program and today’s news deals briefly with gravity survey results.

The Western Syndicate is a group of strategically aligned companies that include Noka, Luck Strike (TSX.V LKY), Athabasca Nuclear (TSX.V ASC) and Skyharbour Resources (TSX.V SYH). Together they hold a chunk of land south of the PLS called the Preston Lake Uranium Property.

We’ve included a location map below.

Interpretation of the gravity data by Phil Robertshaw, P.Geo., has successfully delineated gravity low anomalies associated with previously identified high-potential exploration corridors defined by structure, magnetic lows, conductors, favorable geology and geochemistry. Gravity is a defining tool for exploration for uranium in the Athabasca Basin and was a key mechanism for vectoring in on the recent discovery made by NexGen at the Rook 1 Project. Hydrothermal fluids associated with high-grade uranium deposits will cause extensive alteration of the host rock, resulting in displacement and removal of minerals/elements, creating porosity and subsequent density contrast. This density contrast will be expressed as a gravity low anomaly and is a prime drill target when qualified by other coincident indicators of uranium mineralization such as geochemistry and radon.

Earlier this week we talked about using gravity to help delineate zinc targets since zinc ore does not respond well to magnetic or em surveys. In this case, a ground-based gravity survey was used to target fluid-altered and porous rock relating to uranium deposits.

Gravity surveys are time consuming and expensive. The equipment is extremely sensitive and many fine measurements are required. For this reason only the most prospective areas would be chosen for this type of survey. Uranium deposition in the Athabasca basin was controlled by structural faults in the Precambrian basement rock which acted as conduits for hydrothermal fluids. These fluids essentially dissolved and replaced minerals in the overlying sedimentary rock resulting in a more porous and less dense rock. In a gravity survey this porosity would contrast from the background rock as a gravity low. These are the “gravity low anomalies” that the Western Syndicate are referring to in this release. The gravity data will be combined with magnetic and em survey data along with geochemical and sample data in order to identify the most prospective drill targets.

In addition, several of the Syndicate’s gravity low targets have been further refined using a proprietary RadonEx survey which has been instrumental in assisting with numerous discoveries in the Athabasca Basin region. The Syndicate is carrying out a ground EM survey to further refine conductor trends and pinpoint drill pad locations. Details concerning the upcoming drill program shall be provided in the near-future.

The group is also conducting a ground based EM survey to further refine its data. Electromagentic (EM) surveys identify subsurface conductors. In base and precious metal exploration EM surveys are often employed to seek out conductive metal bodies beneath the surface. Over the years, many a prospector has drilled a conductor identified in a geophysical survey only to find that the conductive material was graphite and not the metal sulphides they were looking for. In this case however, graphite IS the conductor they are looking for. In the Athabasca Basin, graphite is closely associated with uranium deposition.

About the Preston Lake Property:

The 246,643 hectare Preston Lake Property is the largest land package proximal to the Patterson Lake South (PLS) high-grade uranium discovery, owned by Fission Uranium Corp. The Syndicate continues to employ a systematic, proven exploration methodology that has led to numerous uranium discoveries in the region and throughout the Athabasca Basin. This has been very effective in identifying numerous high-quality targets with similar geological features and exploratory indicators also present at the nearby PLS discovery and in other deposits in the Athabasca Basin. Management cautions, mineralization present on proximal properties is not necessarily indicative of mineralization on the Syndicate’s Property.

It’s worth noting their disclaimer above. While this group has properties near to Fission’s Patterson Lake South discovery, there has not yet been a discovery at Preston Lake. Exploration is taking place and the property does appear to be prospective for a uranium deposit based on geologic similarities with the PLS, but they haven’t yet drilled anything.

About the Western Athabasca Syndicate:

The Western Athabasca Syndicate is a strategic partnership formed between Skyharbour, Athabasca Nuclear, Lucky Strike and Noka to explore and develop a 287,130 hectare suite of uranium properties that is the largest land position along the highly prospective margin of the Western Athabasca Basin controlled by a single group. Under the terms of the agreement, each of the four companies has an option to earn 25% of the five uranium properties comprising the Western Athabasca Syndicate Partnership by making a series of cash payments, share payments, and incurring their pro-rata amount of the total $6,000,000 in exploration expenditures over the two-year earn-in term of the agreement. The properties were acquired for their proximity to the PLS discovery and interpreted favourable geology for the occurrence of PLS style uranium mineralization. The bulk of the Syndicate land package is bisected by all-weather Highway 955 which runs north through the PLS discovery on to the former Cluff Lake uranium mine.

The Athabasca Basin of Saskatchewan hosts the world’s largest and richest high-grade uranium deposits which have grades substantially higher than the world average grade of about 0.1% U3O8. The Patterson Lake area has received escalating exploration attention and claim acquisition activity as a result of the new, near surface discoveries made by Fission which includes the recently reported drill interval of 38.49% U3O8 over 10.5 metres in drill hole PLS14-129. Consistent high-grade, near surface U3O8 assays from Fission demonstrate the potential for high-grade uranium mineralization on the geologically prospective yet underexplored margins of the western side of the Athabasca Basin.

It’s too bad that they haven’t given us any geophysical maps to look at. We are told that the gravity survey identified some targeted lows, but other than that we have nothing to go on. At least it gives us something interesting to talk about.

Athabasca Nuclear Director, Charles C. (Chuck) Downie, P.Geo., is the Qualified Person as defined by National Instrument 43-101 and has approved the technical information in this release.

Noka Resources Inc. is a junior exploration company with a focus on uranium in the prolific Athabasca Basin, Northern Saskatchewan. Noka’s exploration strategy is focused in relatively underexplored areas of the Athabasca Basin Region, targeting favourable geology and structure amenable to near surface, unconformity-style uranium mineralization. 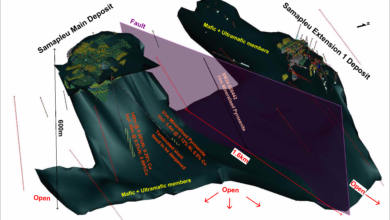 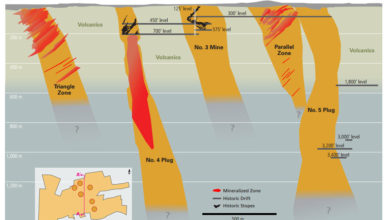