It will be interesting to see what the final reserve grade is for Bokitsi. At a time when companies are trying desperately to lower cash costs and turn a profit in hard times, a higher grade resource may be just what the doctor ordered.

Perseus Mining Limited (“Perseus” or the “Company”) (TSX:PRU)(ASX:PRU) is pleased to provide details of high grade gold intercepts recorded during recent drilling on the Bokitsi South Deposit at its Edikan Gold Mine (EGM) in Ghana, West Africa.

Perseus Mining is a West African gold miner based out of Perth, Australia. The company currently operates two projects, the Edikan Gold Mine (EGM) and an advanced stage exploration project known as the Tengrela Project. The company has begun testing for high grade mineralization on it’s Bokitsi deposit south of the EGM mine.

Bokitsi South is the first of a number of targets to be drill tested with the aim of identifying high grade mineralisation that can be included in mill feed for the EGM processing plant. The programme included 37 RC drill holes totalling 2,973 metres and to date results have been received for 15 of the 37 holes. Three of the holes were diamond core tailed due to the presence of water, but otherwise the predominantly RC drilling program was conducted with dry samples.

The company is utilizing RC drilling, a rapid, cost effective drilling method for prospecting the surface. This method of drilling is also useful to quickly evaluate any high grade mineralization which can be readily processed at their facility. Since some of the holes flooded with water, the drilling was continued using diamond core drilling.

Water can be a major problem in mines and significant resources are expended on dewatering. While it’s not always possible, mapping subsurface water flow and developing a mine plan that minimizes the effect of water can be a useful endeavour. Often, specialized pumps are sufficient to keep a mine high and dry, but in some situations artificial ground freezing is used to keep the water table at bay.

Perseus has been methodically expanding its resources near Edikan, extending the proposed mine life and project value. They are currently reporting ~5.7 million ounces measured and indicated grading at 1.1 g/t with a cut-off between 0.4 and 0.5 g/t. Infill drilling at Bokitsi South will improve confidence the resources and eventually allow the company to upgrade it to a reserve.

The Bokitsi sediment shear hosted mineralized zone extends along the western flank of the Fetish deposit to 1.5 kilometres to the south. Mineralisation is contained in a 5 to 25 metre wide shear zone in volcaniclastic sediments with silica-sericite alteration, quartz veining and 1 to 3% pyrite plus arsenopyrite. While the granite hosted deposits at Edikan tend to be wide and low grade, the sediment shear hosted deposits are narrower with significantly higher grade.

The Edikan Gold Mine is part of the Ashanti greenstone belt and the mineralization has been described to be hosted within structural corridors known as shear zones. When rocks are “sheared” due to high stresses, they may either break (brittle shear), bend like plastic (ductile shear) or both. Hot, gold-bearing, hydrothermal fluids pass through the breaks, cracks and other weaknesses in the rock created by this shearing and may leave gold behind. In the EGM, the mineralization is restricted to the shear zones in volcanic sediments and it is also located as dispersed grains within granitic rocks.

Two discrete deposits have been delineated on the trend, including Bokitsi North which is located immediately west of the Fetish deposit and Bokitsi South. Oxide ore was mined from both deposits in the 1990s, with the Bokitsi South lode exploited by Ashanti Goldfields.

Metallurgical test work conducted on the Bokitsi South gold mineralised material indicates that it is amenable to processing through the EGM circuit at marginally lower recoveries than the Edikan granite orebodies.

The drilling program on Bokitsi South has infill-drilled the principal sulphide lode below the old oxide pit to a nominal 20m by 20m drill spacing and extended the drill testing to the south in order to expand and upgrade the Mineral Resource. Significant intercepts from all holes are listed in Table 1 of Attachment 1.

Bokitsi is one of the company’s smaller deposits, but it is their highest grade resource with an average grade of 2.6 g/t gold. Although these results represent only half of the drilling, they appear quite promising. It will be interesting to see what the final reserve grade is for Bokitsi. At a time when companies are trying desperately to lower cash costs and turn a profit in hard times, a higher grade resource may be just what the doctor ordered. 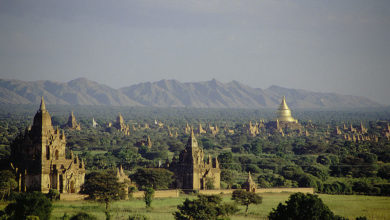 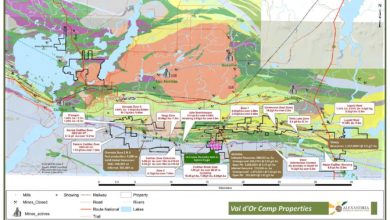