Built on the site of an ancient caldera, Banská Štiavnica in Slovakia is home to one of Europe’s great mineral deposits and was a center of innovation in mining engineering for centuries. Many modern mining methods, including the blasting of mine shafts and the use of industrial scale processing and dewatering techniques, were implemented in the pursuit of Banská Štiavnica’s rich deposits. The area was also home to the world’s first mining University. The Banská Štiavnica mining district is a well-known Gold, Silver, Copper, Lead, and Zinc ore district and is the oldest mining town in Slovakia. The first mining settlement in this area was founded by Celts during the Neolithic and the town was formally established in the 13th century. The rich culture and scientific innovation of the town is now preserved as a UNESCO World Heritage site.

Like many of the world’s great deposits, mineralization at Banská Štiavnica is the result of interactions between magmatic and hydrothermal systems. This article reviews the geologic structure of the middle Miocene Štiavnica stratovolcano, its magmatic evolution, and ore mineralization.

Together, the Banská Štiavnica and Hodruša ore districts form one of the largest ore deposits (Štiavnica-Hodruša) in the inner zone of the Carpathian arc – a major trans-European geologic structure of Mesozoic–Tertiary age. Part of the Central Slovakia Volcanic Field, the Štiavnica stratovolcano has an extensive caldera (20 km in diameter) and a large complex of subvolcanic intrusions. About 400 t Au, 6,500 t Ag, 70,000 t Zn, 55,000 t Pb, and 8,000 t Cu have been recovered from this ore deposit during the last four centuries, with 16,400 tons of ore with 3.1 g/t Au and 17 g/t Ag extracted during 1946-1947. Precious metals recovery was suspended after 1947 while base metal extraction continued until 1992. Nevertheless, the deposit is still considered economically significant with proven reserves of 1.5 Mt (2.2% Pb, 3.2% Zn, 42 g/t Ag, 4.8 g/t Au) and probable reserves of nearly 45 Mt.

Exploration in the district was primarily performed by manual labor until the 17th century, when gunpowder was successfully used by local miners. The introduction of this method sped up shaft mining, but the extraction of metal ore from deeper levels still demanded a new source of energy. Therefore, in the 18th century a system of more than 60 water reservoirs (called “Tajchy” from the German word Teich, meaning pond), and seven water-pumps was developed, with a total length of channels >70 km which could contain nearly seven million cubic meters of water. These channels connected water reservoirs with each other and transported snow and rainwater. The water pumps, powered by water wheels, then removed the excess groundwater from mines, while the wheels provided energy for mineral processing and mining. These innovations made Banská Štiavnica  Europe’s center of mining, metallurgy, and chemistry and led to the founding of the first technical university in the world, called Mining Academy, in 1762.

The Banská Štiavnica deposit is confined to the Štiavnica andesite stratovolcano (>2500 km²), situated in the western part of the Central Slovakia neovolcanic Neogene belt. Volcanism initiated during the Late Neogene due to the subduction of the European plate beneath the Carpathian arc and associated back-arc spreading processes. Typically, stratovolcano and ore-forming system evolution consists of three principal stages: pre-caldera, caldera, and post-caldera.

The pre-caldera stage included formation of the pyroxene and amphibole-pyroxene andesite Štiavnica stratovolcano  from 15.0-13.6 Ma (million years ago), and emplacement of andesitic sills and laccoliths followed by denudation and emplacement of quartz-diorite porphyries and granodiorites in the northern part. The pluton intrusion was accompanied by Fe-skarn metamorphism (magnetite – Fe2+Fe3+2O4) and disseminated base metal mineralization along with intensive argillic alteration of the country andesites. It is worth noting that these hydrothermal processes are characteristic of high-sulfidation epithermal deposits, where hot acidic hydrothermal fluid remains undiluted by water and is able to rise above the source intrusion to form deposits closer to the surface.

The caldera stage involved subsidence of the caldera and its filling with evolved pyroclastic amphibole-biotite andesites and dacites of total thickness <500 m around 12.9 Ma. These events were accompanied by the emplacement of subvolcanic sills and dyke swarms of quartz-diorite porphyries.

The post-caldera stage included the eruptions of less evolved andesites from 12.8-12.2 Ma, followed by an uplift of the resurgent horst and later intrusion of rhyolite and granite porphyries. The epithermal mineralization is represented by quartz and quartz-carbonate veins with precious and base metal mineralization during 12.2-11.4 Ma associated with linear zones of adularia-sericite alteration. The development of vein systems was controlled by structural parameters and the evolution of the horst during this stage. It is suggested that hydrothermal fluid was characterized by low-sulfidation. The epithermal deposits of this type represent the uppermost parts of hydrothermal systems where metals are deposited at temperatures below 250°C during fluid boiling, mixing, and vapor release.

Accordingly, several types of ore mineralization have been identified within the central part of the caldera so far: Fe-skarn, stockwork base-metal, metasomatic base-metal, lode Au–Ag, and epithermal Au–Ag–base metal. The most commercially important structures within the deposit are epithermal Au–Ag and Au–Ag–base metal veins: there are 120 quartz-carbonate veins identified in the district. Their length varies from 2 to 9 km and the thickness fluctuates between 0.8 and 10-15 m thick while the vertical extent reaches 700-1000 m. The mineral assemblage is represented by quartz, calcite, adularia (K-aluminosilicate), sericite (alteration mineral of orthoclase), illite, and chalcedony. The predominant sulfides are pyrite and  marcasite (iron sulfides), galena (lead sulfide), sphalerite (zinc sulfide), arsenopyrite (FeAsS), and chalcopyrite (copper-iron sulfide). Gold is disseminated and is typically associated with  sulfide mineralization.

Much of what we know about mining and geology comes from the study of great mineral deposits. For centuries Banská Štiavnica supplied critical metals to the European states that fought over its mineral wealth and challenged engineers to find better ways to mine. And yet, despite centuries of mining, Banská Štiavnica still has wealth to give. 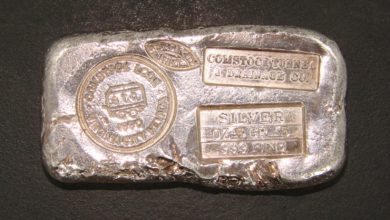 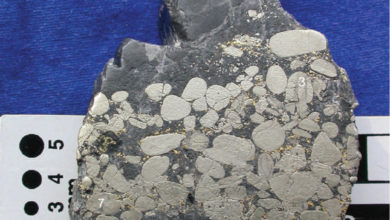 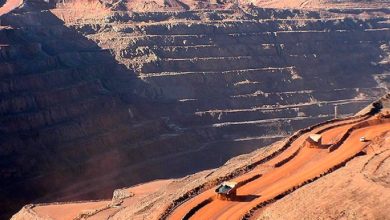