The real question for Geovic, beyond the question of basic survival, will be the economics of the project. The resource is likely there, but even with a low-cost mining process and easy transport to buyers, a 4% grade may not be enough.

DENVER, COLORADO–(April 30, 2014) – Geovic Mining Corp. (“Geovic” or “the Company”) (TSX:GMC)(OTCBB:GVCM) is pleased to announce an update on its chromite mineral sands project in New Caledonia.

And now for something completely different.

Most people are familiar with placer deposits, specifically placer gold. The famous gold rushes to the California, the Yukon and Alaska are a huge part of the history of those areas and treasure-hunting hopefuls still mine the streams and rivers of the these areas. In fact, the recent wave of reality TV shows focused on gold mining has reignited interest in placer mining. What many people don’t realize is that many types of placers occur and many types of minerals along with them. The most well known type of placers are “alluvial”, or stream sediment deposits, but placers can also form from wind, wave action, rainfall and anywhere else where sediments can be sorted by gravity.

The news we’re talking about today is about chromite-rich beach sands on the south Pacific island nation of New Caledonia. Chromitee is an iron chromium oxide mineral with the formula FeCr2O4. It is found in association with high temperature ultramafic rocks and may occur with nickel and platinum group metals. In this case the original source rock has been eroded and sorted over time, leaving a chromite-rich sand.

The company involved is Geovic and their primary focus for the last 20 years has been on developing their cobalt-nickel-manganese Nkamouna-Mada Project in the African country of Cameroon. Geovic has advanced the project to feasibility and in the summer of 2013 announced that an agreement had been reached with a state-owned Chinese firm to purchase the project. However, the agreement has not yet advanced and there is no guarantee that it ever will. In the meantime Geovic is struggling to hang on and, according to documents filed on SEDAR, has taken on some incredibly high interest loans in order to facilitate its survival. I’m not sure how the Chinese operate, but it may be that they are biding their time and waiting for a better deal. Many junior miners are struggling with cash-flow issues right now and those that have been able to find buyers or partners for their projects have ended up with very bad deals. It’s good time to be shopping for mining projects right now. It’s a very bad time to be selling. Our recent discussion of Santa Fe Metals Mexican project is another good example of how far the mining industry has fallen.

Union Oil Company of California (UNOCAL) recognized the economic chromite mineral sands deposits in New Caledonia in the early 1980’s and applied for several exploration licenses. Early nickel mining also discovered chromite deposits in New Caledonia over the past century. The secondary enrichment of chromite in coastal environments spurred UNOCAL’s initial interest; however it divested itself from mineral exploration and did not pursue chromite mineral sands further.

This chromite-rich sands of New Caledonia are well known. At around 4% chrome oxide, they are also among the richest known. However, they have never been economic to mine. That said, there is a reasonably good long term outlook for chrome prices. While chrome is not a rare commodity, demand and consumption have been steadily increasing. With the recent setbacks and challenges surrounding Canada’s Ring of Fire project, the Chromite export ban in India and labour unrest in South Africa (the world’s largest chrome ore exporter) chrome prices may be on the way up. The proximity of New Caledonia to Chinese smelters may also make this project attractive over the long term. That said, no resource or economic grade has been established. At this point the company has a project with a historical resource and that’s about it.

The resources reported above are historical in nature and do not comply with National Instrument 43-101 Standards of Disclosure for Mineral Projects (“NI 43-101”). Geovic believes that the resource categories set out above are very similar to those currently set out in NI 43-101. In order to convert the historic resources to NI 43-101 compliant resources, additional geologic evaluation, including drilling and metallurgical testing, under the direction of a “qualified person” and reviewed by an independent “qualified person” will be necessary. No more recent evaluation of historic resources has been made to the best of Geovic’s knowledge. While Geovic believes that the procedures used by UNOCAL have yielded unbiased estimates of in-situ tonnage and grades, no economic considerations have been applied to determine their appropriateness as resources under NI 43-101. A “qualified person” under NI 43-101 has not done sufficient work to classify the historical resource estimate. Geovic believes that the historic resource estimate is both relevant and reliable; however, it should not be relied upon and Geovic does not treat it as a current mineral resource.

Since these resources pre-date the establishment of the 43-101 resource reporting standard, they do not qualify as a resource or reserve. The company won’t necessarily have to start from scratch, but they will have re-sample and fully research the available data and then have it independently verified.

Geovic intends to initially convert the UNOCAL historical resources into NI 43-101 compliant resources and reserves through a geo-statistically approved program independently confirmed by a “qualified person” at such time that permits are obtained to drill to the desired depth within the UNOCAL historic exploration area. After completion and/or parallel with the above exploration effort, Geovic intends to commence selective expansion of a permitted program allowing drilling to the desired depths within several of the other exploration areas assigned to Geovic New Caledonia in order to expand the total resources and reserves of the project, which will be independently confirmed by a “qualified person”. Geovic further intends, once NI 43-101 compliant reserves have been established, to commission a feasibility study to advance the project toward development and production.

Geovic has applied for the extension of its exploration licenses in New Caledonia, which is expected to cover all 31 license areas in New Caledonia originally granted, of which four are the original UNOCAL exploration areas. The Geovic Nautilus Mineral Sands Deposits cover a total of 100 net square kilometers that host approximately 55 square kilometers of unconsolidated chromite mineralized sediments (see map). The Company has conducted metallurgical testing, geochemical assaying, geophysical and environmental studies as well as hand auguring and drilling on over half of the license areas under its control. More than 425 holes for a total depth of 1,807 meters have been drilled. The sampling depth ranged from 1 to 10 meters. Geovic is currently awaiting assay results from the drilling.

The exploration process here is fairly simple. Drill shallow holes in the sand with an auger and send the samples for assay. There could be worse jobs than shoveling sand on a beach in the south Pacific.

While traditional “hard rock” chrome mining projects carry significant expenses, they also host much higher grades and other metals like PGM’s (platinum group metals). In fact, most chrome is mined as a by-product from PGM and nickel mines. So the real question for Geovic, beyond the question of basic survival, will be the economics of the project. The resource is likely still there, but even with a low-cost mining process and easy transport to buyers, a 4% grade may not be enough. One would hope that the company has already done some basic feasibility calculations using the old resource numbers and come up with some encouraging conclusions. Otherwise, why bother?

Maybe they’ll find some PGM’s in the mix. Now that would be interesting.

The technical content in this press release was reviewed Erwin Schutfort, Vice President of Geovic New Caledonia SAS (Qualified Person, AUSIMM), who is a “qualified person” as defined in NI 43-101.

Geovic is a U.S.-based corporation whose principal asset is 60.5% indirect ownership of a significant cobalt-nickel-manganese deposit in the Republic of Cameroon, Africa. 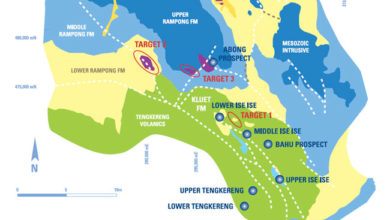 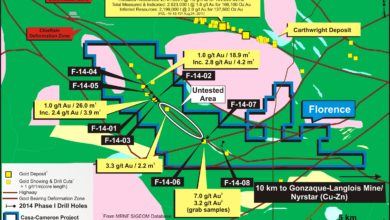 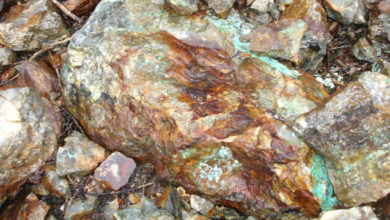