More known for the Sound of Music, the waltz and Mozart, Austria has a very long tradition of mining with the first major European underground mines being carved out of the rock at the town of Halstatt over 3000 years ago. During the medieval period the mountains of the Tyrolean Alps were the richest silver producers in Europe and Innsbruck providing the economic sinews of burgeoning Hapsburg Empire. Mining still remains a key part of the Austrian economy, and the country hosts Europe’s largest open pit tungsten mine, and the largest iron mine in central Europe. Now Noricum Gold Ltd. (London AIM:NMG) is bringing modern exploration techniques to bear on historic districts with startling results. Their most advanced site is the Rotgülden property a historic Gold-Silver-Arsenic property high in the Austrian Alps.

The property is located in the southwestern Austria at the border of Salzburg and Carinthia provinces. It is an intermittent past producer from the 15th century to the late 19th century and has lain unexplored since then. The license area is 51 km2 and covers not only the Rotgülden deposit but many other showings along the mineralized trend. Despite being in a high mountain valley the region has good infrastructure nearby including roads, hydropower and easy access to the nearby town. The only issue is the amount of snow, which restricts access to the mine site in winter.

The geology is complex being part of the Alpine Orogeny. The oldest rocks are metamorphic rocks on which a series of carbonates and muds were deposited over 250 million years ago.  These were later weakly metamorphosed themselves, picked up carried hundreds of kilometres inland and the whole assemblage was chopped into pieces by faults. These faults provided the conduits for later mineralizing fluids. The deposit itself is composed of multiple styles of mineralization – Pod like masses of sulfide minerals including Copper and Iron sulfides at the contact between the sediments and the metamorphic rocks, quartz vein hosted mineralization, and mineralization controlled by structures. On the deposit scale a large shear zone seems to have been the primary source for the mineralizing fluids.

Since Noricum began exploration in 2011 the exploration has focused on defining the grade in the existing underground workings and using modern geological techniques to expand the known area of mineralization.

The company has also been running grassroots geological sampling programs exploring the numerous historic showings in the area. At Rotgülden there has been over 1300 m of modern drilling following downhole electromagnetic survey to locate buried bodies of sulfide. The downhole electromagnetic survey creates a charge which the metallic sulfides react to and this reaction can be used to target drillholes. As to be expected the mineralized intercepts are short, but can be very high grade and include 3.9 metres at 51.54 g/t gold (over 1 ounces gold per tonne) in hole XB01 and  RZ04 which includes 6 metres at 17.41 g/t gold (over ½ ounces  gold per tonne). The management of Noricum is confident that another 1 million ounces of gold can be delineated at the mine site and in the immediate area.  This company is a great example of how to go into an area which others have dismissed and use existing technology to make a substantial new discovery. 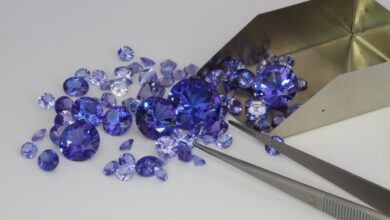