Exploration of volcanoes is a risky task, even when the volcanoes are no longer active.  That’s why researchers at NASA’s Jet Propulsion Laboratory (JPL) have developed robots to explore volcanic fissures.  They have already tested one of their VolcanoBots at the Kilauea volcano in Hawaii and are planning to test VolcanoBot-2 this year.

Boldly Going Where No One Has Gone Before

Volcanologist post-doc, Dr. Carolyn Parcheta was recently awarded with the National Geographic’s Expedition Granted Campaign for her research proposal on robotic volcanic exploration.  Dr. Parcheta did her PhD in fissure geometry and in conjunction with JPL robotics researchers Aaron Parness and Karl Mitchell, she was able to create VolcanoBot-1.  They used it to map the pathways of magma at the Kilauea volcano.  VolcanoBot-1 was able to descend 25 meters in two different locations on the fissure and access small spaces no person could get to.  With the information gathered from the expeditions in the spring of 2014, researchers were able to put together a three-dimensional map of the fissures.

According to Parcheta, in order to predict eruptions and conduct hazard assessments, scientists need to understand how the magma moves underground and eventually comes out to the surface. With the use of robots, researchers are now able to map the pathways and fissures with a high-level of accuracy from the inside. Most volcanic pathways and conduits are collapsed or buried, so the Kilauea volcano in Hawaii gives researchers a rare glimpse into volcanic fissure geometry.

On To The Moon, Mars and Beyond!

In the future, NASA may be able to explore extra-terrestrial volcanoes more effectively with the technology that comes out of studying volcanoes on Earth. Getting a VolcanoBots into Olympus Mons, the largest volcano in our solar system could provide incredibly valuable data. This volcano is located on Mars and perhaps future probes sent there will carry robots tasked with exploring these fissures and shedding light on one of the greatest wonders in our solar system. Satellite images have shown the presence of lava tubes day lighting on the flanks of Olympus Mons, and one of the scenarios being discussed is using these as radiation-proof shelters for the first human explorers on Mars. Using technology developed from VolcanoBots in the future could directly lead to finding our first ‘off world home’.

Small inexpensive exploration robots may also find a home mineral exploration. Robotic technologies have already proven useful in uranium mining operations, but these are large remote operated mining machines. Smaller, cheaper exploration robots may prove useful in exploring dormant or even active volcanic systems for mineral potential. We’ve talked before about mining projects involving active volcanoes and even those making use of undersea volcanoes, but nearly every type of mineral deposit has some association with volcanic systems. Small robots may find a home in the exploration of accessible volcanic systems, old abandoned mines, rifts and complex cave systems. 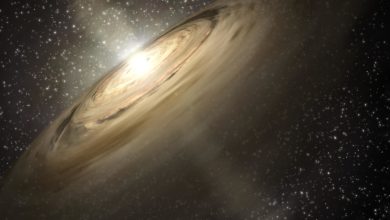