Just as in modern placer deposits, the gold occurs as sporadic free gold “nuggets”. This might explain why earlier drilling results were less impressive. Perhaps a bulk sampling method might be more effective in characterizing the gold grades within this paleo-placer.

SUDBURY, ONTARIO–(Marketwired – Aug. 13, 2014) – Ginguro Exploration Inc. (TSX VENTURE:GEG) (“Ginguro” or the “Company”) today provided the following update of the ongoing exploration program on the Pardo JV property, which is located approximately 65 km northeast of Sudbury, Ontario. Ginguro is the operator of the joint venture and holds a 64.5% ownership interest and Endurance Gold Corporation owns a 35.5% ownership interest. Both Ginguro and Endurance are funding the 2014 program on a pro rata basis, based on ownership.

Ginguro is a junior exploration company that has been actively working on the Pardo property in Ontario, Canada since 2009. The Pardo property is classified as a “paleo-placer” deposit. Placer deposits form as metals are concentrated by gravity, typically in long lived river systems. Paleo-placer deposits are ancient placers that have been buried and over millions (or billions) of years and become a solid mass of rock known as a conglomerate. A conglomerate is a sedimentary rock made up of larger rounded fragments of rock within a finer grained matrix. The most famous examples of gold bearing paleo-placers are in the Witwatersrand basin of South Africa.

Prior to the recent discovery of the Godzilla Zone, Ginguro cut initial channel samples from both the 007 Zone Extension and the Western Reef Extension. This release summarizes activities and initial results from all three areas, as well as other ongoing exploration activities. The established gold mineralization within the nearly flat-lying basal conglomerate at Pardo now extends approximately 3 km north-south by approximately 1.1 km east-west.

Work continues at the recently discovered Godzilla Zone, where initial channel sampling previously returned 17.4 g/t gold over 3 metres, 14.1 g/t gold over 4 metres, and 26.2 g/t gold over 3 metres (see press release dated July 28, 2014). The Godzilla Zone has now been exposed by stripping within an increased area that now measures 175 metres north-south by up to 125 metres east-west. A total of 436 half-metre channel samples have been cut and delivered to the assay lab, with results pending. Further channel cutting, consisting of approximately 300 additional half-metre samples, will be completed before channel sampling commences at new prospects identified this summer. The gold-bearing conglomerate sampled at the Godzilla Zone appears to have an average true thickness of approximately 4 metres.

An area of mineralized gold enriched conglomerate was found approximately 80 metres south of the high grade 007 Zone, named the 007 Zone Extension. This small outcrop area has now been excavated to depth and three separate channel samples have been taken to characterize the grade of this new find. These three channel samples returned 14.3 g/t gold across 3 metres, 13.4 g/t gold across 2 metres and 4.7 g/t gold across 1.5 metres. The gold-bearing conglomerate sampled at the 007 Zone Extension appears to have an average true thickness of approximately 3 metres.

Prospecting in an outlying area in the western portion of the JV property resulted in the identification of the target basal Mississagi conglomerate at a site located 1 kilometre southwest of the Godzilla Zone and 2 kilometres southwest of the Eastern Reef. This new area of exposure corresponds with the southern extension of the Western Reef basal conglomerate that was explored by drilling in 2012. Channel samples from this new exposure at the Western Reef Extension range in value for individual 0.5 metre channel samples from trace to multiple grams gold per tonne on the partial assays returned to date. Highlights of the collated Western Reef Extension channel samples include 1.8 g/t gold over 11 metres and 1.0 g/t gold over 11 metres. Assays for a further 80 half-metre samples remain outstanding. The gold-bearing conglomerate sampled at the Western Reef Extension appears to have an average true thickness of approximately 4 metres.

Due to the near flat lying nature of the sedimentary strata, it is not always possible to cut samples across the gold-bearing strata. Samples are usually collected either parallel or perpendicular to the interpreted paleochannel direction. Therefore, the channel lengths reported in this release represent the gold distribution over the surface area sampled and do not represent true thicknesses of the mineralized unit.

The company has drilled on the property before and returned approximate grades of 0.5-2 g/t gold over a few meters, yet the channel samples reported here appear to contain much higher grades. Just as in modern placer deposits, the gold occurs as sporadic free gold “nuggets”. This might explain why earlier drilling results were less impressive. Perhaps a bulk sampling method might be more effective in characterizing the gold grades within the conglomerate.

On the Pardo JV property, most of the gold mineralization in the host conglomerate is located at or near surface, and thus prospecting, stripping and channel sampling has been very successful and is continuing with multiple field crews. Part of the prospecting over the coming months will include a follow up on the recently completed radon gas survey which has generated several anomalies that remain unexplained. The radon gas survey was designed to identify areas of elevated uranium minerals in bedrock. At Pardo, uranium concentrations are known to be closely associated with elevated concentrations of gold in the host conglomerate.

Placer and paleo-placer deposits may contain a variety of other heavy metals concentrated through the same natural processes. The company plans on performing a radon gas survey to identify areas of high uranium, which in this deposit are associated with elevated levels of gold. Radon is a radioactive gas produced as a by-product of uranium decay.

The prospecting is prioritized along a north-south trend that includes the 007 Zone and the Godzilla zone. This north-south trend appears to be related to a “paleo” trough-like formation about 500 metres in width in which the host conglomerates of the Mississagi formation have eroded and formed a wide channel in the underlying gold-bearing sedimentary strata. As a result, the Mississagi formation conglomerate in this wide channel has become significantly enriched with “placer” gold in a long-lived braided river setting. This interpreted trend extends from approximately 700 metres north of the 007 Zone to 850 metres south of the Godzilla Zone for a total of 2,000 metres north-south and an east-west width that may exceed 500 metres.

A study of the primary distribution of gold at Pardo has been ongoing for the past month. This study has involved drilling several short diamond drill holes as pilot holes for larger diameter hammer drill holes. The drilling and sample collection phase is complete and the samples are currently being analyzed under the direction of an independent engineer. It is anticipated that the results of this study will provide important parameters to include in planning for the next drill program that will support possible resource estimates for the Pardo JV.

“I am very pleased with the way the current exploration program is unfolding at Pardo” stated Richard Murphy, President and CEO of Ginguro. “We are in a unique position by being able to expand the limits of gold mineralization over broad areas using very low cost exploration methods. With the pace of exploration we are sustaining on the project, along with the considerable backlog of samples already in the pipeline at the assay lab, I look forward to sharing the joint venture results fairly steadily over the next few months.” 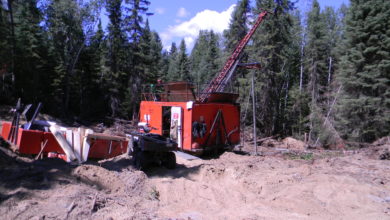 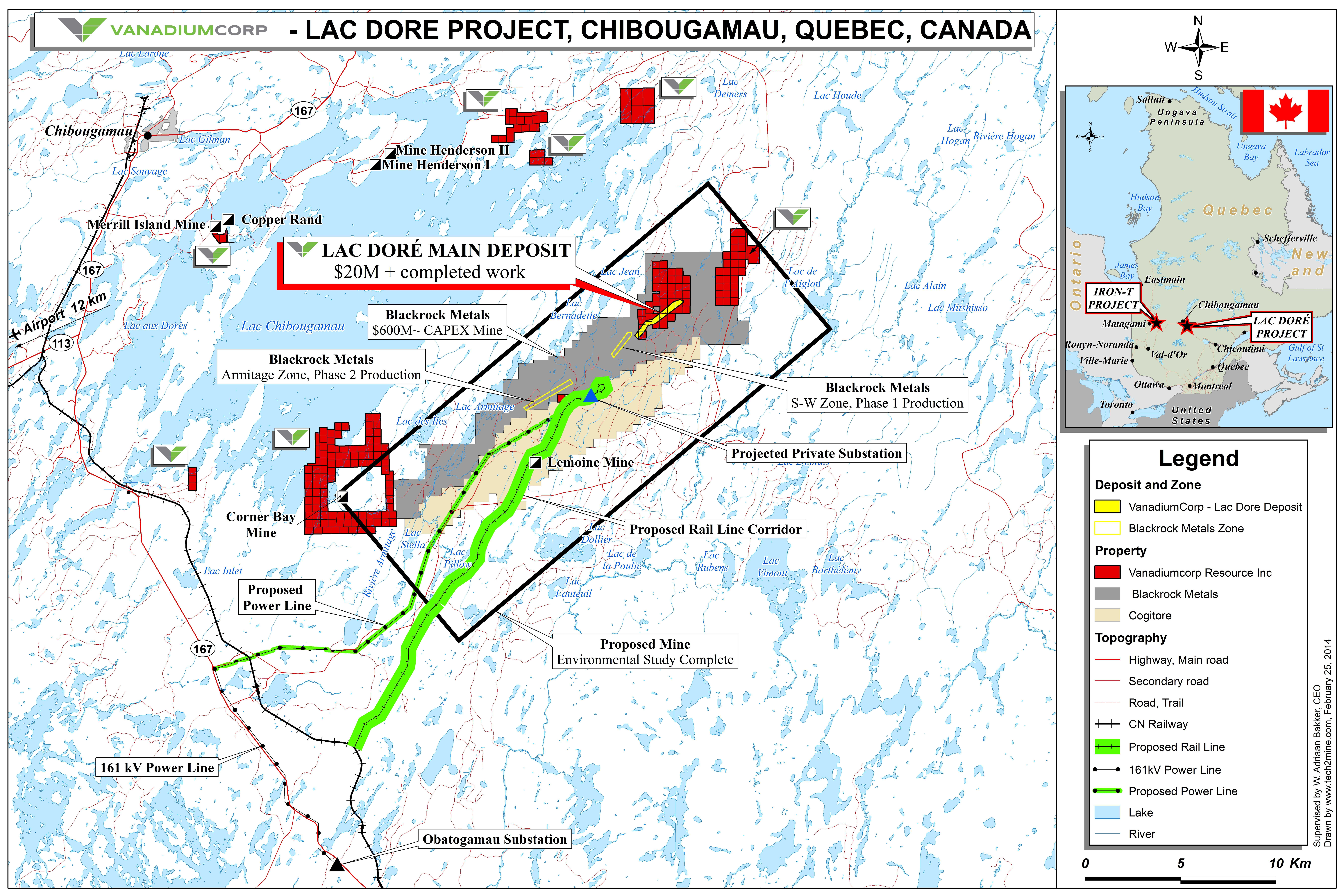