When I was a young geologist, unwise in the ways of alteration vectors and gold-pyrite solid solution, I had the bright idea of suggesting that Europe and the especially the British Isles would be excellent ground to have a second look at. My compatriot from that corner of the globe (Durham) to be exact snorted, and promptly told me what the Romans had left the Victorians had scooped out and that I was a bloody fool for suggesting such a thing. With that one stroke, the whole archipelago was written off and we returned to the blackflies and mosquitoes of Northern BC. Suffice it to say, he was premature in his assessment and not only is there a thriving mining and exploration sector, in the Republic of Ireland but even within the United Kingdom there are excellent properties and most notably Northern Ireland has become a world class destination for exploration and development.

Though Ireland mainly known for Lead-Zinc-Silver mineralization, the northern part of the island is starting to become known as gold destination as well. This is due to the development and

expansion of Dalradian Resources Inc’s (TSX:DNA, AIM:DALR) Curraghinalt deposit in near Omagh in Northern Ireland. This gold deposit boasts a very nice measured and indicated resource of 2,999,500 tonnes of 10.41 g/t Au (1/3 of an ounce of Gold!) and 3.88 g/t Ag at a cut off of 5.00 g/t Au. This equals just over 1,000,000 ounces of gold with a very nice silver credit. The inferred resource is much larger at 8,005,700 tonnes of 9.67 g/t Au , 3.94 g/t Ag for 2.487 Million ounces of gold. Within the Measured and Indicated resource is a high grade Measured resources of 20,000 tonnes of 20.15 g/t Au that would server as an excellent start. This all comes with the very modest price tag of $274 million start up capital according to the 2014 updated Preliminary Economic Assesment.

The Dalradian Supergroup, from which the company derives its name, is a Neoproterozoic- Lower Cambrian age series of metasediments (metamorphosed shales, sandstones and siltstones) found in Scotland and Ireland and derives it’s name from the ancient kingdom of Dal Riata, the kingdom of the Irish who crossed to Scotland in the 6th Century AD. These sediments were deposited in the rift basin which marked the opening of the proto Iapetus ocean (the ocean that once existed where the Atlantic is now).

Then the sediments were buried deeply, cooked, folded and sheared, and then thrust back up to the surface in the Appalachian-Caledonian orogenies that assembled the supercontinent of Pangea. In Northern Ireland it is the Omagh thrust which brings these rocks to the surface, pushing them over the Ordovician-Silurian Tyrone Volcanic group.

The Tyrone group is an ancient volcanic arc, with numerous similarities to the Buchans belt in Newfoundland. This is not a surprise as prior to the opening of the Atlantic Ocean these would have formed a continuous volcanic arc that was accreted to the ancient continental margin. An interesting implication of this correlation is the potential for Curraghinalt style mesothermal gold mineralization in Atlantic Canada, and especially the island of Newfoundland.

It is the deep burial and repeated strain which created the Curraghinalt deposit. It is classed a orogenic gold deposit, indicating that it formed at a depth of 5-10 kilometres under conditions that suggest the boundary between ductile (strain is accommodated by bending) and brittle (strain is accommodated by breaking) deformation. The deposit is hosted in the Mullaghcarn Formation of the Dalradian Supergroup, which is  series of metamorphosed shales (psammites) and silty-sandy sediments (pelites).  It was undoubtedly the strength contrasts between the stronger pelites and weaker psammites which created the dilation for the veins to be intruded into the metasediments, as they were deformed in the basement.

The hosts are quartz carbonate veins striking NW-SE and dipping steeply to the north. These veins vary from a few cm to 3 metres wide and have been intercepted at 1000 metres below surface. Their are two main classes of vein – shear veins which occur in subparallel clusters or tensional veins which occur at oblique angles to the main trend. The shear veins show evidence of repeated re-activation while the tensional veins were emplaced once and then remained unreactivated.

The vein compositions are fairly simple, being composed of quartz-iron carbonate and pyrite (iron sulfide) with minor chalcopyrite (iron-copper sulfide) and tennantite-tetrahedrite (copper-bearing “sulfosalt” minerals), with pyrite as the dominant gold host. The gold occurs in the pyrite, along fractures as inclusions and at contacts between pyrite and the iron-carbonate. Less frequently the gold occurs in electrum alloyed with silver.

Though placer gold was known in the area since the 1650’s exploration only started in the 1980’s when the area was prospecting for gold deposits. After discovery in 1983 the deposit was developed and an initial resource was calculated. However gold prices remained uninspiring and the ground languished until 2004 when Tournigan Gold acquired the ground and did more work, and upgraded the older resource to 43-101 compliance.

However, the uranium boom was in full swing and the glow of the energy metal was too strong to resist. Tournigan sold out to the new Dalradian Resources in 2009. Since then Dalradian has focused on developing and doing the basic economics of the deposit making an attractive case for a take over, or a stand alone mine.  The company recently reported (as of July 15th 2015) they had drilled 4.40 metres of 54.84 g/t or 1 and 1/2 ounces of Gold. With the veins showing remarkable continuity at depth and along strike, it seems likely that the resource could grow substantially.

There are many things to look for when evaluating what makes a good deposit. You can look at grade, ease of mining, commodity, location, infrastructure, legal tenure, ease of social license and a host of other factors. In most cases there are some aspects, but others are weaker. It is rare to see them all together in such a neat package.  Add that together with a low capex mine and Dalradian Resources Inc, makes a strong case as company to watch. 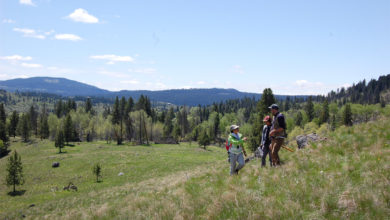 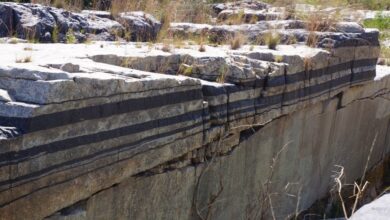 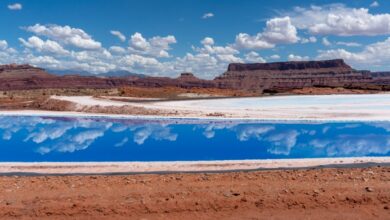