While one might question the wisdom of firing out a news release every time a company digs a hole in the ground, the idea from a PR standpoint is to keep some momentum going.

VANCOUVER, BRITISH COLUMBIA–(Marketwired – June 17, 2014) – Calibre Mining Corp. (TSX VENTURE:CXB) (the “Company” or “Calibre”) is pleased to announce results from follow-up trenching and sampling at the Minnesota gold project within the B2Gold Corp. (“B2Gold”) (TSX:BTO)(NYSE MKT:BTG) Joint Venture on the Borosi concessions, northeast Nicaragua. Calibre controls a 49.0% interest in the joint venture and B2Gold has a 51.0% interest and is project operator. B2Gold has the right to earn an additional 19.0% in the Borosi concessions joint venture by spending $6.0 million in additional project expenditures over three years. The 2014 exploration program on the B2Gold joint venture is budgeted at $1.2 million.

In May 2014, we covered B2Gold and Calibre’s joint venture on the Minnesota gold project and provided a little bit of history on exploration within Nicaragua which you can read here. In short, B2Gold is a gold miner currently operating two operating mines in Nicaragua and is currently the operator of the Minnesota Gold project with a 51% interest in the property. This news release is following up on their currently active surface exploration program.

The latest results on the Minnesota Gold Project have extended the previously defined gold mineralization and have identified a new target located near the main trend.

B2Gold and Calibre Mining’s exploration program involves surface sampling techniques such as soil sampling, gridded auger drilling and trenching. These are common “grass roots” exploration methods to evaluate if a property is worth further exploration. Soil sampling is usually the initial stage of sampling; a very shallow sampling technique (10-50 cm) to identify any underlying mineralization that has leached into the soil. This can be further followed up with gridded auger drilling. Gridded auger drilling penetrates deeper into the surface (up to 1-2 m) with the use of hand (or mechanical) based drills, based on a predefined grid. Trenching (1-20 m) is a much larger sampling method that involves either cutting or digging large channels at the surface, then sampling the surface material for gold mineralization.

The Minnesota target area consists of intrusive hosted veinlets within a structurally prepared area with widespread alteration. The target is defined by a strong 1.75 km x 1.25 km gold in soil anomaly.

The original trench 006 was extended by about 15 meters and the gold grade from the extension 007 is slightly higher than the earlier segment. The entire length of the trench is grading at about 2.0 g/t gold. No doubt this is very early exploration, but it does help the company develop a picture of near-surface anomalies for follow-up exploration.

Geologists from B2Gold and Calibre have described the mineralization as structurally controlled and strongly altered. This type of setting is common in epithermal vein type settings, where faults and fractures can act as avenues for hot hydrothermal gold-bearing fluids to flow through near the surface.

Results for a series of gridded auger holes which have been completed within and to the northeast of the existing surface anomaly have further defined the nature and extent of the gold mineralization. The auger anomaly is approximately 125 metres wide with gold assays consistently above 100ppb Au. Trenches MINTR14-006 and MINTR14-007 are located within the extended anomaly. Overall the anomalous trench and auger rock samples define an area of pervasive gold mineralization approximately 700 metres long and up to 125 metres wide. Trenching and auger sampling continues on the Minnesota gold project.

Quality assurance and quality control procedures include the systematic insertion of blanks, standards and duplicates into the rock and soil sample strings. Samples are placed in sealed bags and shipped directly to Acme Labs in Managua, Nicaragua for sample preparation and then to Acme Labs in Vancouver, Canada for gold fire assay and ICP-MS multi element analyses. The technical content in this news release was read and approved by Gregory Smith, P.Geo, President and CEO of the Company who is the Qualified Person as defined by NI 43-101.

While one might question the wisdom of firing out a news release every time the company digs a hole in the ground, the idea from a PR standpoint is perhaps to keep some momentum going. Their announcement of a joint venture with IAMGOLD a few weeks ago got people talking and Calibre likely wants to stay on the news radar. I guess it worked.

Calibre controls a 100% interest in 253 km2 of mineral concessions in the Mining Triangle of Northeast Nicaragua. Additionally the Company has an option agreement with IAMGOLD covering 176 km2 of concessions, joint venture exploration programs underway with B2Gold Corp. on 322.3 km2 of concessions which includes the Primavera gold-copper porphyry discovery, and has optioned the 33.6 km2 Rosita gold-copper-silver project to Alder Resources Ltd. Major shareholders of Calibre include gold producer B2Gold Corp. 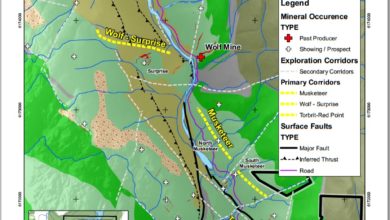 Dolly Varden Marches On with Exploration and a Summer Program 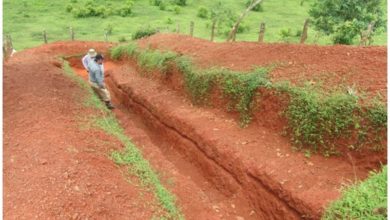 B2Gold and Calibre Digging (by Hand) for Gold in Nicaragua