Any results from a Niton, or similar instrument, should be viewed as a guide rather than an absolute result. Nothing beats a laboratory geochemical analysis of samples, due to the internal checks and balances within the laboratory.

THIS NEWS RELEASE IS NOT FOR DISTRIBUTION TO U.S. NEWSWIRE SERVICES OR FOR DISSEMINATION IN THE U.S.

Western Areas Ltd. (ASX:WSA) “Western Areas” or the “Company”) is pleased to announce another significant intercept, being the highest grade result to date, within the new high grade nickel discovery at New Morning.

We provide below a magnified image of the location map for New Morning, Forrestania Nickel Project that was obtained from Western Areas’ corporate website. It shows the New Morning deposit lying midway between the Flying Fox and Spotted Quoll mines, which are two of the highest grade operating nickel mines in the world. The location alone is encouraging!

Below is a photograph of the mineralized drill core from NMD182W1W1 showing the 3.6m interval of massive nickel sulphide. The middle 4 sections of core show the brassy colored massive sulfides.
The Niton is a field portable X-ray fluorescence (XRF) analyser. It can be either hand-held or used in a test stand. Western Areas is using a hand-held Niton. It is about the size of a cordless drill and is the most common (cheapest) Niton device used in exploration. To use it, simply line it up against the surface of a rock, press the trigger and a “take a picture” through the small sample window (<1cm) on the device. The machine then gives a readout of the elements present and their various proportions, but only from within the small surface area that is tested. It also emits X-rays so one must be specially trained to use it.

Any published Niton result should have a disclaimer such as the one that Western Areas Ltd. has provided. The Niton, or any other hand-held XRF instrument, is a great tool for exploration geologists. It allows reasonably accurate analyses to be done on samples, such as soils, rock, diamond drill-core and reverse circulation (RC) drill chips, in the field or back in the office prior to their submission to a laboratory.

Unless standards or certified reference materials are used to calibrate the instrument, any results from the Niton, or similar instrument, should be viewed as a guide rather than an absolute result. Nothing beats a laboratory geochemical analysis of samples, due to the internal checks and balances within the laboratory and the external QA/QC program that companies should have in place for any submitted samples.

The statement about the continuity of the mineralization is probably valid, especially when considering that three drill-holes, all with good intersections were drilled into this zone. Also, the lateral and vertical extent of mineralization is consistent with the extent of other known resources in the area.

“This is the highest grade intercept to date and importantly further demonstrates the high quality of mineralisation at New Morning. Assays will be fast tracked and a downhole electromagnetic survey will be completed in the next few days to further define the mineralised area.”

“We believe the sustained effort put into New Morning drilling is now starting to pay dividends as we look to take advantage of the established mining infrastructure immediately adjacent to the New Morning channel.”

The new intercept is the second wedge from the footwall hole NMD182 and encouragingly is comprised almost entirely of high grade massive nickel sulphide mineralisation. This wedge was drilled in order to test the extent of the intersected high grade sulphides that were targeted based on the modelled down hole electromagnetic (DHEM) interpreted plate. The intersection in drill hole NMD182W1W1 consists of a 3.6m interval of 8% nickel (preliminary Niton readings, see disclaimer) from 1345.9m, down hole depth.

At first glance, the results from drill-hole NMD182W1W1 look excellent until the depth of the intersection is taken into consideration. 1345.9m is very deep, even for an underground mine development. We have provided a diagram that was in the original press release from the Western Areas’ corporate website to show the depth relative to known resources. Just remember, the rewards must always exceed the cost of recovery otherwise the deposit sits there until either the cost of mining falls or the price of the commodity rises. On the bright side though, the nearby Flying Fox underground mine currently operates at depths of over 1km, so this shows that operating profitably at this depth is possible.

Initial geological interpretations continue to indicate that the mineralised position lies below the reverse fault, in a similar manner to the T4 mineralisation relative to the T3 fault junction at Flying Fox.

The current hole (NMD182W1W1) is to be continued 40m into the hangingwall to allow a DHEM survey to be completed. Further drilling will be planned once the results of this survey are received and will initially comprise a further wedge from NMD182 to test the best zone of the interpreted position of the mineralisation. The parent hole (NMD182) continues to represent an ideal platform to test the down plunge extent of the sulphides, as well as lateral extent of the modelled DHEM plates.

DISCLAIMER & QA-QC STATEMENT: Note: The nickel and copper grade estimates for drill hole NMD182W1W1 quoted in this release are indicative only and have been estimated using systematic readings using a NITON XLt 592 portable XRF analyser.

It appears that Western Areas Ltd. has its QA/QC program under control. Having a geological consultant check the data is a good idea. An external audit of results and procedures such as this provides a higher level of confidence in the data.

The information within this report as it relates to exploration results or mineral resources is based on information compiled by Mr Charles Wikinson. Mr Wilkinson is a member of AusIMM and is a full time employee of the Company. Mr Wilkinson has sufficient experience which is relevant to the style of mineralisation and type of deposit under consideration and to the activity which they are undertaking to qualify as a Competent Persons as defined in the 2004 Edition of the ‘Australasian Code for Reporting of Exploration Results, Mineral Resources and Ore Reserves.’ Mr Wilkinson consents to the inclusion in the report of the matters based on the information in the context in which it appears.

FORWARD LOOKING STATEMENT: This release contains certain forward-looking statements. Examples of forward-looking statements used in this release include: “preliminary Niton estimates returning an average grade of 8% nickel over the intercept” and “New Morning drilling is now starting to pay dividends as we look to take advantage of the established mining infrastructure immediately adjacent to the New Morning channel “, and, “Initial geological interpretations continue to indicate that the mineralised position lies below the reverse fault, in a similar manner to the T4 mineralisation relative to the T3 fault junction at Flying Fox”

This announcement does not include reference to all available information on the Company or the Forrestania Nickel Project or the New Morning deposit and should not be used in isolation as a basis to invest in Western Areas. Any potential investors should refer to Western Area’s other public releases and statutory reports and consult their professional advisers before considering investing in the Company.

For Purposes of Clause 3.4 (e) in Canadian instrument 43-101, the Company warrants that Mineral Resources which are not Mineral Reserves do not have demonstrated economic viability.

We’ve left in the last bits about compliance since we don’t see this very often. Western Areas is an Australian listed company and has published this Press Release (presumably) in accordance with Australian law. A great many junior mining companies, even though they operate world-wide, are listed on the Canadian exchanges and therefore must be compliant with Canadian Law including National Instrument 43-101. Western Areas has no such requirement, but they no doubt know what resource investors expect to see and have referenced the Canadian standards for reporting. Since they are not US listed either, their release is not required to comply with US law and they have specifically stated that they do not intend it for American investors.
Have a company or release you’d like us to look at? Let us know though our contact page, through Google+, Twitter or Facebook.
Tags
Australia nickel Western Areas
Facebook Twitter LinkedIn Tumblr Pinterest Reddit VKontakte Share via Email Print 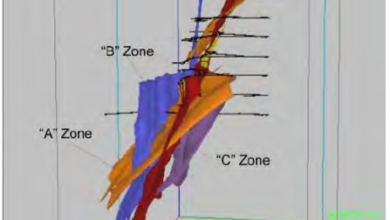 Western Syndicate Uses Gravity to Hone in on Uranium