Marco A. Northland, the Company’s Chief Executive Officer, commented, “2014 was another transformational year for Etrion as we reached several milestones in Chile and Japan. Etrion today has 130 MW of solar parks operational in Italy and Chile plus 34 MW under construction in Japan. We have advanced-stage solar development projects in both Chile and Japan where we expect to begin construction before year-end, and we continue to review new markets for expansion. We are increasing our annual energy production from approximately 100 million kWh in 2014 to nearly 300 million kWh in 2015.”

The net results for 2014 were mainly impacted by lower solar irradiation and a decrease in the spot market price in Italy compared to 2013. In addition, the net results for 2014 were impacted by non-recurring operating and general and administrative expenses of US$0.8 million, as well as finance costs of US$1.0 million associated with the early redemption of the previously outstanding EUR60 million of corporate bonds.

In addition, the conference call presentation and the Company’s 2014 consolidated financial statements and related documents will be available on the Company’s website at www.etrion.com.

A replay of the telephone conference will be available until April 19, 2015.

Etrion Corporation is an independent power producer that develops, builds, owns and operates utility-scale solar power generation plants. The Company owns 130 MW of installed solar capacity in Italy and Chile. Etrion has 34 MW of solar projects under construction in Japan and is also actively developing greenfield solar power projects in Japan and Chile. The Company is listed on the Toronto Stock Exchange in Canada and the NASDAQ OMX Stockholm exchange in Sweden under ticker symbol “ETX”. Etrion’s largest shareholder is the Lundin family, which owns approximately 24% of the Company’s shares directly and through various trusts.

For additional information, please visit the Company’s website at www.etrion.com

Note: The capacity of power plants in this release is described in approximate megawatts on a direct current (“DC”) basis, also referred to as megawatt-peak (“MWp”).

Etrion discloses the information provided herein pursuant to the Swedish Securities Market Act and/or the Swedish Financial Instruments Trading Act. The information was submitted for publication in Sweden at 08:05 Central European Time on March 19, 2015.

This press release includes non-IFRS measures not defined under IFRS, specifically EBITDA and adjusted operating cash flow. Non-IFRS measures have no standardized meaning prescribed under IFRS and therefore such measures may not be comparable with those used by other companies.

EBITDA is a useful metric to quantify the Company’s ability to generate cash before extraordinary and non-cash accounting transactions recognized in the financial statements. In addition, EBITDA is useful to analyze and compare profitability between companies and industries because it eliminates the effects of financing and accounting policy decisions. In addition, adjusted operating cash flow is used by investors to compare cash flows from operating activities without the effects of certain volatile items that can positively or negatively affect changes in working capital such as value added taxes paid during construction of the Company’s solar power plants and are viewed as not directly related to a company’s operating performance. Refer to Etrion’s MD&A for the year ended December 31, 2014, for a reconciliation of EBITDA and adjusted operating cash flow reported during the year.

This press release contains certain “forward-looking information”. All statements, other than statements of historical fact, that address activities, events or developments that the Company believes, expects or anticipates will or may occur in the future (including, without limitation, statements relating to solar electricity revenue which with respect to the Company’s Italian projects is subject to confirmation of both the applicable feed-in-tariff (“FiT”) to which the Company is entitled by the state-owned company Gestore Servizi Energetici and the applicable spot market price by the local utilities for electricity sales to the national grid and statements relating to the anticipated production from Project Salvador, the anticipated size and timing of additional solar projects in Japan and the Company’s growth plans) constitute forward-looking information. This forward-looking information reflects the current expectations or beliefs of the Company based on information currently available to the Company as well as certain assumptions including, without limitation, confirmation of the applicable FiT and spot market price for electricity sales, the ability of the Company to obtain required permits in a timely fashion and project financing on economic terms and the ability of the Company to identify and acquire additional solar power projects. Forward-looking information is subject to a number of significant risks and uncertainties and other factors that may cause the actual results of the Company to differ materially from those discussed in the forward-looking information, and even if such actual results are realized or substantially realized, there can be no assurance that they will have the expected consequences to, or effects on the Company. Factors that could cause actual results or events to differ materially from current expectations include, but are not limited to, the lack of confirmation or reduction of the applicable FiT and the spot market price for electricity sales by the designated entities, uncertainties with respect to the receipt or timing of all applicable permits for the development of projects, the risk that the Company’s solar projects may not produce electricity at the anticipated levels, the risk that the Company may not be able to obtain project financing on economic terms and the risk that the Company may not be able to identify and/or acquire additional renewable energy projects on economic terms. 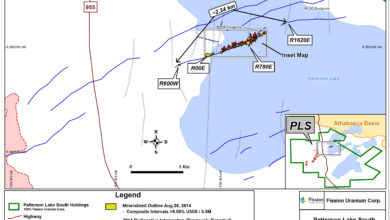 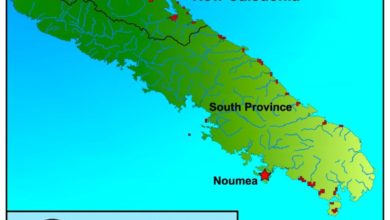