Global Warming is quite literally a ‘hot topic’ these days, and is often a major cause of contention between political parties, scientists and the public and even countries.

Just last week, Senator Jim Inhofe (Republican – Oklahoma), stood in Congress and held aloft a snowball that he had picked up outside the Capitol. With this prop, he told people that this refutes the idea that 2014 has been the warmest year on record, because if it is hotter than before, then there cannot be snow, right? Well, his analogy is deeply flawed – it would be akin to holding the great American Cheeseburger over his head and proclaiming that world hunger is a myth. Inhofe freely admits that he is not a scientist, yet he Chairs the Environment and Public Works Committee.

It’s All In The Name

The problem with ‘Global Warming’ is in its name – although globally we are experiencing temperature rises, it is the chaos that ensues as the global atmospheric systems are thrown out of balance, and yes, this can indeed include colder winters. People in general have a tough time getting their heads around long term processes that effect the planet, especially those that last longer than a human lifetime.

The media often portrays global warming as forest fires and droughts, but the effects go much further than that. The distribution of moisture in the atmosphere shifts, as more is evaporated from the oceans, thus changing air pressures. In the long run, the all important jet stream can be pushed off its course.

Only a decade ago, the jet stream used to circle the Arctic regions in a fairly tight, regular formation during the winter. But today the jet stream is bulges in continental-sized loops, pushed out of configuration by differential air masses. The result is, as we have seen, cold arctic air being swept down into the continental United States and bringing snow as far south as the Carolinas. Meanwhile, on the West Coast, we are experiencing much drier conditions as all the moisture is redirected east. This has meant no snow for many of British Columbia’s ski resorts, and even milder weather into the Yukon and Alaska.

Let’s Take A Moment To Reflect

Snow cover on such a vast area can further exacerbate the issue. White surfaces reflect so much more light and heat from the sun than darker ones; something that is known as ‘albedo’. So as this snow builds up on the eastern flanks of North America, more heat and light is bounced back into space, thus cooling temperatures further, and creating more snow. Through the winter when the Earths axis is tilted so the Northern Hemisphere points away from the Sun, the albedo effect dominates and controls the temperatures. As the axis shifts into its summer orientation, the energy from the Sun starts to win out and warms the entire hemisphere, thus melting the snow.

But this mechanism can and has failed before. Eventually, the snow cover can reflect so much light that not even the summer axial tilt can overcome it, and so snow does not melt. Over the winter, more snow builds up, cools temperatures further and this creates its own feedback loop. If we have ten summers in a row where snow persists in lower latitudes, then we are considered to be in a new Ice Age.

Ice Ages have been a fairly regular occurrence over the past million years, and they are usually driven by cycles of ‘wobbling’ in the Earths tilt, called Milankovitch Cycles. But the anthropogenic effects from increasing greenhouse gases can force the same events to occur, and force us into new Ice Ages, be them ‘mini’ ones that Europe saw in the 1300’s onwards, or major ones that brought mammoths to Florida. One thing the all of these Ice Ages seem to have in common is a rise in temperatures experienced on a global scale beforehand, along with all the chaotic weather and sea level increases that we see today.

Climate science is a tricky business, not only because it often means projecting a chaotic system into the future, but also because it is at odds with our current way of life and industrialization.

So Inhofes’ Snowball might well be the harbinger of a cold climate doom, but what is most concerning is the fact that many politicians, media and the public choose to ignore the long term processes we are already observing in climate change. If they cannot effect change now, then who knows what our future will hold?

7 Rarest Metals Which You Never Heard Of 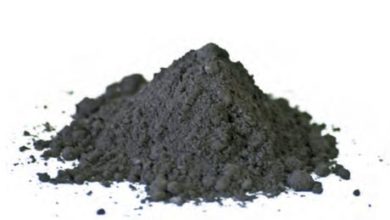 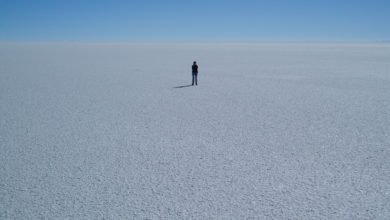 Dr. Clay: That mud bath might actually be good for you